"I thought we took a long time to make an album," the frontman jokes. Click here for Hetfield's thoughts on Chinese Democracy and Axl Rose. 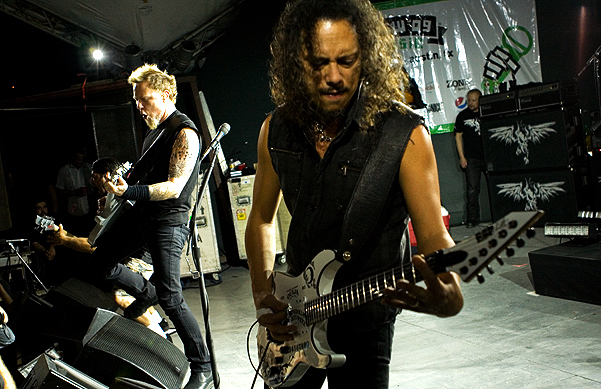 “I thought we took a long time to make an album,” Hetfield joked to The Houston Chronicle, “but you know he’s late for everything, so it makes total sense.” [Via NME.com]

However, when Hetfield finally scores of copy of the much-anticipated record he’ll “certainly listen to it,” he says, a decision likely imbued by Rose’s knack for leading a band.