Exclusive Video: Thursday in the Studio

The New Jersey post-hardcore band's Geoff Rickly takes you behind the scenes of their new record, Common Existence. 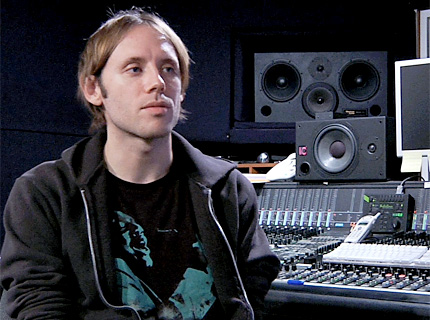 On February 17, Common Existence, the fifth album from New Jersey post-hardcore legends Thursday, will arrive courtesy of Epitaph Records. The album was recorded by the six-piece band with producer Dave Friddman at Tarbox Road Studios in Cassadaga, NY — and SPIN.com has exclusive behind-the-scenes footage from the studio, including clips of new songs!

Below, see the guys rocking out in the studio and recording new tracks while frontman Geoff Rickly talks about the album. “This is the first time I’ve looked at a lot of life’s events from an adult perspective,” he says. Watch to learn more.

William Goodman
Tags: In The Studio, the wire, thursday, Videos