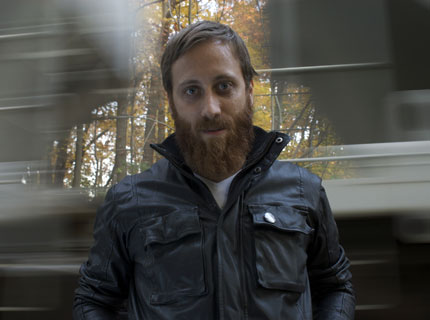 Like Scott Weiland, Conor Oberst, Anthony Green, and many others before him, Dan Auerbach, guitarist/vocalist of Akron, OH, blues-rock duo the Black Keys, is going solo with the February 10 release of his debut album, Keep It Hid.

While on the road behind the Black Keys’ latest record, the Danger Mouse-produced Attack & Release, Auerbach wrote the songs that make up the solo album. “This record is a mixture of things I like to listen to, psychedelia, soul music, country harmonies, ” Auerbach explained.

Once off the road, Auerbach retreated to his Akron Analog studio to record with a few friends and family, including his uncle James Quine, who sings and plays electric guitar on “Street Walkin.” Singer-songwriter Jessica Lea Mayfield adds vocals to “When the Night Comes” and Bob Cesare plays drums on “Whispered Words,” which was originally written by Auerbach’s father.

“I wanted a live, organic sound,” Auerbach said of the recording process. “Nothing was too plotted or planned, just a lot of spontaneity.”

In support of Keep It Hid’s release, the guitarist/vocalist will hit the road on an 11-date U.S. tour. Those Darlins and Hacienda will open each show, with the latter also acting as Auerbach’s backing band.