The French chanteuse collects on an I.O.U. from the SoCal slacker. Click here for details! 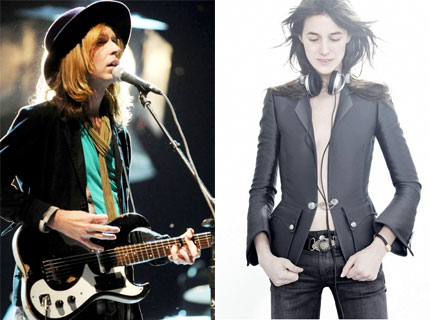 Charlotte Gainsbourg is all about family — both hers, and, it seems, Beck’s.

Gainsbourg (the daughter of singer-songwriter Serge Gainsbourg and actress-cum-singer Jane Birkin) worked with Beck’s father, David Campbell, on the string arrangements for her 2006 album 5:55 — which also featured Jarvis Cocker, Air, and the Divine Comedy. But now Gainsbourg is set to collaborate with Beck himself.

“I was supposed to work on her last album but I couldn’t get over there,” Beck told KCRW’s Morning Becomes Eclectic [via NME.com]. “Now I’m working on her follow-up record.”

The duo are said to be working in both of their native lands — Los Angeles and France.