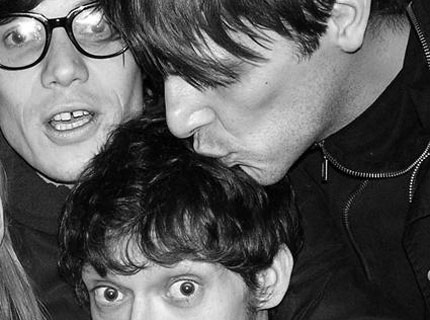 Scottish indie rock trio the 1990s are offering fans a sneak peek at their next album, which is likely to be released in February or March [via NME.com]. The new songs — “Box” and “Vondelpark” — appear on their MySpace page. The tunes were mixed in singer/guitarist Jackie McKeown’s bedroom.

“I’m not very good at technical stuff,” he writes on the band’s MySpace page. “All the needles end up in [the] red. But the recordings have charm and I hope you like ‘em.” McKeown goes on to describe forthcoming tracks, including an unnamed tune with a “hillbilly giddy-up vibe,” and teases that “more material” including nude photos and recipes will be posted to the band’s site soon.

SPINfighting: What Was the Best TV Theme of the ’90s?