New Video: The Streets, “Everything Is Borrowed”

Watch a domestic drama unfold in this clip for Mike Skinner's latest single. Plus: Check out a behind-the-scenes look at the video's creation. 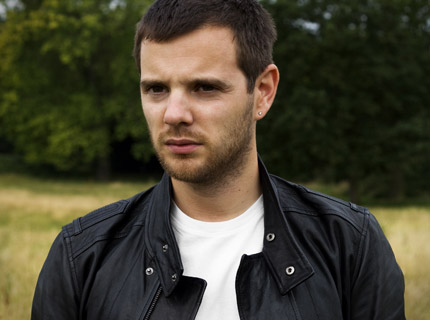 “I came into this world with nothing / And I’ll leave with nothing but love,” Mike Skinner, a.k.a. the Streets, sings on the chorus of “Everything Is Borrowed,” a tune off his just-released album of the same name. In the single’s video, however, it appears that everything is taken — that is, by a credit agency in the process of repossessing Skinner and his fictional family’s possessions. As the horn-and-string-laden backdrop swells, the tension increases as Skinner rightfully muses, “Let yesterday become today.”

In addition, SPIN.com has a special making-of clip featuring the cast and crew discussing the circumstances of the fictional repossession, as well as random topics like video games, conspiratorial murders, and, er, Olivia Newton-John. Check out both clips below.