Sia to Work with Christina Aguilera on New Album

The Australian popstress and onetime Zero 7 singer tells SPIN.com she will lend her songwriting knack to the Top 40 superstar's next album. 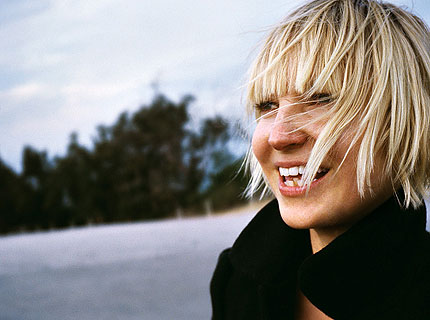 Like Tim Armstrong and Pink, Gwen Stefani and the Neptunes, and many other seemingly mismatched musical pairings, Sia and Christina Aguilera will join forces, with Sia lending her songwriting skills — and buckets of much-needed depth, humanity, and indie cred — to the soulful pop diva’s forthcoming record.

“I’m going to write with Christina Aguilera in mid-September for her next album,” Sia told SPIN.com in a video interview (which you can see here in the coming days) at Philadelphia’s Download 2008 this past weekend. “It might not work, she might not like any of the stuff I write, and it may not make the cut, but I’m pretty excited about it — I think she’s rad!”

Sia, who is also slowly constructing the follow up to her 2008 album Some People Have Real Problems, says she and Aguilera have yet to meet, but have talked about the collaboration over the phone, and that, “She was like, ‘I’m into you and I’m interested to step into your world,’ and I was like ‘Cool!'” Indeed!

Sia and Aguilera’s reps did not return requests for comment by press time.