Seasoned power-popper comes back strong with yet another solid collection of hooks. 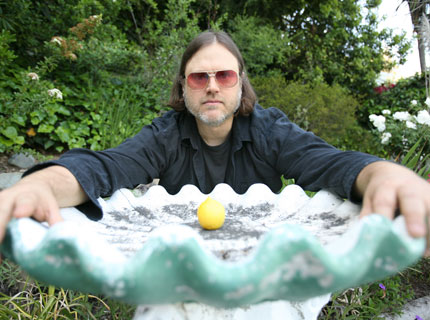 What?Matthew Sweet is known for writing immaculate power-pop. He is also known for having his hit song, early ’90s stonecold classic “Girlfriend,” on Rock Band II. For which he is more renowned largely depends (sadly) on age. But on August 26, Sweet will release a new batch of tunes with Sunshine Lies that just may convert curious gamers in to actual fans, as it’s filled with the same sugary hooks and hummable guitar lines as the remainder of his storied catalogue. Of course, it doesn’t hurt when one is working with bona fide proto-punk guitar icons like Richard Lloyd (Television) and Ivan Julian (Richard Hell & the Voidoids), along with guitarist Greg Leisz and drummer Ric Menck (Velvet Crush).Ultimately, though, it’s about the songs, and they’re strong from the soft coo of “Byrdgirl” to the bop-along pop of “Let’s Love.”

Who? Born in Lincoln, Nebraska, Sweet moved to perennial indie-rock hotbed Athens, Georgia after high school to attend the University of Georgia, and spent a number of his formative musical years in the town’s budding music scene. While in Athens, Sweet played with a number of different bands before he was eventually signed to Columbia Records as a solo artist in 1985.The rocker released his first solo record in 1986, but did not find massive success until five years (and multiple labels) later, when he released Girlfriend in 1991.Ever since, Sweet has dropped a steady stream of records both as a solo entity and with other bands.

Fun Fact: While Sweet is largely known as a solo musician, he’s collaborated and played with many of notable repute, including fellow Athenian and R.E.M. frontman Michael Stipe, with whom Sweet collaborated on the 1983 project Community Trolls.