With the aid of the World's Fair Label Group, the New York-based psych-rockers will self-release their yet-to-be titled third studio full-length. 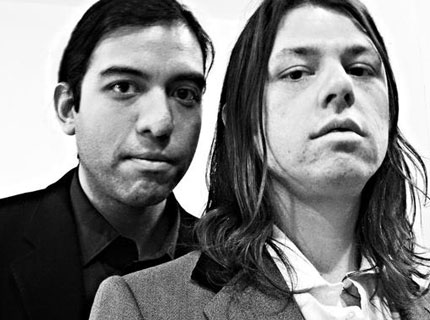 Following in the footsteps of fellow major label ship-jumpers …And You Will Know Us By the Trail of Dead and — most notably — Radiohead, among many others, New York-based space-rockers Secret Machines have announced plans to self-release their third record, tentatively set to come out this fall.

After putting out their last two records via major label Reprise, the Brandon Curtis-led outfit will be assisted with “day-to-day label services” by the World’s Fair Label Group, confirms a statement, while releasing the as-yet-untitled LP themselves. Can’t wait to get a taste of the Machines’ latest secrets? Check out footage of the band hard at work on the much-anticipated set at New York City’s famed Electric Ladyland Studios right here.