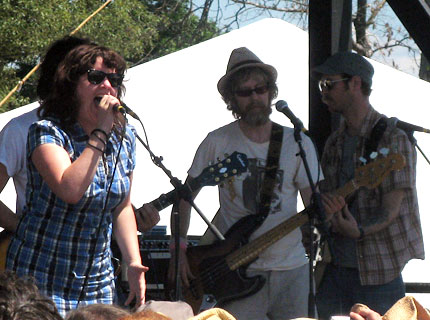 Broken Social Scene got an early start Sunday, appearing at Bonnaroo’s tiny Solar Stage for a quick, half-hour prequel to their proper set later that evening. Despite the scorching heat, hundreds packed the narrow corridor in front of the stage while the Canadian rockers eased through a relaxed set of older material with the help of contributing Broken Social Scener (and most recognizably of Stars) Amy Millan, who joined the band for the majority of the performance.