Thanks to a renewed sense of fun and a clutch of great rock songs about, um, rock -- not to mention some good ol' marital relations -- Weezer are riding high. Not literally, of course. 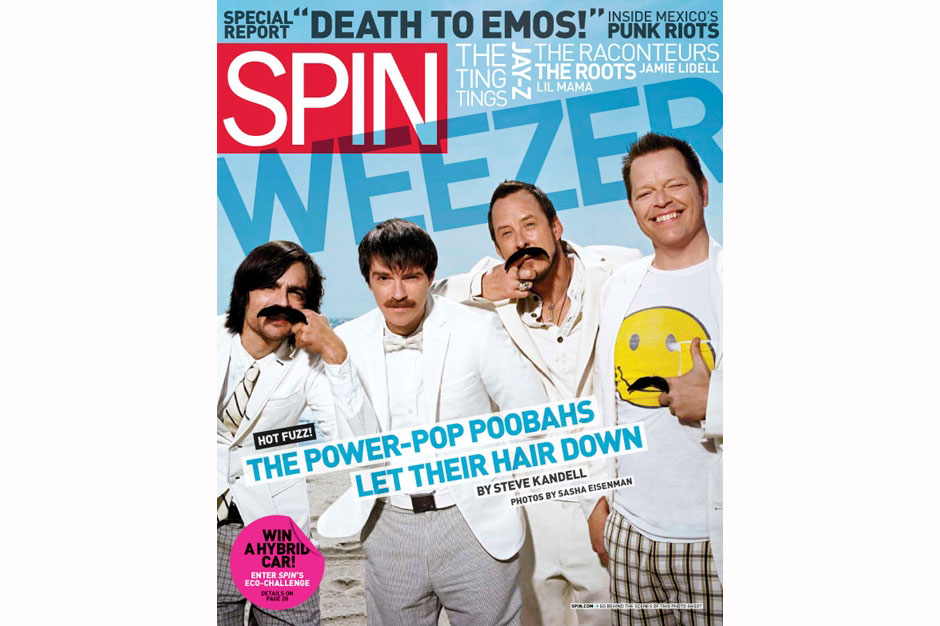 Our June cover story involves some old friends: Weezer. Deputy editor Steve Kandell checks in with the Weezer camp, taking stock of the power pop poobahs’ perch at this point, six albums deep into their career. Follow Spin inside Rivers Cuomo’s modest abode and bedroom, where we wield his first guitar, browse his loose-leaf binders, and ultimately discover how the band navigated around many rock’n’roll pitfalls to make it this far, to the launch of “The Red Album.”

Read the whole story in the June issue of Spin, on newsstands now. Subscribe to Spin here.

Here on SPIN.com, we’ve got behind-the-scenes video from Weezer’s cover shoot in Venice Beach, featuring a little interview with the band and loads of footage of their scooter ride down the Ocean Front Walk, which includes a nearly catastrophic collision between Brian Bell and a cyclist (check the 45-second mark).