Prolific, Chicago-based principal Tim Kinsella returns with Boo Human, a wildly eclectic collection of avant-garde punkers to pluckers, out May 20. 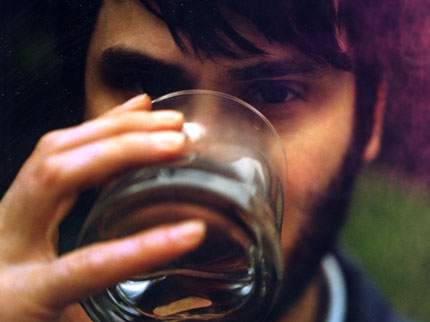 What? As his twelfth full-length under the Joan of Arc nom de tune, and umpteenth release among numerous other bands and short-lived musical projects, Boo Human, a 14-track set out May 20 via Polyvinyl, is yet another testament to Tim Kinsella’s prolific mind and craft.

But don’t let his vast, ever-growing oeuvre overshadow this album’s worth. Wildly eclectic, arty and stretching from jazzy post-punkers (“Laughter Reflected Back”) to string-laden, haunting mini-dramas (“9/11 2″) and everywhere in between, the new set sees Kinsella’s layers-upon-layers recording style shine, notably with “A Tell-Tale Penis,” with its tangle of guitars, tapping-from-all-directions keys, and wacky too-many-words-for-one-stanza shots.

Who? Joan of Arc is the project of restless singer/songwriter Tim Kinsella, a former member of defunct yet highly-influential emo act Cap’n Jazz (formed by Tim and brother Mike Kinsella), as well as a constituent of the Sky Corvair, Owls, Friend/Enemy, Everyoned, and Make Believe, in addition to having released material as Tim Kinsella(s).

Fun Fact: Recruiting some 14 pals (including his bro Mike) to contribute to Boo Human, Kinsella kept order by using a time sheet, having each musician sign up with the times they were free to record their respective parts. Once the time table was complete, the album was put to tape in order of availability — evidently all were busy at the get-go, thus “Shown and Told,” a solo Kinsella ditty, opens the record.

Now Hear This: “A Tell-Tale Penis”

New Music: Stream Joan of Arc’s He’s Got The Whole This Land Is Your Land In His Hands