The 6 Funkiest Masterminds of All-Time

James Brown gave the world “Get Up (l Feel Like Being a) Sex Machine,” while George Clinton’s “We Want The Funk” is essentially the National Anthem of funk. See Sly Stone’s “Everybody Is A Star” or Prince’s “Purple Rain” for equally undeniable anthems.

The title of “funkiest of all-time,” however, suggests extraordinary qualities beyond musical talent. By cultivating their respective sonic and sartorial styles, these fiercely talented pioneers challenged conventional notions of identity and captured the creative consciousness of generations. Still considered legends today, SPIN looks back at The 6 Funkiest Masterminds of All-Time. 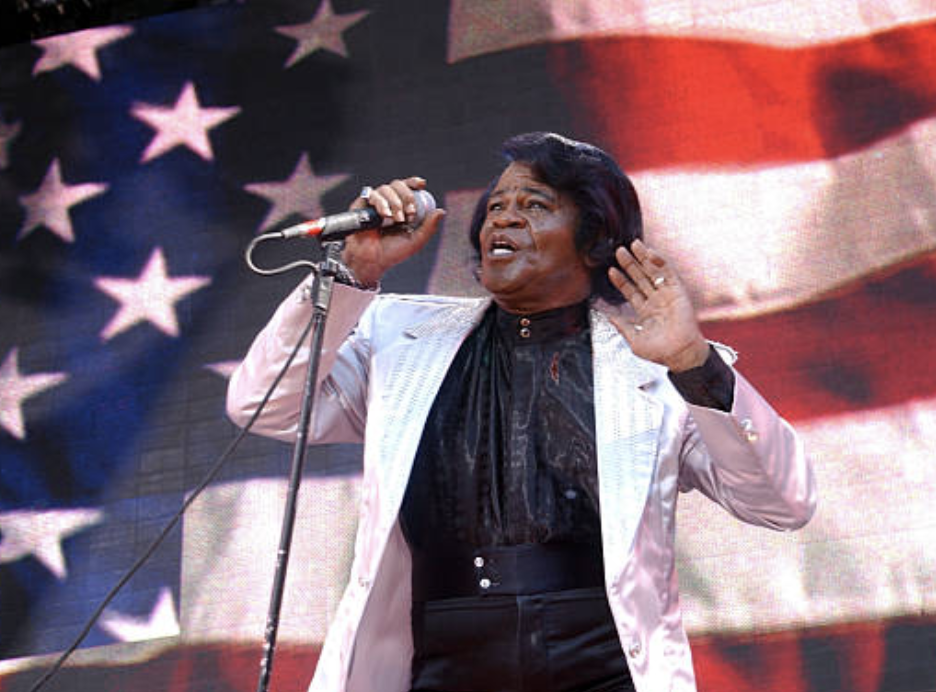 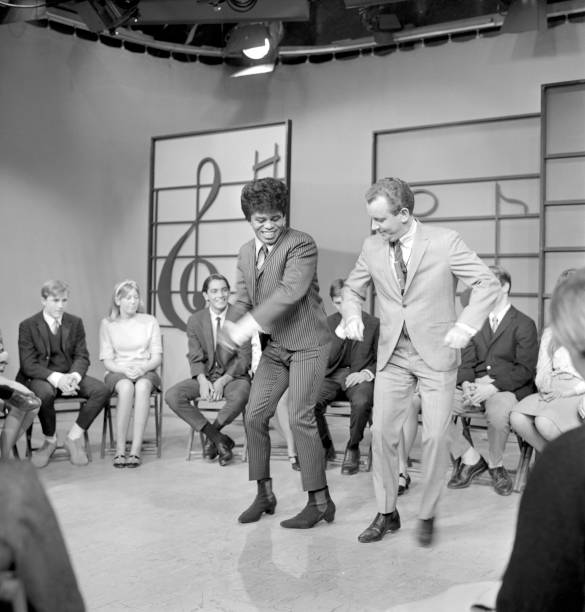 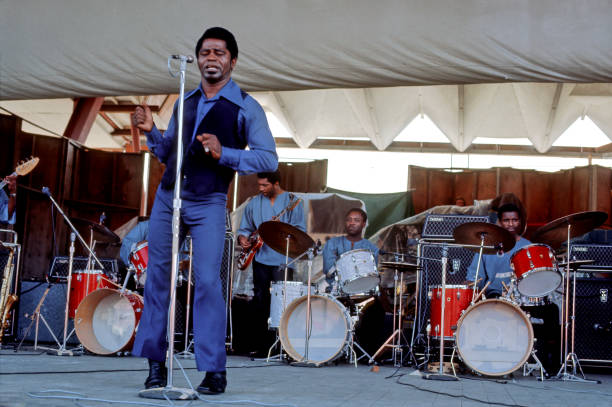 orator. Through his mastery of popular dances at the time, such as "the mashed potato" and "the camel walk," Brown dazzled audiences during his tightly packed schedule. 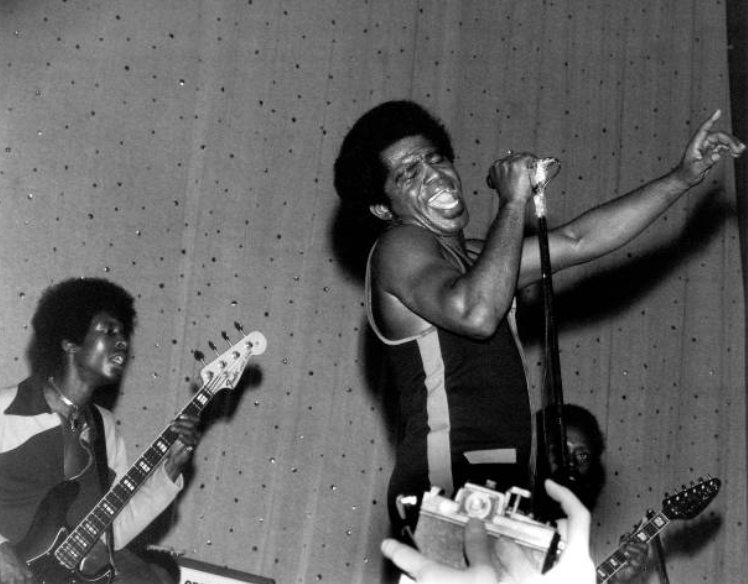 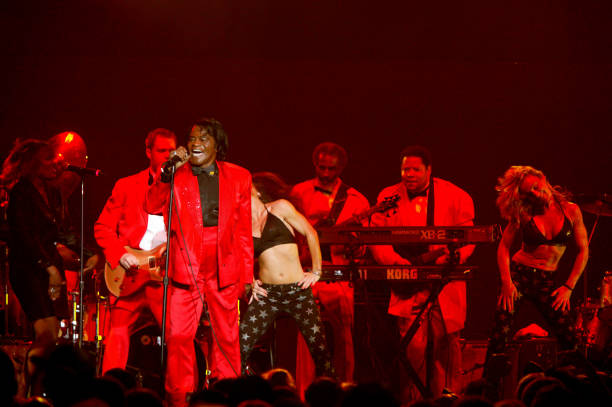 As a singer, songwriter, arranger, and dancer, James Brown was one of the most influential artists of the 20th-century. His approach to soul music wasn't afraid to scream and shout, to feel ecstatic while simultaneously on the verge of tears. 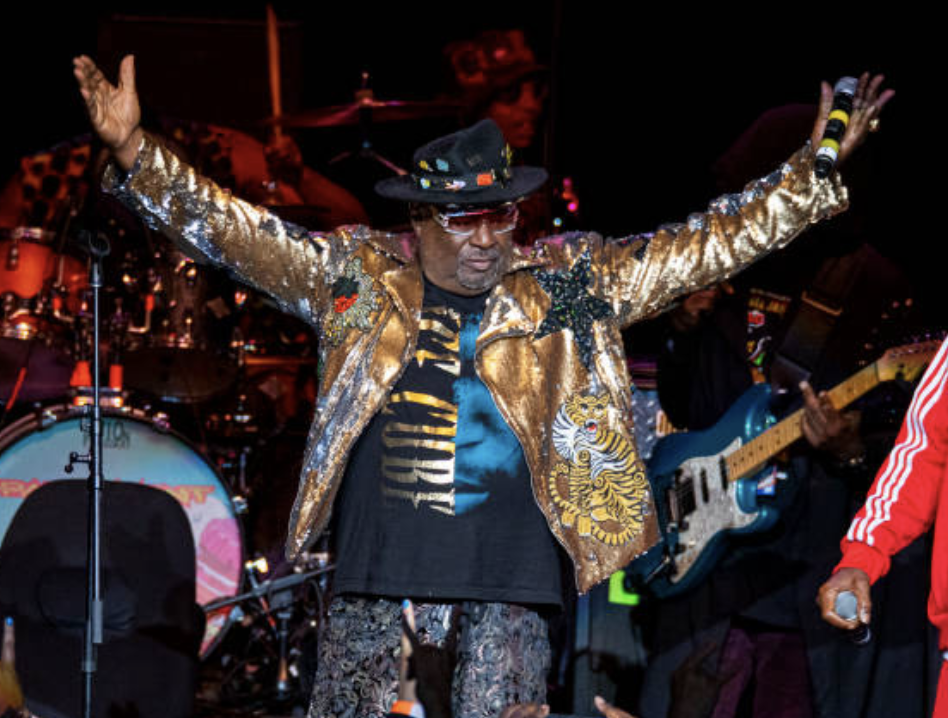 George Clinton was born in 1941 in Kannapolis, North Carolina. Soon, though, his family resettled to Plainfield, New Jersey. This is where he grew up and formed the famous Parliament-Funkadelic collective. With two titular groups, Clinton infused his iteration of funk with bits of rock, soul, electro, and psychedelia. At the time, there was nothing like it. 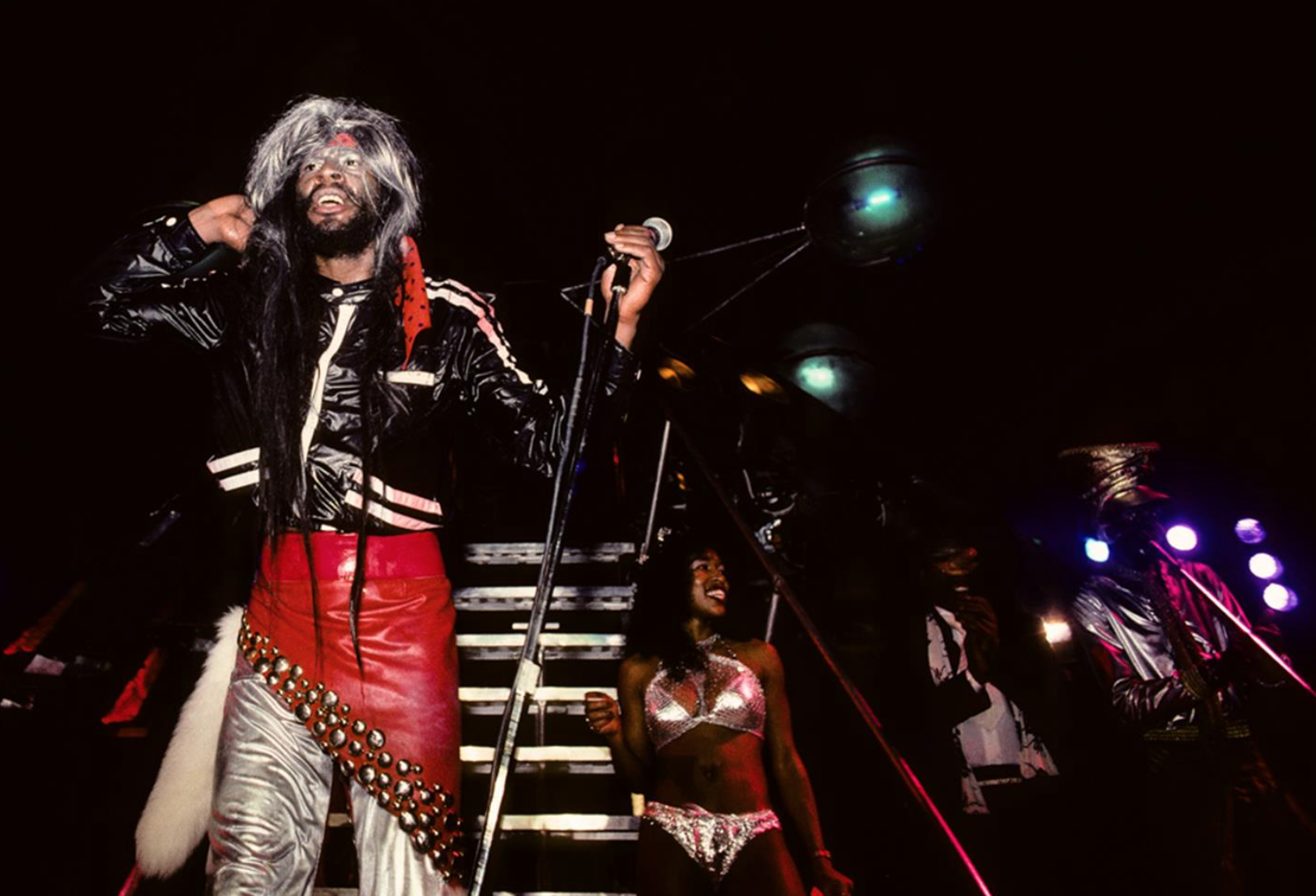 As "The King of Funk," George Clinton has never been a shy dresser. Here he is as frontman, on stage with his group Parliament-Funkadelic, in 1978. The band commonly incorporated science fiction inspired build-outs on stage, giving their live shows the feeling of theater performances. Clinton has been known to sport wigs or long, dyed extensions to add to his otherworldly aesthetic. 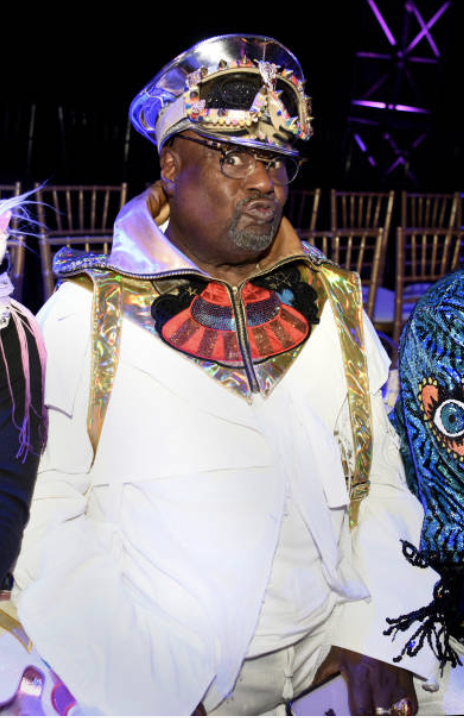 George Clinton was inducted into the Rock and Roll Hall of Fame in 1997, alongside 15 other members of Parliament-Funkadelic. As the captain of the mothership, Clinton steers this cosmic vessel, deploying his masterful touch to ensure the band is headed in the grooviest direction. Here, Clinton is photographed in his signature style, one that seamlessly blends steampunk with a futuristic, royal flare. 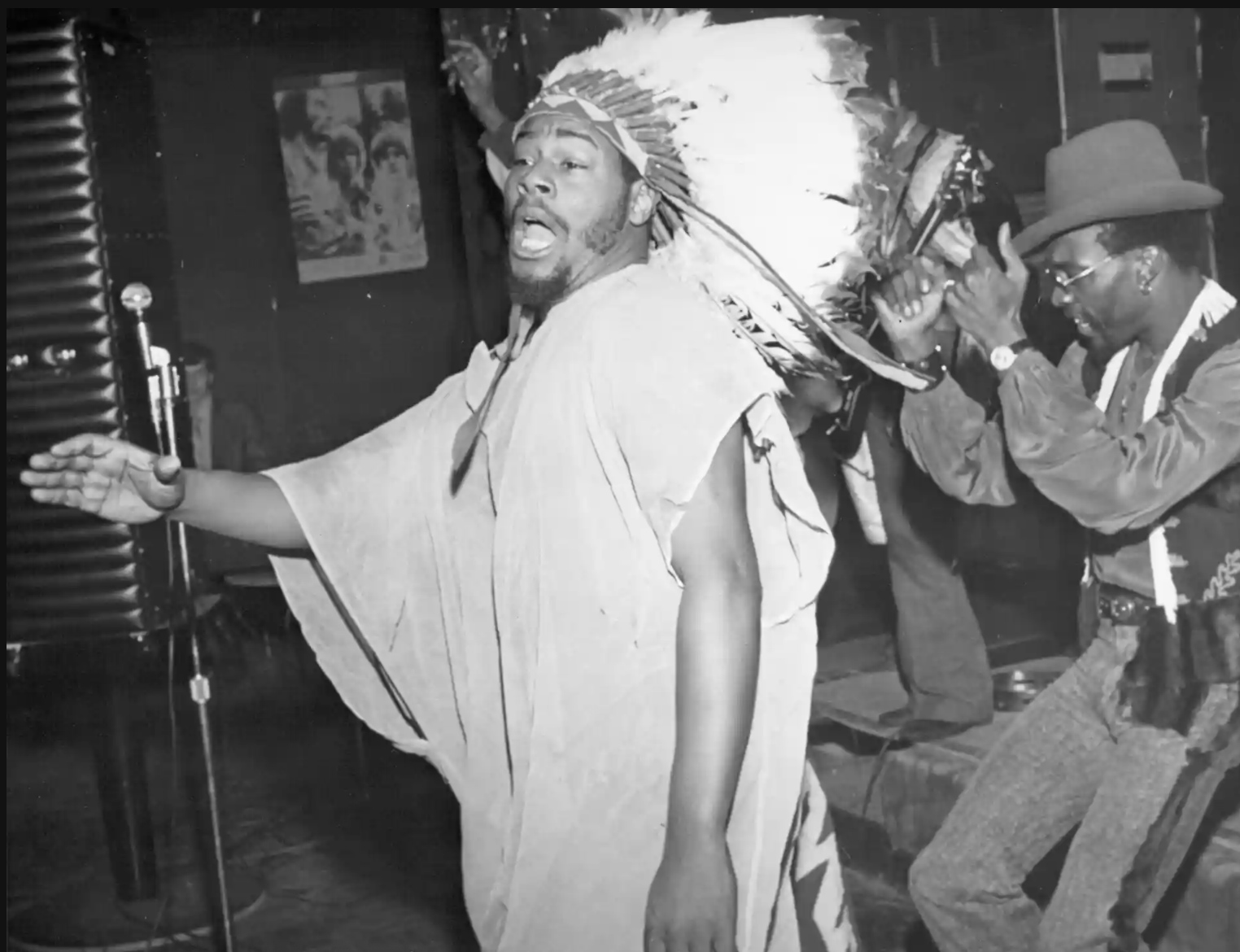 In the late ’60s, long before the Mothership landed, Clinton was already stretching on-stage boundaries. He and members of his band—then known as the Parliaments—often wore tribal regalia that enhanced their stage presence and the audience's engagement. 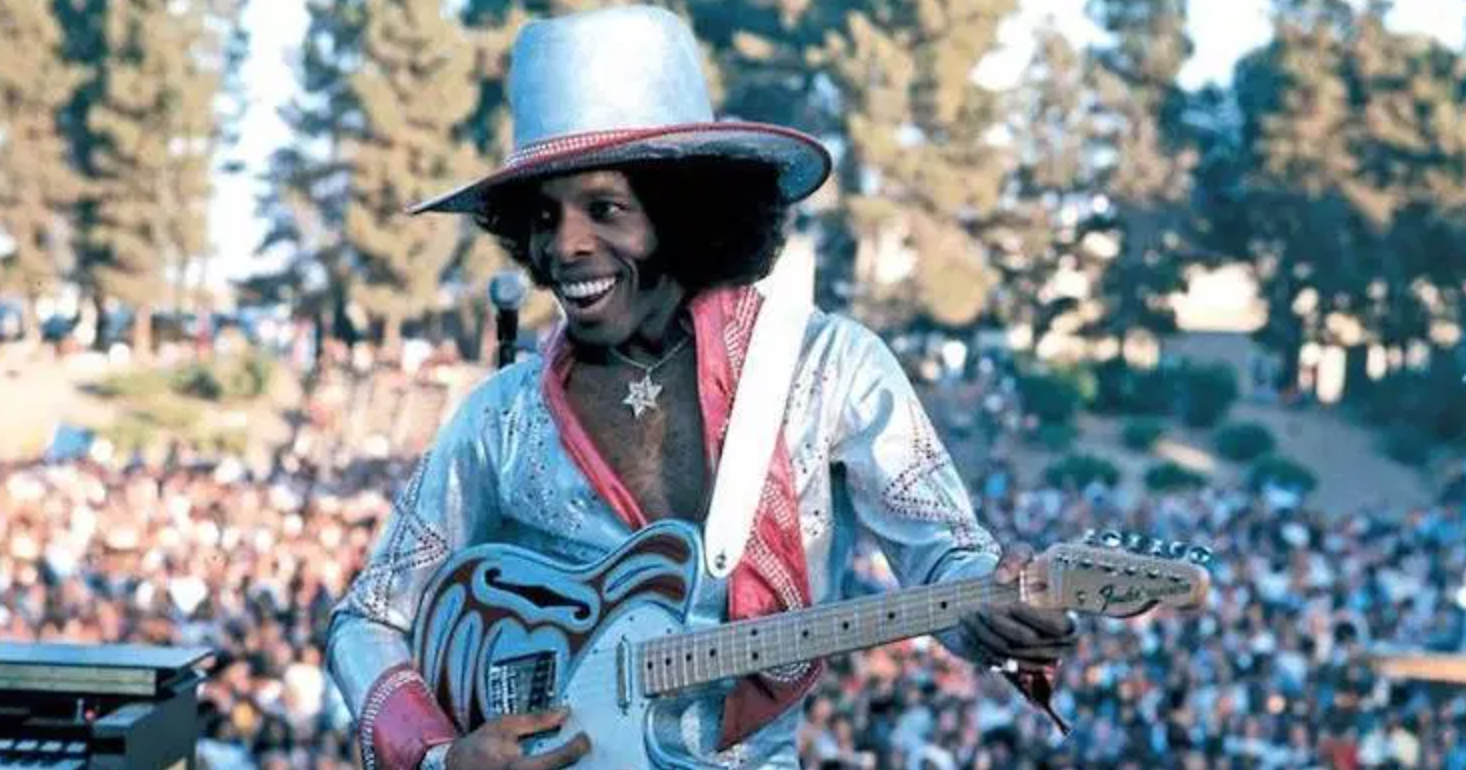 Known for his warm mix of psychedelic, hand-clapping soul, righteous funk, and rock, Sly Stone was a prolific innovator. Born in Denton, Texas in 1943, his parents eventually moved the family to California. Living in the San Francisco Bay Area, Sly mastered several instruments at a young age before becoming the frontman for his group, Sly and The Family Stone. 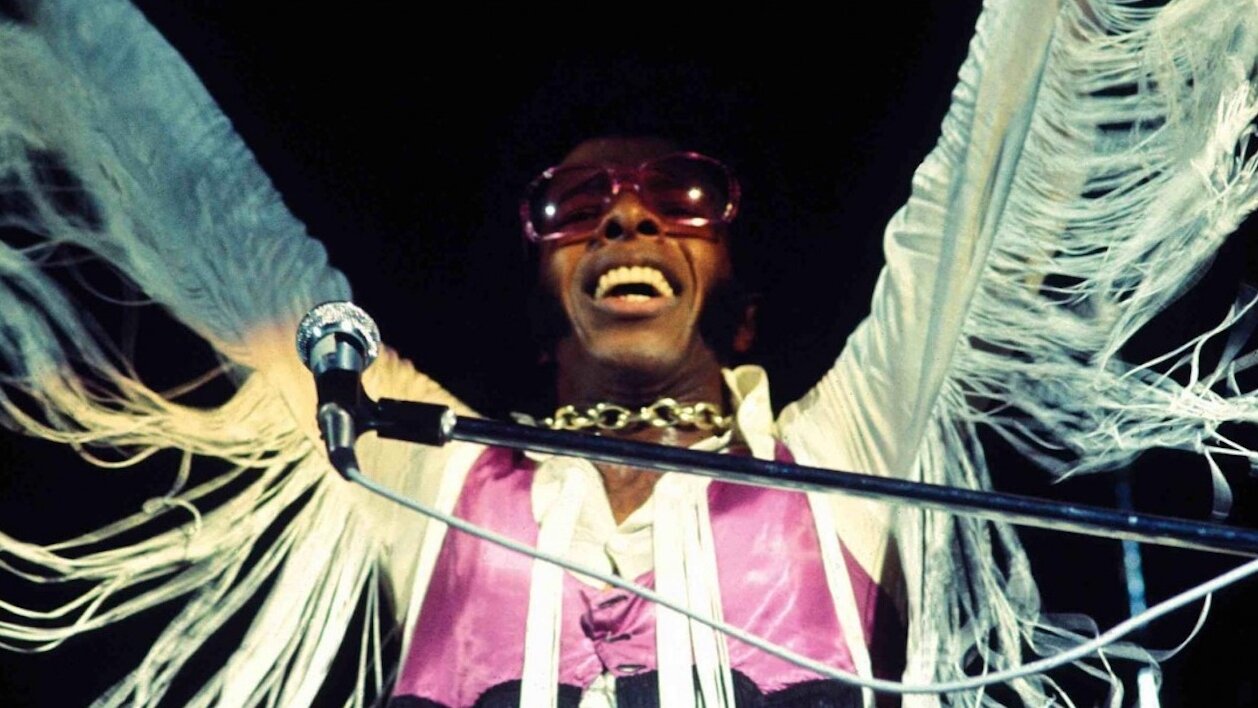 Sly Stone's radical views on racial and sexual identity made him a controversial figure throughout the 1960s and ’70s. A proponent of "free love," Sly was known to keep a violin case of various drugs with him when he traveled, which he shared genersouly with others. Stone embraced taking drugs and sexual experiences in abundance. His bold and carefree attitude caried over into his music as well. Stone was flashy and had the musical chops to match. This same approach would have long-lasting influence on other musicians throughout the 1980s, notably Prince and Rick James. 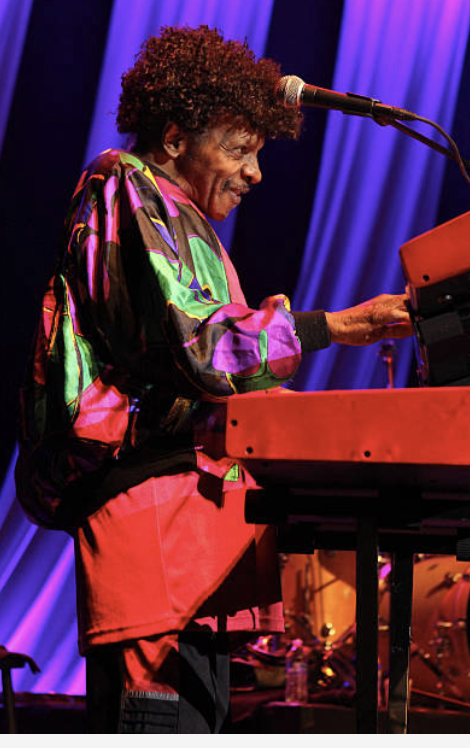 Sly Stone has continued to record new music into the current day. Here, Stone's propensity for mixing stark colors together in his wardrobe can still be seen as he performs his song "If You Want Me To Stay" with The Family Stone during Hippiefest 2015 at Count Basie Theater in Red Bank, New Jersey. 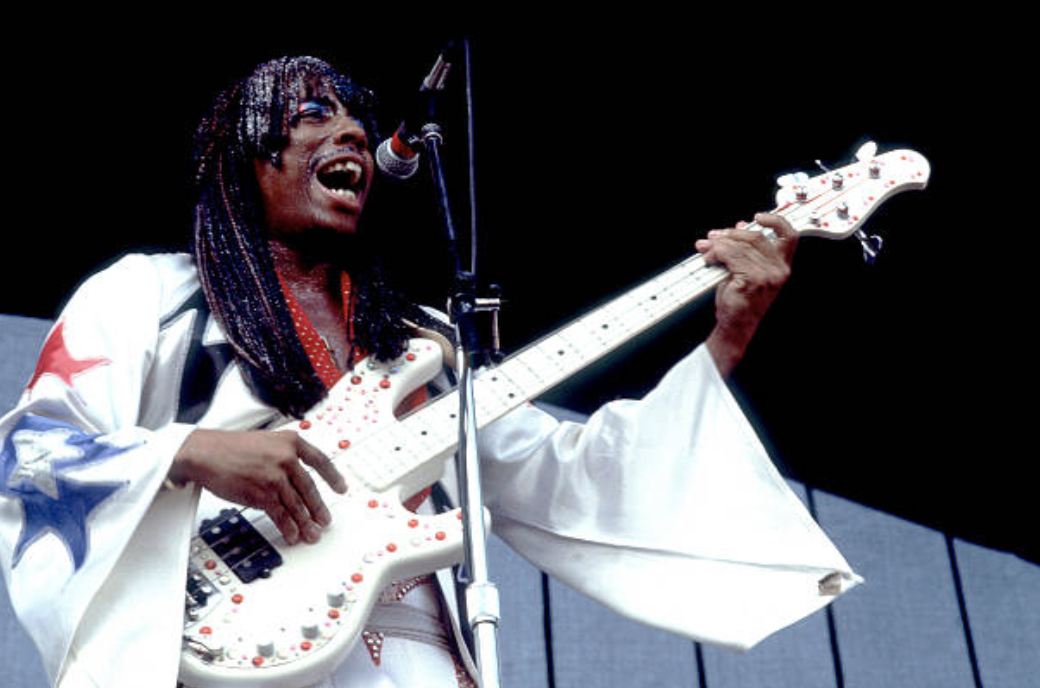 While James's career would later be stifled by drug addiction and legal issues, his impact on funk and popular music remains indelible. Following Street Songs, James released 1982's Throwin' Down and 1983's Cold Blooded to critical acclaim. After a brief cameo on Chappelle's Show in 2004, James passed away due to heart failure at the age of 56 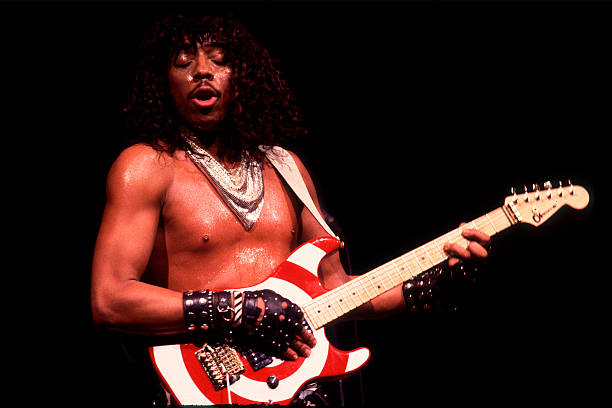 Born in Buffalo, New York in 1948, Rick James began his musical career in his teen years. He cultivated his own musical style. Though heavily influenced by rock and new wave, his sound was cutting edge, using new drum machines and computers that would quickly find reshape the sound of popular music. 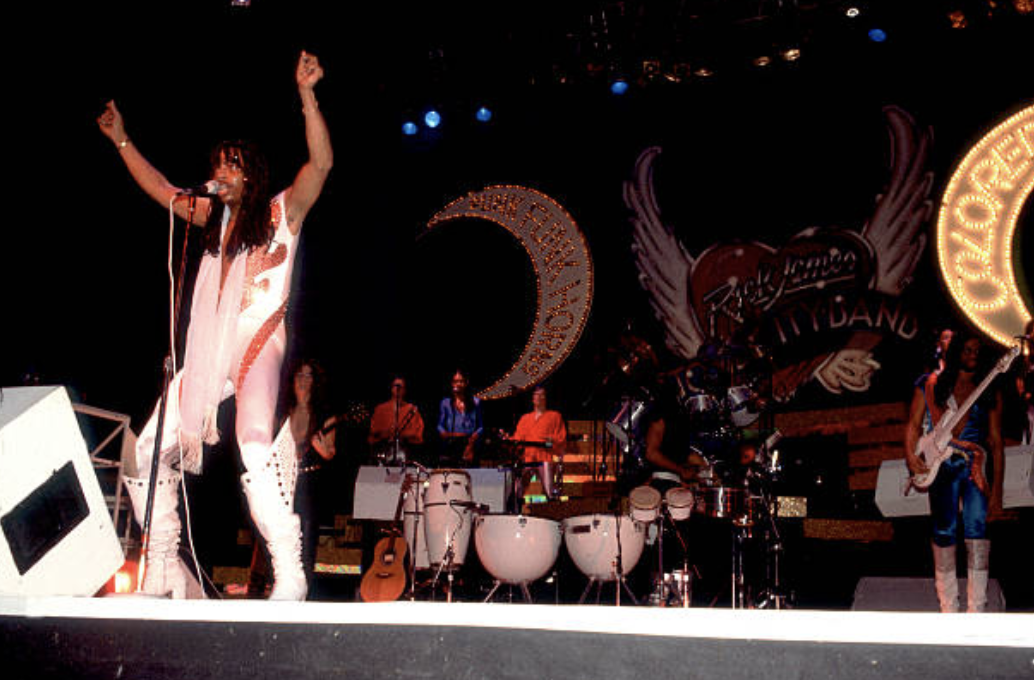 Street Songs would become James' most popular album. The LP consisted of a hybrid of styles that eventually led James to develop his own signature style of "punk funk." This vibrantly electric R&B would go on to be the sound that embedded James into so many Greatest Hits compilations of the '70s and '80s. 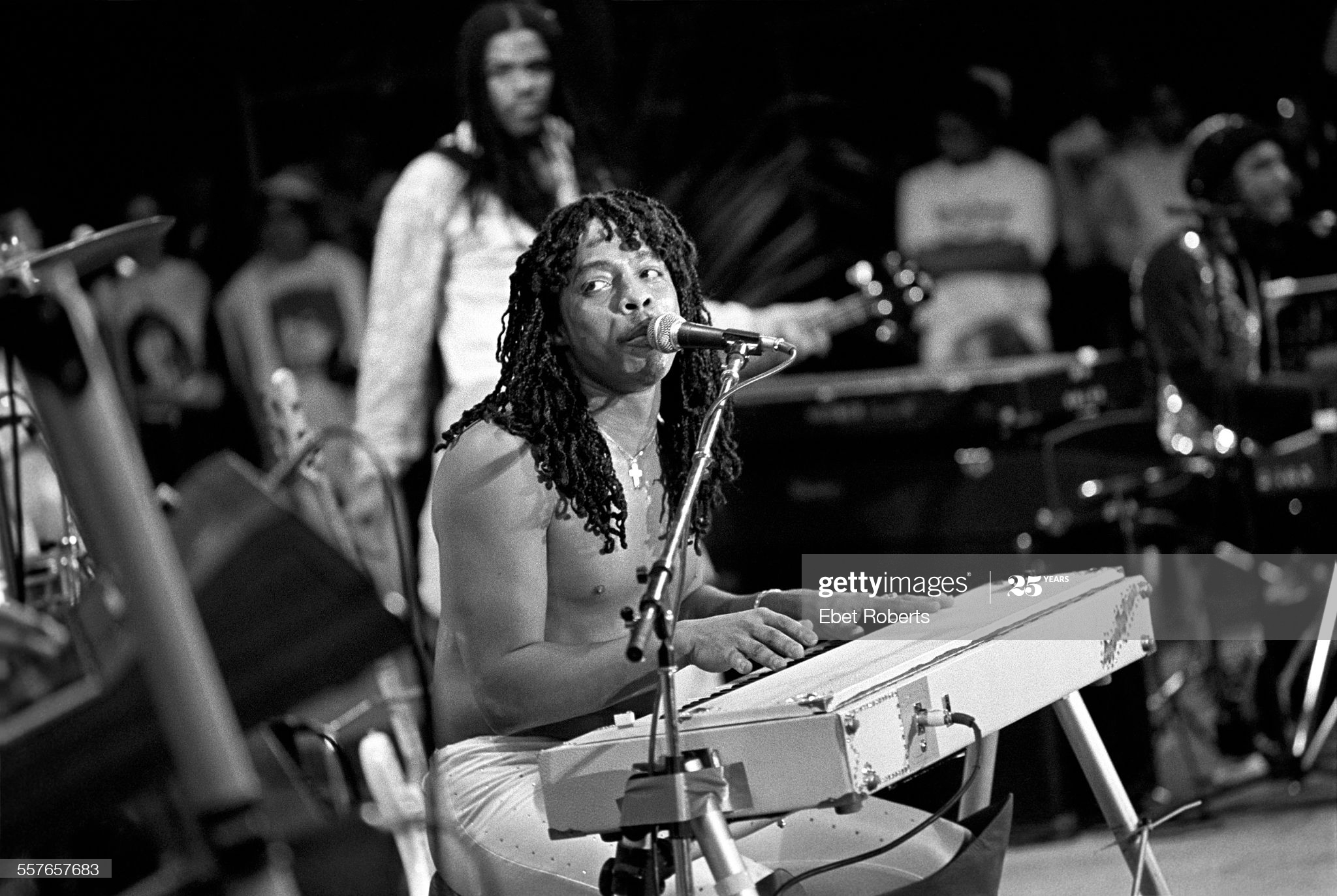 From the late 1960s through the ’80s, James created large, full-sounding multi-piece band compositions with enough shimmering synthesizers and slap bass to keep the party rocking long into the next morning. Many of these songs, including "Super Freak," and would become synonymous with the party culture of his heydey. 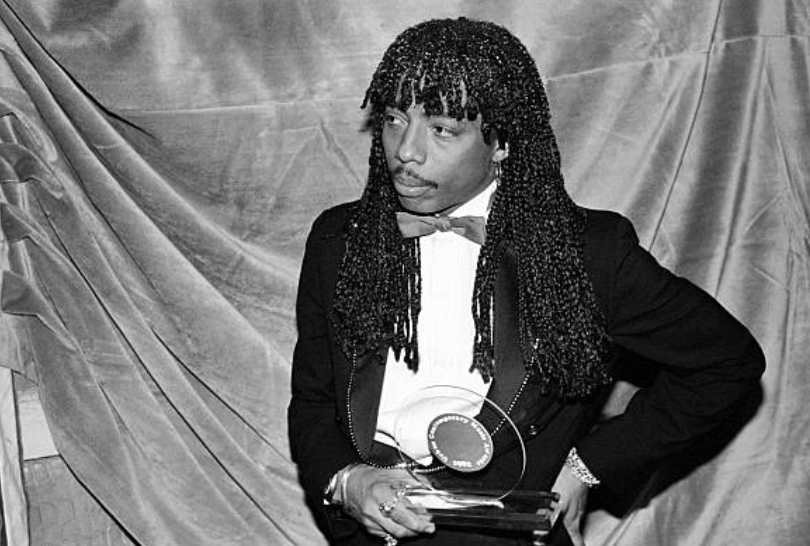 Known as The King of Punk-Funk, Rick James created a dense blend of disco, rock and new wave that was undeniable in its danceability. The songs pulled inspirtation from sexual fantasies, or James' own hedonistic indulgences, which became the palate for his wild brand of funk music. On his career-defining hit, "Super Freak", which peaked at number 16 on the Billboard Hot 100, and sold over 1 million copies, James revealed his ability to crossover into popular music. 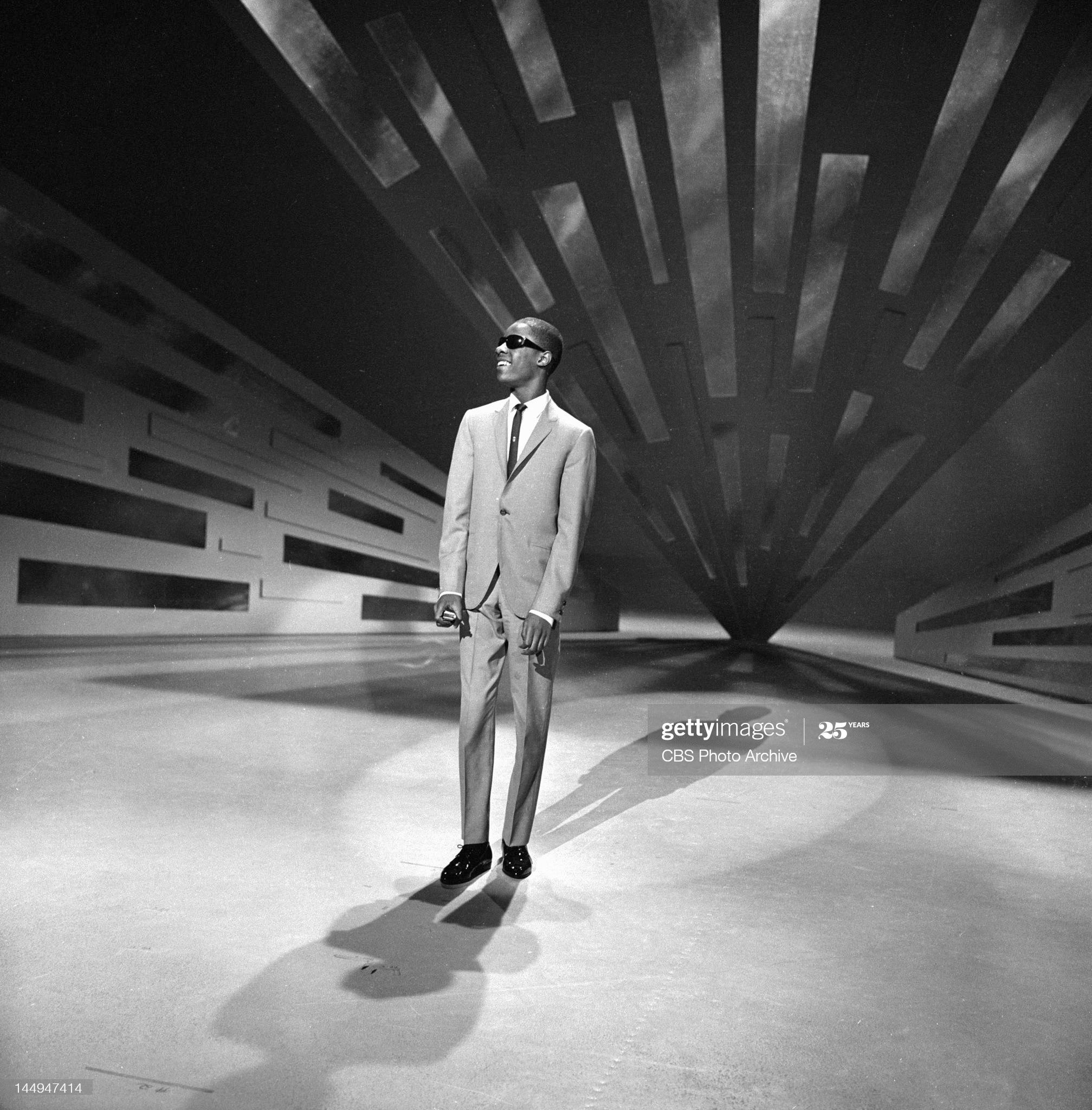 In May 1963, a 12-year-old Wonder gave an electrifying perormance of "Fingertips," which became a huge smash. You can still listen to this original performance on the album, Recorded Live: The 12 Year Old Genius. "Fingertips, Pt. 2" became Wonder's first No. 1 song, reaching the top of both the R&B and pop charts. By the 1970's, Wonder's critical success was at its apex. 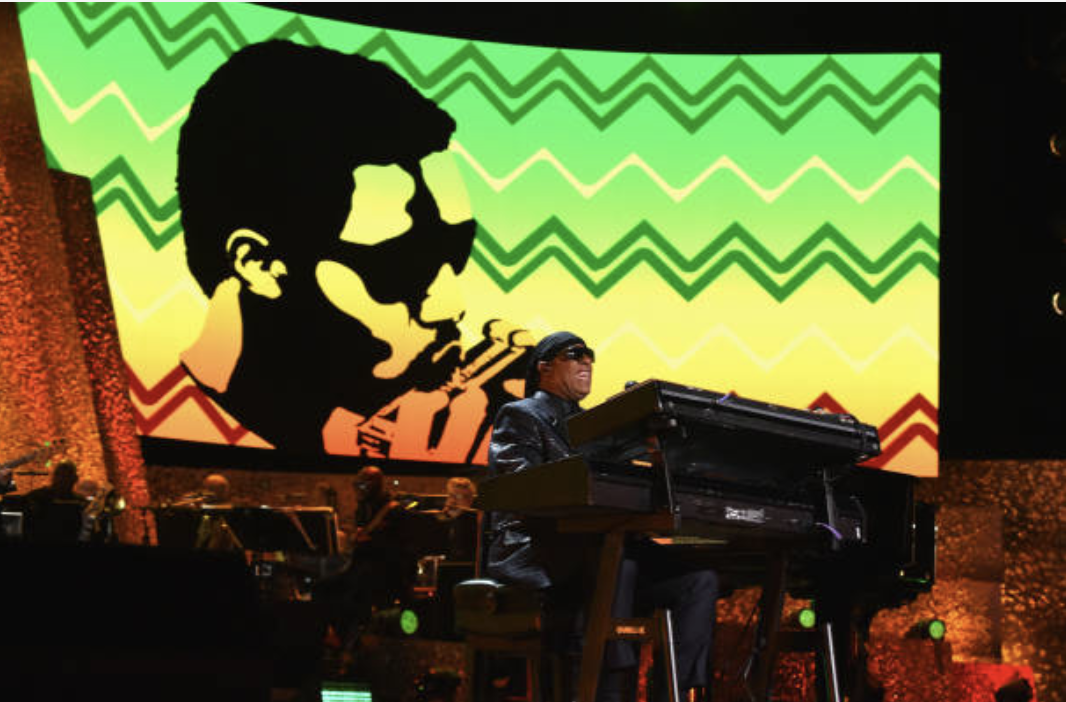 Born in Saginaw, Michigan, on May 13, 1950, Stevie Wonder went blind at an early age due to retinopathy of prematurity. This condition had a significant impact on the way he used his hearing. By the time Wonder had turned 10-years-old, he had taught himself how to play the harmonica, piano, and drums 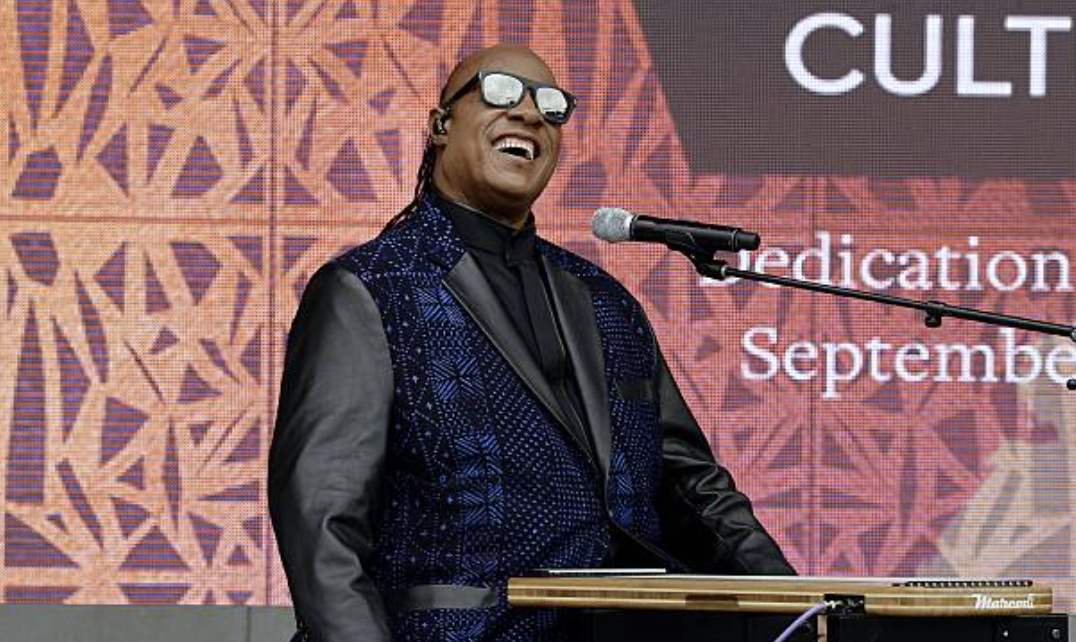 "He's so multitalented that it's hard to pinpoint exactly what it is that makes him one of the greatest ever. But first, there's that voice. Along with Ray Charles, he's the greatest R&B singer who ever lived." – Elton John said of Wonder during a Rolling Stone interview on Dec 3rd, 2010. 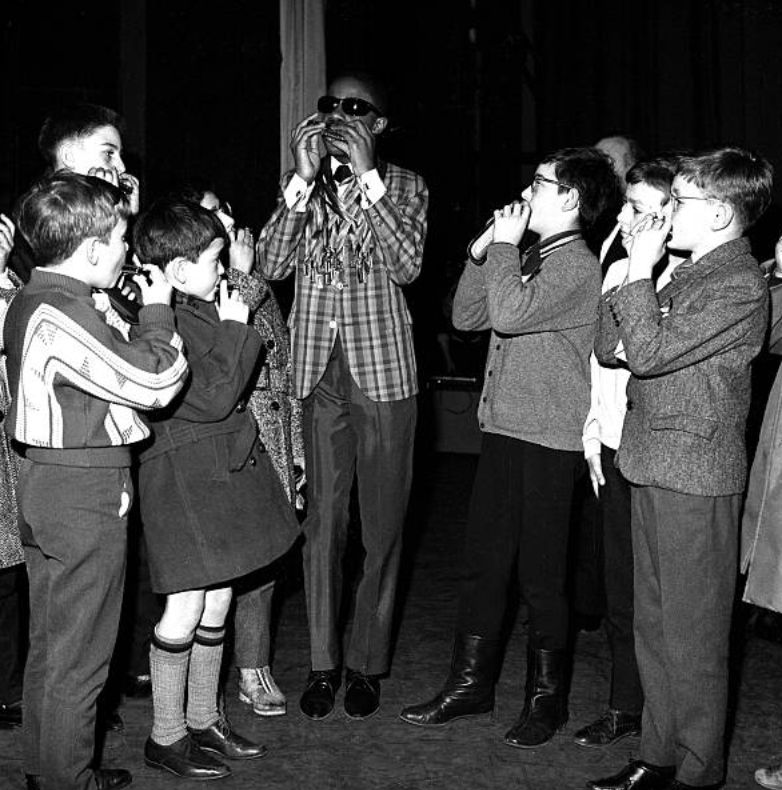