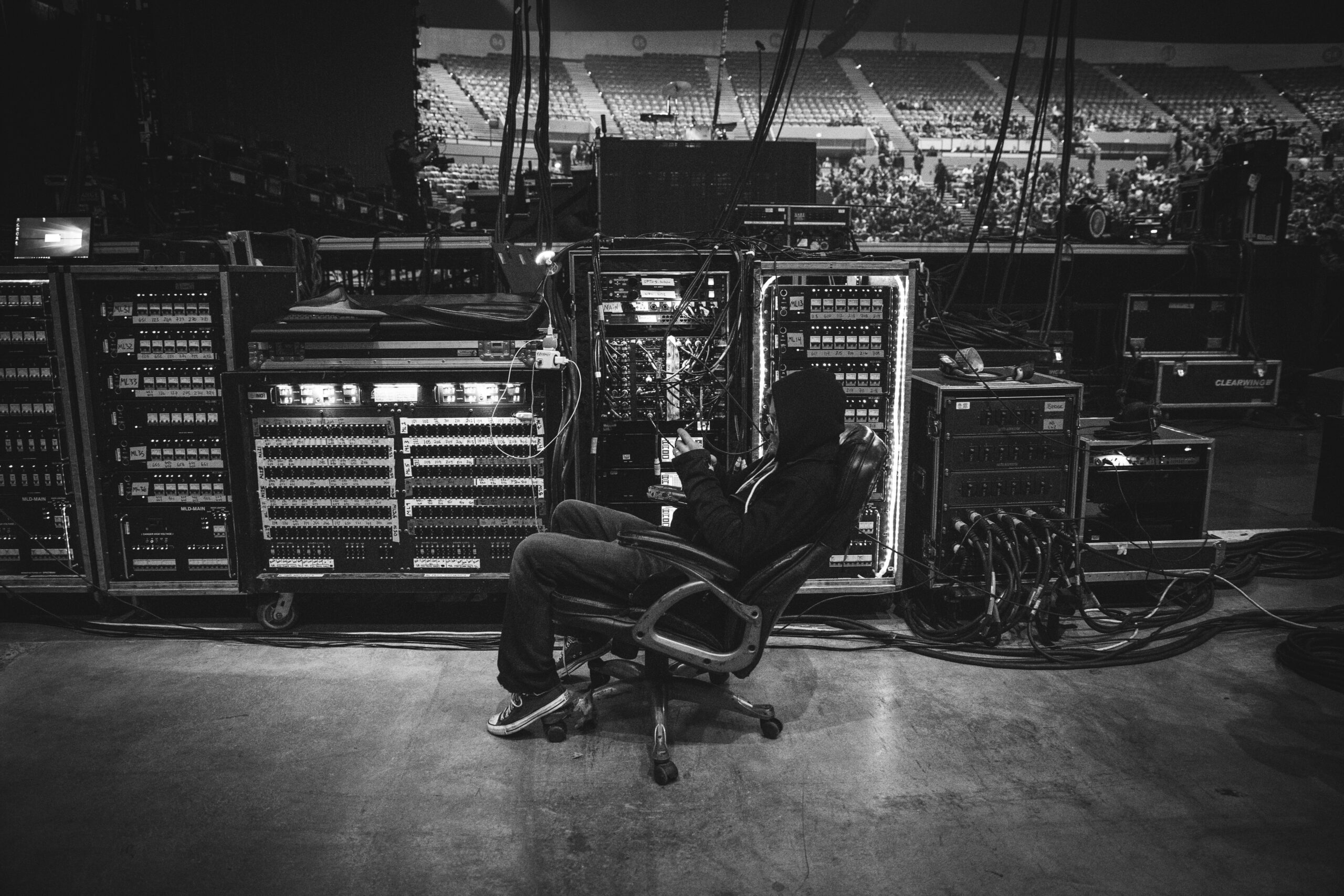 Just 10 years ago, no one would have believed that blockchain could one day revolutionize an entire world. What is already evident today in the gaming industry, for example, could soon become the standard in completely different industries. The blockchain is safe! Lately Ethereum casinos enjoy great popularity, not least because of their high security standards and protection against fraud. But what impact could this technology have on other sectors, such as the music industry?

Much suffering for the music industry

The music industry as it had been known for decades has changed drastically in the last ten to twenty years. Fewer and fewer physical records have been sold, with consumers turning to digital media instead. Record sales and concerts were the main source of revenue for many artists until 20 years ago, but today very few can cover their costs with them. Today, revenue streams are piecemeal; it takes different income streams for smaller artists to survive.

These include merchandise sales, collaborations with brands, revenue from streaming, sales of digital works, and more. Fans are only partly to blame, though. Of course, there are more and more fallback options for downloading music tracks illegally without paying. However, many fans are quite willing to support their favorite musicians financially, only the options are missing.

A new era of music begins

Cryptocurrencies have been the talk of the town for a few years now, and even those who have not yet studied the subject in depth have at least heard something about it. The blockchain process is the basis for the functionality of cryptos and it could now also revolutionize the music world. In the form of NFTs! There are already a few artists who are betting on exactly this and have been able to make huge profits from the sale of NFTs. These include Kings of Leon, Deadmau5, Tory Lanez and Grimes, for example. But what is this NFT anyway?

What are NFTs and what is their significance?

The abbreviation NFT stands for “Non-Fungible Token”, which means a unique good. An NFT is fundamentally unique, non-exchangeable and non-reproducible in its quantity. Anything that has an individual value for interested parties that cannot be fixed with a price can be an NFT. However, the focus here is particularly on digital works of art and, in the music industry, especially musical works.

Blockchain technology makes it possible to attribute digital goods directly to an owner. This makes it possible to trade digital works of art. So far, trading exchanges, as well as auction houses, have proven successful for purchases. Imagine an original painting by the famous painter Picasso. It is copied millions of times in the form of art prints, but the original always remains the original.

The principle of NFT works in a similar way. You can copy it digitally and pass it on, but in the blockchain the ownership is irrevocably stored. The blockchain is a transparent way to trace any information. With each NFT, you can see who is currently in possession. Due to the transparency on the one hand and the high forgery protection on the other hand, the blockchain is considered to be non-attackable and very secure.

Regulate the purchase through smart contracts

Smart contracts, which are directly integrated into the blockchain, can be used to define conditions for the sale of NFTs. Put simply, a smart contract is a contract that is anchored in the blockchain. It is unambiguous and always binding. As soon as a contractually defined case occurs, a chain reaction is triggered and a consequence is carried out. No direct communication is necessary between buyer and seller.

Thanks to Smart Contracts, it is possible for the actual creators of an NFT to participate in the resale in the form of royalties. This is because: smart contracts refer directly and inescapably to the NFT and do not allow any change. The traceability of the NFT can prevent authors of works from being cheated out of the payment they have earned.

Can NFTs point the way to the future of the music industry?

Experts are unsure what impact NFTs will have on the entire music industry in the future. For new, young artists growing up in a digitalized world, the hurdle is presumably less high than for long-established exceptional artists whose world is different. However, the latter are also far less affected by financial losses, because they can often already make a living from their previous earnings.

For the creators of NFTs, the new technology is definitely a helpful mainstay that can help generate income. Smart contracts make it possible for the creator of a work to also participate directly in its increase in value, and ultimately it is precisely those artists who have created a work and thus have the greatest entitlement to profit from it.

Theoretically, implementability would also be possible outside the virtual world, for example by issuing certificates of ownership. However, the blockchain offers not only simple, but also almost forgery-proof technology, which already makes it so irreplaceable for the world of cryptocurrencies.

Probably the biggest problem with NFT technology at the moment is its high energy consumption and the fact that payments are currently limited exclusively to cryptocurrencies. Anyone who does not use a cryptocurrency themselves or is not comfortable with the topic is automatically excluded. In addition, potential investors could also be deterred if they cannot or do not want to become friends with cryptocurrencies.

NFTs will change the music industry

The power and computing consumption of NFTs is enormous, however, this is not a new development in the world of blockchain technology. Cryptocurrencies and NFT trading are thus not considered climate-friendly, which is one of the main criticisms. However, it is expected that much greener consensus models could be used in the future. It is also often criticized that the use of a wallet is a prerequisite for trading NFTs. However, since this is already known from the cryptocurrency sector, it should not be a restriction for blockchain fans.

In summary, it is a good way to give artists the opportunity to participate in the increase in value of their own works and especially new music will profit. Smart contracts set the stage for maximum security here, and it can be assumed that more technologies will be developed in the near or distant future. However, thanks to the automatic fulfillment of contract components by smart contracts, NFTs currently offer the most secure and uncomplicated way for artists to profit from their own products.