Features, The Kids Are Alright

10-Year-Old DJ Michelle Is Very Much In the House

When Dubai-based 10-year-old Michelle Rasul was a baby, she’d quietly watch her father, Vagif — a.k.a. DJ Shock — create music on his turntable. And by her fourth birthday, she knew the creative path she wanted to take.

“I asked [my dad] for DJ equipment on my birthday and he got it for me,” she says. “Can you imagine?”

DJ Michelle, as she’s now known, became the youngest contestant to ever compete in the DMC World DJ Championship at the age of nine, and a popular, prodigious artist and performer known for her untenable talent and infectious charisma at the turntable.

She gets excited when describing how she feels in front of an audience. “OMG…when I perform, I can’t even describe it,” she tries to explain. “That feeling…a mix of adrenaline and happiness…I love it. I call it excinervousness. When you see the big crowd and people cheering…it’s incredible.” 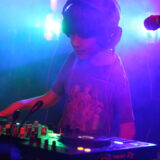 Born in Baku, Azerbaijan on the Caspian Sea, Michelle and her family moved to Dubai when she was four years old. At only 10, DJ Michelle has an on-stage talent and charisma far beyond her years. It’s clear she’s having a good time up there.

“I feel more joy with a bigger crowd,” she says. “I just get…unleashed.”

She giggles. “Y’all can’t stop me. I could perform all day long. But I like big, big stages better than just small parties. I mean, like, [I got to perform at] the Coca-Cola Arena…the biggest stage in Dubai!”

While she found her passion early on, DJ Michelle firmly believes in chasing that passion, no matter how young – or old – you are.

“My message is always the same,” she states. “It’s never too early and never too late to start following your dreams. You can do it! No matter how old you are, where you live and what’s your gender, just do what you love and be happy.”

Getting to Know DJ Michelle:

How I’m feeling, at this exact moment:

At this exact moment, I feel very energized, as always (especially because of the mention of BIG stages!).

I have two favorite book series. Harry Potter by J.K. Rowling and The Inheritance Cycle by Christopher Paolini.

I’m so excited about my book, called I AM DJ MICHELLE, which is going to be released in spring 2023 by Blackstone Publishing, one of the biggest publishing companies in the United States! This is a dream come true!

Save the date for:

Summer 2023! My first ever tour to the United States! 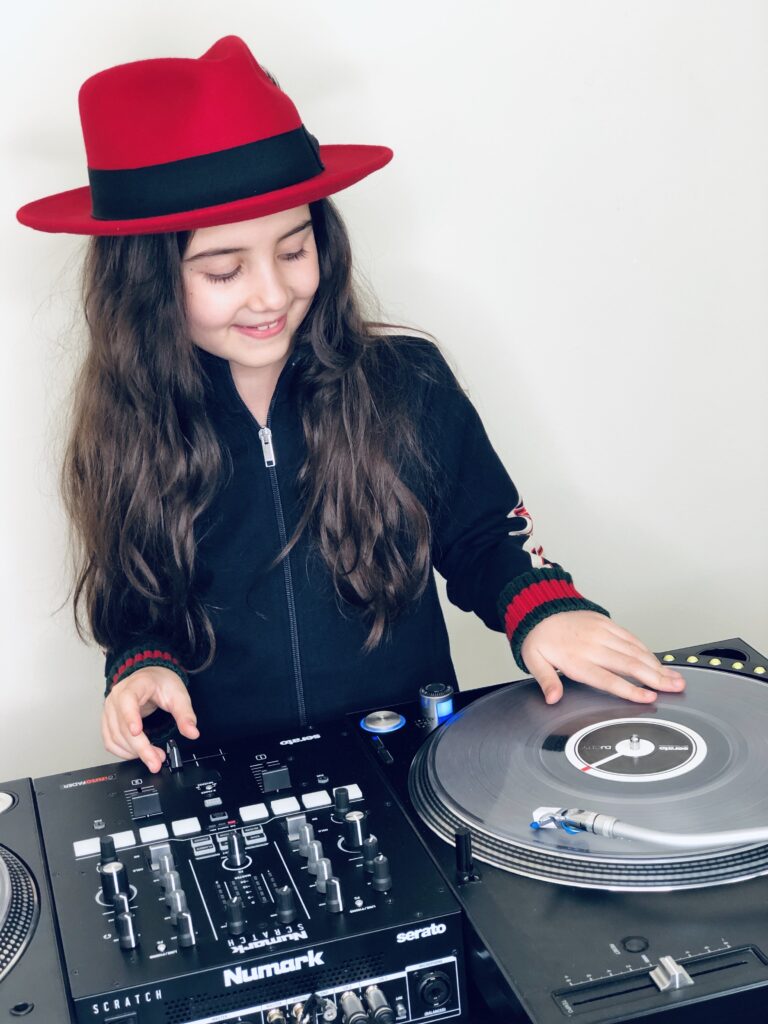 I regularly go live on my TikTok account @iamdjmichelle.

The song I love the most right now:

The song I love the most right now is “Wake Me Up” by Avicii, but my all-time-favorites are “Beat It” by Michael Jackson, and “Dani California” by Red Hot Chili Peppers.

My practice routine consists of:

My practice routine consists of 30-45 minutes of scratching a day.

When I’m not performing, you can find me…

If I could meet one musician in person, it would be:

If I could meet one musician in person, it would be Flea from Red Hot Chili Peppers (the bassist).

If I could meet him, I would tell him:

I would tell Flea how big a fan I am, ask him to sign my Californication album, and see if he can teach me a bit! I’d also show him how I play the bassline of “Can’t Stop.”

The first thing that comes to mind that I would do in ten years is PLAY AT TOMORROWLAND, of course!!! That is my dream! (Of course, I would do it now, I’m perfectly ready, but I don’t know if the silly AGE LIMIT would let me. Aww, man!)

What are you most looking forward to for the rest of this year?

The thing I am looking forward to the most this year is going to start in November: the IDA WORLD DJ Competition! It’s, like, VERY BIG. Not as big as DMC, of course (DMC is like the Olympics of DJing, which I am competing in too, and in which I got 10th place last year, finals, and 14th the year before, among 85 professional adult male DJs), but it’s still LIT!

The secret to being a great DJ is:

There is only one secret to being great—as a matter of fact—for anyone! Teacher, DJ, gymnast–you name it. Here it is…drumroll… It’s really not that big. All it is: NEVER GIVE UP.

You don’t get it [first try], you’ll get it next time! Failure is the secret to success. If you don’t fail, you won’t succeed. You just try again! And again, again, again, again…till you become a pro. So, yeah… Believe in yourself, never give up, try again, as NO ONE has EVER succeeded without failing at least once…and. I mean, famous people like Jay-Z, Michael Jordan, and more! Yes!

So what I mean is, just do it! You’ll get it one day. And, (motto alert) remember: NOTHING IS IMPOSSIBLE. On the contrary, EVERYTHING IS POSSIBLE! Don’t be afraid or embarrassed of failing. No one’s gonna care! You fail, shake it off, ignore it. Do it again, fail, again, fail, and then SUCCEED! You know what’s right! C’mon, YOU GOT THIS! GO GET ‘EM!