Home » SPIN Recommends » How to Dress Like Harry Styles: A Fan’s Guide

We, as a society, look to Harry Styles for many things. Optimism. Vulnerability. Soaring pop ballads. And fashion. From his mop-haired lumberjack days in One Direction to the oversize Marge Simpson pearls he’s been rocking on the Love On Tour shows, Styles’ penchant for the eccentric gives us all license to let our true colors run wild, too. And at his shows — and Harryween, of course — it’s standard practice to arrive in some era of Harry garb. After all, the bigger the boa, the closer to God. This is why when you spot an errant feather flapping in the wind, seemingly out of place in the cold, grey city, you’ll know. Harry’s close.

Below, SPIN has collected eight essential looks, for all your Harry holiday needs. Dupes below!

When Harry Styles joined forces with Shania Twain at Coachella 2022, he paid deference to the country music legend by wearing a custom Western-style fit that screamed: “Let’s go girls.” 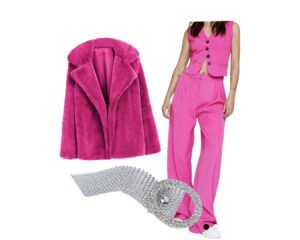 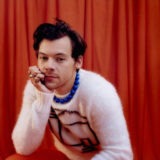 In 2020, Harry Styles got down on one knee and inducted Stevie Nicks, one of his musical heroes, into the Rock and Roll Hall of Fame. There was no leather nor lace, but he instead wore an elegant royal blue velvet pantsuit. (Bonus points if you can get someone who wants to dress up as Stevie, which should be pretty easy.) 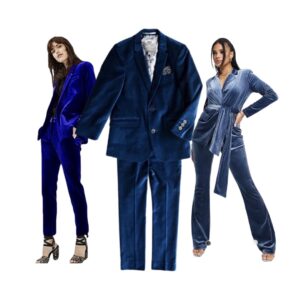 Love On Tour has brought out some bold statements from our sweet pop prince. During a recent stop in St. Louis, he wore something close to this outfit, which we’re including on this Halloween list since you could also tell people you’re just a sassy pumpkin. Who isn’t? 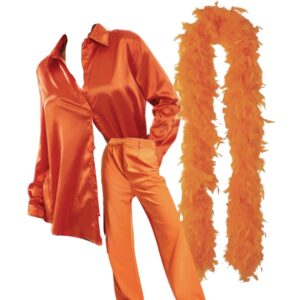 These everyday Harry Styles staples can be combined like so, or peppered separately into any look. A heart sticker adds a certain je ne sais quoi to any Harry ensemble. 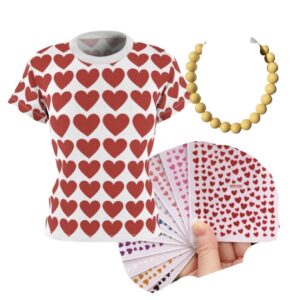 For a last-resort Harry Styles costume, behold the 2010s One Direction era. A time when we loved the Lumineers and dressed as if blogging required actual physical labor. But if this is your Harry and you’re determined to do him justice, this wig will turn this costume up to 11. 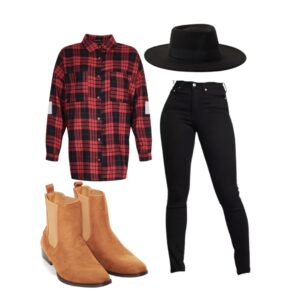 Who could forget when Harry Styles dressed in Cher Horowitz drag at the 2021 Grammy Awards? This meta Halloween costume combines a lot of different fabrics and textures, and you could probably get away with wearing it in the office. 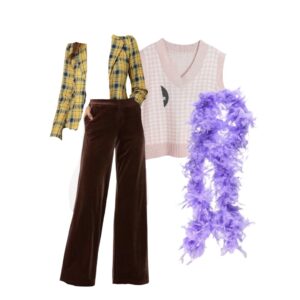 When Harry Styles wore this (frankly, monstrous) cardigan while rehearsing for The Today Show, the world could not look away. The bulky statement piece went viral on TikTok with crafty fans feverishly crocheting dupes. And soon, because life is like this, real fashion designers followed suit. Check in your parents’ attic before you buy one of these. 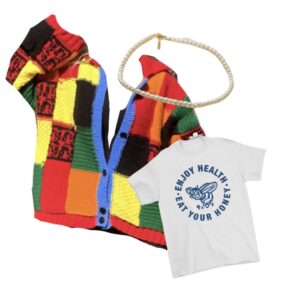 Behold the investment piece: a custom made copy of the pajamas Harry wears in the “Late Night Talking” video. This choice says that you are the kind of superfan who wants to marry Harry and be Harry. In this pajama set, that isn’t psychotic. It’s attainable! 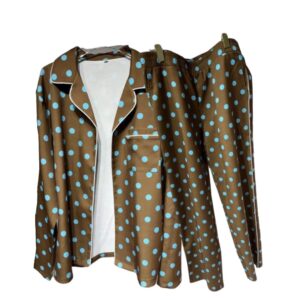