Spinal Tap is getting the band back together. The principal cast and director of the peerless 1984 mockumentary This Is Spinal Tap are reuniting for Spinal Tap II, a sequel planned for release by Castle Rock Entertainment on March 19, 2024.

Deadline reports that Rob Reiner will return both as director behind-the-scenes and in character as fake filmmaker Marty DiBergi, as will Christopher Guest (Nigel Tufnel), Michael McKean (David St. Hubbins) and Harry Shearer (Derek Smalls), who together comprise the core members of the fictional hard rock outfit.

Reiner told Deadline the idea is based around the now-septuagenarian Spinal Tap reforming to fulfill a contractual obligation with their late manager Ian Faith (Tony Hendra, who portrayed the character in the original film, died last year).

“Ian’s widow inherited a contract that said Spinal Tap owed them one more concert,” Reiner said. “She was basically going to sue them if they didn’t. All these years and a lot of bad blood we’ll get into and they’re thrown back together and forced to deal with each other and play this concert.” 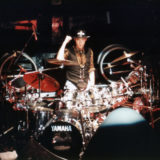 Reiner added that the Spinal Tap braintrust may release a book dubbed Tap Moments chronicling Spinal Tap-like misadventures that actual musicians have encountered over the years, and that the new film will likely feature cameos from some familiar faces in the rock world.

“Like in the movie, they get stoned and can’t find the stage, that happened to Tom Petty and the Heartbreakers,” he said. “When Nigel is frustrated by the little bread in the catering that won’t hold the cold cuts, that last one was taken from a Rolling Stone article about a tour Van Halen had when, in their rider, they didn’t want brown M&Ms. We had an original keyboard player, Jonathan Sinclair, who when he was with the band Uriah Heep, visited us and said they’d been book into a military base, and we put that in, too.”

This Is Spinal Tap was deemed “culturally, historically and aesthetically significant” by the Library of Congress in 2002. The film is screening May 18 as part of the Cannes Film Festival’s Cinema de la Place sidebar.

Guest, McKean and Shearer have occasionally reprised their Spinal Tap characters for TV specials and live performances since the original movie, and even released a new album in 2009, Back From the Dead. Ric Parnell, who played doomed Spinal Tap drummer Mick Shrimpton, died May 1 at the age of 70.