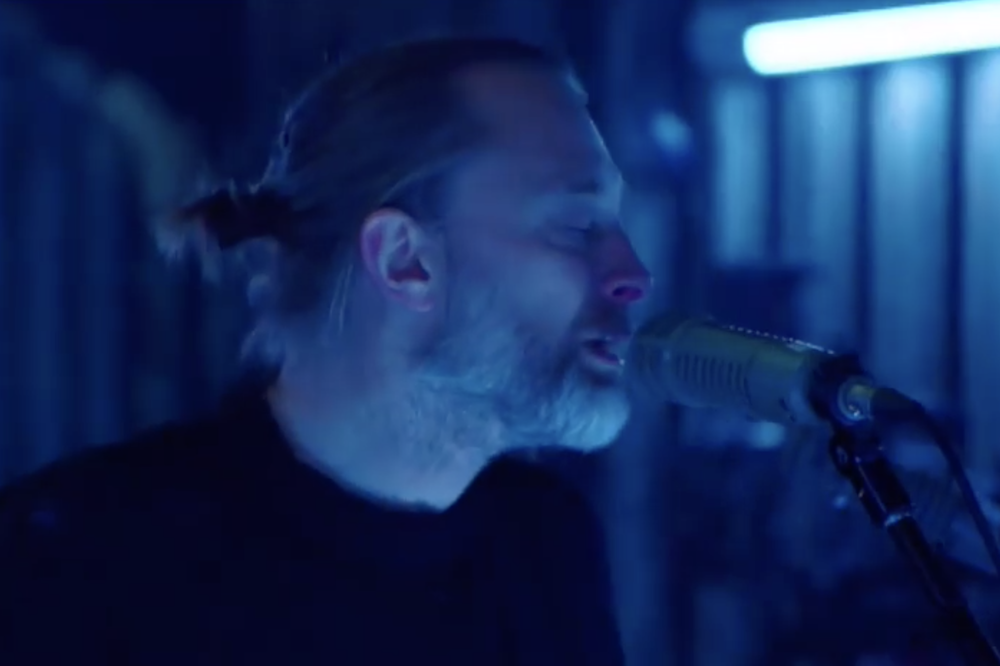 Just hours after announcing its existence, Thom Yorke and Jonny Greenwood’s new band the Smile made its debut during a set for Glastonbury’s Live at Worthy Farm livestream. The Radiohead side project, which also features drummer Tom Skinner, ran through an eight-song setlist that opened with a new version of Radiohead’s unreleased track “Skirting on the Surface” (the set list refers to it as “Skating on the Surface”).

From there, the trio treated fans to seven new songs that unsurprisingly sounded like pared down Radiohead tracks with slightly different nuances. Though production was credited to Yorke’s longtime collaborator Nigel Godrich, he wasn’t present during the performance.

There’s no word on whether the Smile plan to release an album (or any recorded songs, for that matter), but for now live versions will suffice. Watch them perform “Thin Thing”  and “We Don’t Know What Tomorrow Brings” and check out the full setlist below. Anyone who’s interested in watching the full livestream, it’s available for purchase here.

In case you missed it, you can catch it again today @glastonbury pic.twitter.com/N9t4M43lor

Skating on the Surface

You Will Never Work in Television Again

We Don’t Know What Tomorrow Brings