For the Counting Crows‘ entire existence, they’ve been known for their blend of rock, country, pop and…singer Adam Duritz‘s trademark dreads. Duritz’s hair has been as much of the Counting Crows aesthetic as the band’s hit-laden catalog.

But then it was gone.

Following a redeye flight from his New York City home to the UK in the summer of 2019, and with his girlfriend laying down in the other room, a jetlagged Duritz decided the best pick-me-up would be a quick shower. On his way in and armed with his clippers (for the uninformed, you still do have to cut dreads) in a haze and a bit dazed, Duritz looked in the mirror and did it: He shaved his head.

As you can imagine, his girlfriend, who he only refers to as Z, was a wee bit surprised. 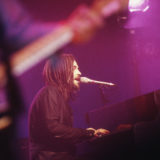 ‘A Long December’ Always Gives Me Reason to Believe

“I woke her up and she was like, ‘how are you…AHHHHH,'” Duritz tells SPIN over Zoom from his New York City hideout with a laugh. “The biggest surprise was how cold it was [without his hair].”

What he also noted is that for the first time in a long time, he felt liberated. The biggest change, he jokes, is that he had to buy a hat.

“I’ve always felt like it’s a weird thing to be a musician or an artist and answer questions about your hair,” Duritz said, “it seems like such a pointless unimportant thing.”

He’s not wrong, but when it’s a part of you, it becomes a topic of discussion — especially when a part of you is 30 years old. Admittedly “precious” about it, Duritz acknowledged that when he changed his look, it was strangely freeing. He’d shave his distinctive, but not quite iconic beard shortly thereafter.

Once in the UK, Duritz settled in at a friend’s farm in the English countryside, in a town a few hours west of London, where he’d remain for months. Tired and burned out from years on the road and even the recording process itself, the tranquility and solitude that the region provided for the Counting Crows singer was something he hadn’t had in years. For most of his life, he’d spent so much time in big cities and on the road that he hadn’t had time to take a look inside.

“I like making records a lot. It’s hard, but it’s very satisfying. I don’t really always like putting them out,” he said of the recording process. That comes with having a dissociative disorder, something he revealed publicly in 2008. The Mayo Clinic describes dissociative disorders as “experiencing a disconnection and lack of continuity between thoughts, memories, surroundings, actions and identity.” It continues by saying those with a dissociative disorder “escape reality in ways that are involuntary and unhealthy and cause problems with functioning in everyday life.”

“For a lot of my life, there was nothing at all more important than the music,” he said. “Like the rest of my life didn’t matter as much as making music, I just didn’t think a lot about other things like being happy was that important. In the last four or five years, I’ve really learned how to live a little bit.”

Having dissociative identity disorder, Duritz never quite felt comfortable in his own skin and at times would feel disconnected from it. It explains why Counting Crows change their setlist drastically from night to night when they’re performing, but another residual effect is that Duritz doesn’t retain things well — including playing music if he’s not playing, practicing or writing consistently — even if his track record of churning out pop-rock hits indicates otherwise.

While in the UK, and without his trademark look, Duritz would roam the countryside anonymously for hours at a time and for miles on end, sometimes with his friend’s two dogs. It was all very different from the big city life he’d led for most of his life and felt like he had a good enough grip on his life to be by himself.

Earlier in his life, the solitude of being in the middle of a foreign country would have unsettled him, but not now. 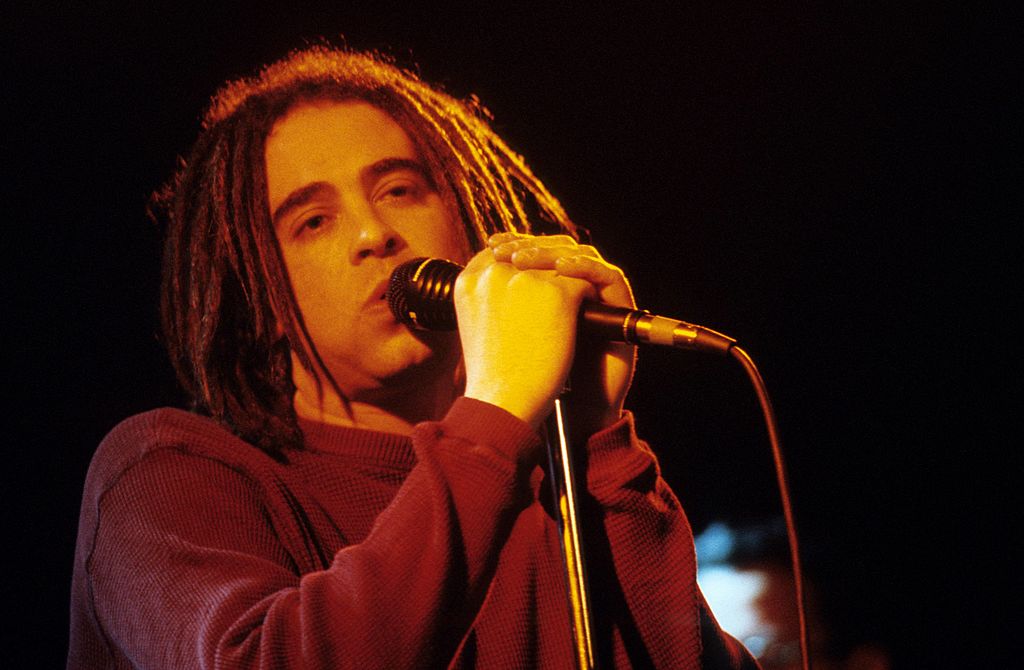 Every Counting Crows album is inspired by vibe, visual aesthetic and location. The Crows’ breakthrough, 1993’s August and Everything After was distinctly infused by the band’s East Bay haunts while 1996’s Recovering the Satellites‘ not-so-secret character is Los Angeles (just recite the lyrics to “Long December”) as is 1999’s This Desert Life. Anything after that, all you have to do is look at New York City—its fingerprints are on every Counting Crows record post-2003 with the last one being 2014’s Somewhere Under Wonderland.

England though? This was something entirely different.

The solitude proved to be inspiring. As he explored the open country, Duritz found himself wanting to write for the first time in years. He rented a piano and began the process, however, it took him a while to relearn and reteach himself how to play it, a process that sometimes happens due to his condition.

“It started off kind of difficult,” Duritz said of the process. “That’s one of the reasons the first song is very simple at the beginning, musically, because that’s about all I could do.”

As he continued to get comfortable playing, Duritz strung together four different songs that flowed as a singular piece of music and thus, the Crows’ new 19-minute suite (as he calls it), Butter Miracle, Suite One was born. The idea of four different songs melding into a singular piece of work was something that appealed to Duritz as he was writing, and something he was excited to present to his bandmates. Doing something new — along with the serenity of the countryside — was what Duritz needed to hop back into it.

Duritz’s dissociative identity disorder is a reason why a Counting Crows song retains the same sonic DNA, yet allows Duritz to not have a sense of nostalgia in his songwriting. The singer says it explains how the band can veer from vastly different producers, beginning with T. Bone Burnett on August and Everything After to wanting to make a louder, Pixies-sounding record with Gil Norton to then a Sparklehorse vibe with producer/songwriter David Lowery of Camper Van Beethoven/Cracker fame and Dennis Herring on This Desert Life. Though it probably infuriated their record company, it allowed the Counting Crows and Duritz to develop their sound organically. Selling tens of millions of albums didn’t hurt either. Sometimes, it can also lead to moments where the singer-songwriter will think of something that he thinks he heard before…and has.

“I had a fourth song and I really liked it,” he explained. “But I kept thinking it just felt derivative, and I couldn’t figure out what it was and I was asking everybody, like, ‘What is this song? What is it?’ I think I sent it to [Butter Miracle, Suite One producer] Brian Deck and he’s like, ‘Oh yeah, that’s a part of ‘Welcome to the Working Week’ by Elvis Costello.’”

Once his demos were sorted, Duritz would zap them across the pond to his bandmates, and by February 2020, the album was just about complete. Then COVID and the lockdown. Delayed for days, weeks and then months as the pandemic raged, the Crows figured out a prudent way to get things safely, even as ideas stewed inside of Duritz’s brain as his creative process continued to soar.

By July, the four songs were finally complete.

“It’s hard to hold an idea that you’re really passionate about only in your imagination for that long,” he explains. “But when we finally heard it, it was the coolest moment in my career, in a lot of ways. Like, just because there were things in this project that we never got to hear until it was completely done.”

As July 2020 turned into May 2021 and Butter Miracle, Suite One slated to drop [he also noted that he’s begun work on the next suite, though he’s vacillated from being inspired to not], Duritz continues his ongoing battle with dissociative disorder but is solidly in a place where he can earnestly say he’s at peace, to which he credits his girlfriend. Once the pandemic ends, he’s looking forward to heading back to England in order to capture what he did on this collection — almost as much as he’s excited about the prospects of his beloved Golden State Warriors for the rest of the season.

“Looking in the mirror was always jarring for me, I didn’t feel like that person,” he said. “And I didn’t really recognize that guy. When I got the dreads I remember walking by the window of an art gallery in San Francisco, those big windows they have in art galleries and seeing my reflection and thinking ‘Oh, yeah, now that is me.’ I’ve never felt like myself before. This is still weird for me. I don’t like the way my face looks and I wish I kind of had a beard a lot of the time. But it is me and I don’t want to stop looking at it for a while. I’m not always happy with all of it, but I am forcing myself to live with all of it, for a while anyway.”