More than 35k people voted, and the city let it slide 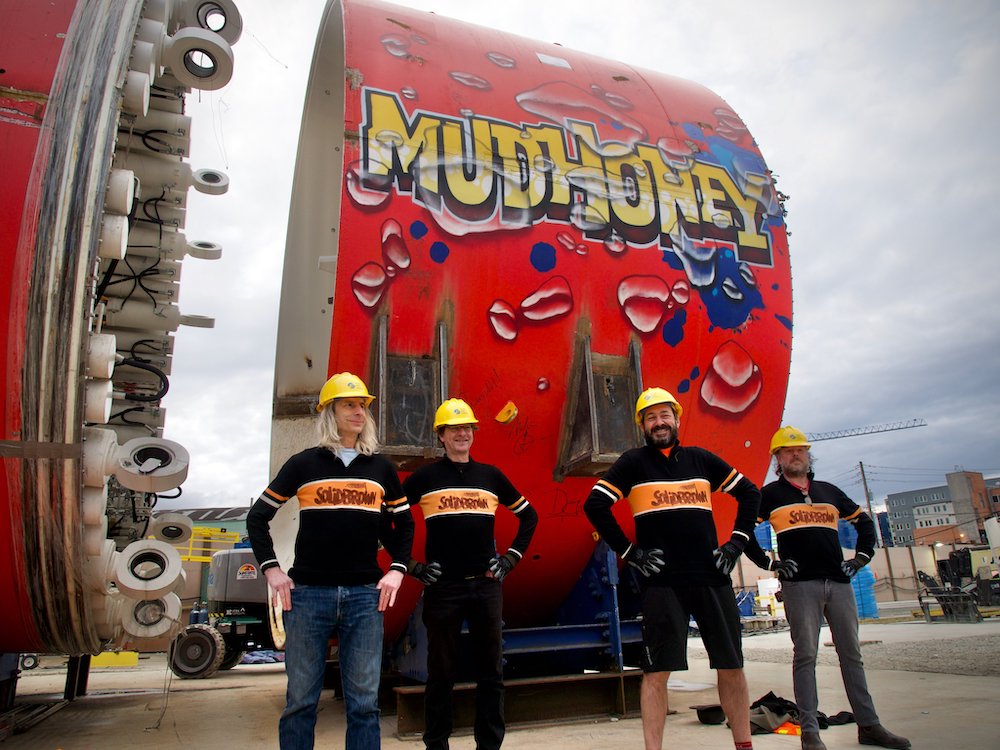 Despite only putting out one album in the last eight years, the people of Seattle clearly still love Mudhoney.

Seattle Public Utilities held a public naming contest for its latest massive piece of machinery — a tunnel boring machine that will be used to build a storage space for the Ship Canal Water Quality Project in order to reduce Seattle’s sewer overflow — and “MudHoney” came out on top. More than 35,000 people voted for the name, with the nod to the grunge band topping “Daphne,” “Molly the Mole,” “Boris the Plunger,” and even “Sir Digs-A-Lot” in the final round.

“Since the late ’80s, Mudhoney, the Seattle-based foursome whose muck-crusted version of rock, shot through with caustic wit and battened down by a ferocious low end, has taken a stand against overflows in our waterways,” Seattle Public Utilities said in a statement.

The band attended the unveiling for their new namesake on Friday (April 9), and the festivities were caught on camera before being shared both by Mudhoney’s socials as well as those of their iconic record label, Sub Pop.

“There was the idea that Mudhoney will be digging the shit canal under the ship canal,” bassist Guy Maddison joked in the video, summing up both the band’s attitude as well as the actual task for the machine.

Check out the posts from the band and label below.