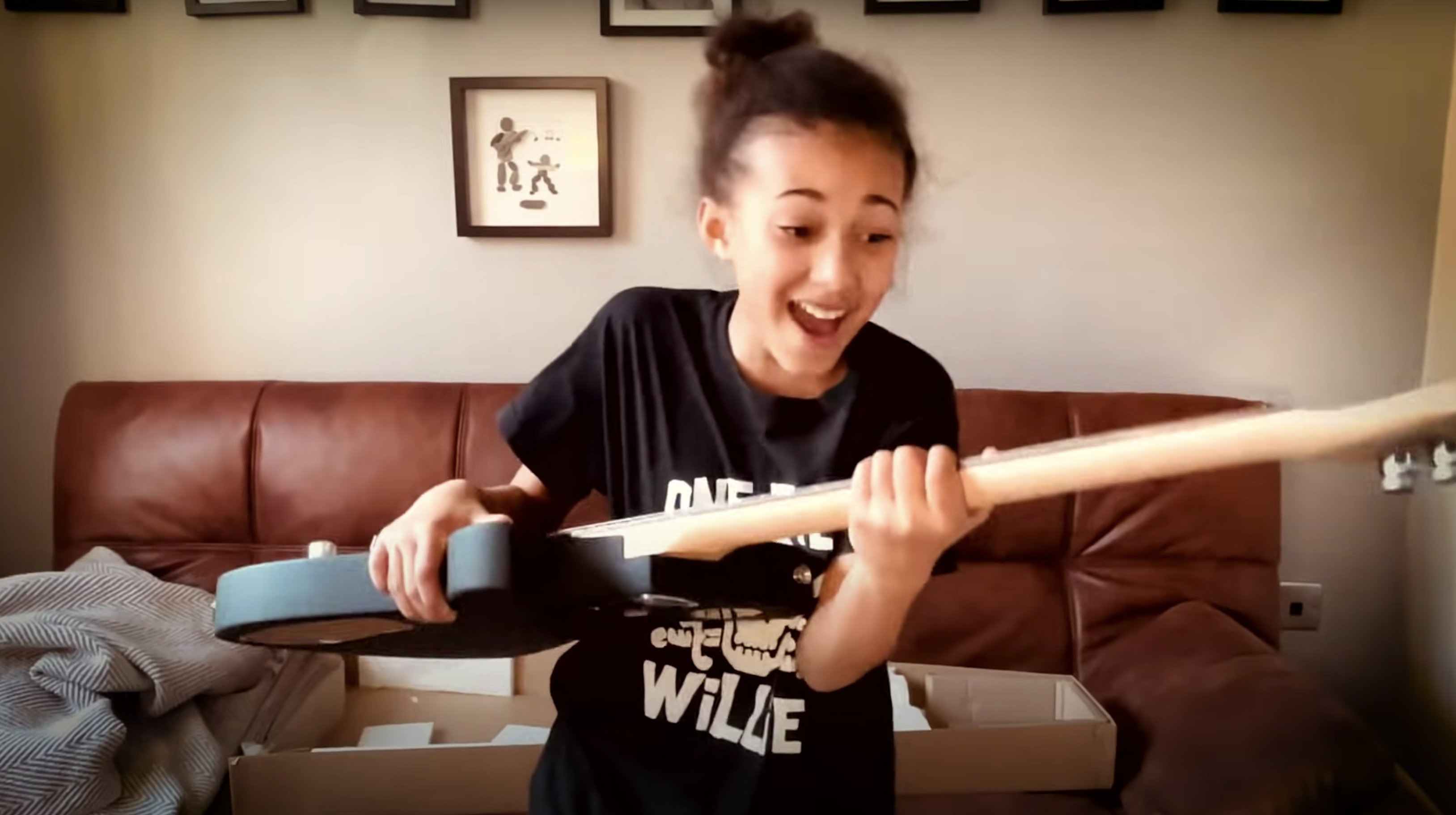 Nandi Bushell received one of Muse’s signature guitars from frontman Matt Bellamy as a thank you for her recent cover of “Plug In Baby.” Included with the guitar was a note from Bellamy reading:

“Hi Nandi, love the new covers. Thought you might like to perform some on my signature model. Best wishes from Matt and the guitar team.”

Check out the video of her receiving the gift below.

Of course, the Muse cover is just the most recent in Bushell’s string of successes, with each gaining popularity both with the original artists as well as fans. It’s also not the first gift the 10-year-old prodigy has received from an artist, or even the first guitar. Tom Morello previously gave her his signature “Soul Power” Stratocaster for her cover of Rage Against the Machine’s “Guerrilla Radio.”

These days, Bushell has covered a ton of legendary rockers and drawn the attention of millions as one of the most talented young artists around. While most have graciously accepted and praised her covers, she challenged Dave Grohl to a drum-off and proceeded to show him who’s boss, ensuring that future acts would rather just offer praise instead of engaging in social media battles.