The first time I put Laura Nyro’s album, Eli and the Thirteenth Confession on a plastic grey turntable of the cheap record player (a toy with a plug), it wasn’t enough time to hear everything the music was doing. I had to play the record every day for a week or more to learn how to listen to it. Nyro’s songs, other than the ones that became hits for other people, are richly unclassifiable–meshing pop, gospel and even 20th century music influences and all delivered by a singing voice that has an otherworldly three-octave range and seems to unfold with the urgency of someone confessing. As a burgeoning singer-songwriter myself who was also drawn to the autobiographical, I wanted her music to seep into my DNA.

Eli and the Thirteenth Confession was released in 1968, the year before Woodstock and Manson, when everyone I knew considered listening to music an actual activity, not simply one aspect of an occasion—something lingering in the background while you, or you with other people, were busy doing something else, something more active than mere listening—something to forget there was music. Classical music, as I learned in high school, teaches you how to listen, along with Joni Mitchell, Leonard Cohen, and Randy Newman. Jazz taught me this, too. Jazz, probably more than anything else.

But my initial attraction to Eli… had nothing to do with the music or how to listen to it. It was, actually, the album’s cover that first got my rapt attention: a photograph of Nyro’s open, Madonna-like face wreathed by her seemingly endless abundant dark hair. Even more intriguing, the album came wrapped in a lavender lyric sheet that was scented with–was it lavender oil? Hyacinth? (I tried to find out for years what caused the scent, but any mention of the album’s marketing identified the lyrics as “perfumed.”) So, it was reading and breathing in the lyric sheet that led me to the music and not the more habitual way we have of letting music lead us to the words.

“Who writes songs like this?” I remember asking my brother, “Lyrics like Uptown, going down old lifeline, walking down faster, walking with the master of time. Or: Madison smiled and she hung with a band of strays, the band was gone, bringin’ it on to the Broadway blaze. Once I lived under the city in my sweet July.” My brother and I are sitting on the bedroom floor in our sweet July, memorizing–but not memorizing, capturing—every line of music and lyric. Listening to Eli and the Thirteenth Confession, and then, released the next year, her masterpiece, New York Tendaberry, made me feel something sensual but unrecognizable, like walking into the first sunset after the first sexual encounter. New York Tendaberry is as soulful and original as Eli…, but while Eli… had me thinking of Motown, by way of show music, New York Tendaberry took me to Aaron Copland and, in another context about structure, the kind of narrative intrinsic to a song cycle– a song cycle, in Laura Nyro’s version, inspired by the blood, sweat and tears of a New York City she grew up in and adored. 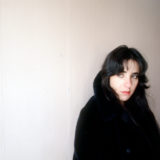 Musings on a Muse: What Laura Nyro Left Behind

The day Laura Nyro died in April of 1997, I was teaching at Sarah Lawrence and picked up a copy of The New York Times to read on the train ride home into Manhattan. I never bought The Times, and it seemed mystical to me that the one day I did, Laura Nyro’s obituary would appear. Her cause of death at 49 was from ovarian cancer, the same cancer that killed her mother, also at 49. The obituary shocked me, the way any death of an idol pricks an atom of where devotion lives in the psyche. The news felt as mysterious as it did shocking because I bought a paper I never bought and read the exact thing I suppose I was ordained to read that day: the death of an extraordinary musician, death of an influence. I felt as though the change that happened to me when I first heard her music, had now been relegated to the sadness of knowing there’d be no more of it.

And of course, her songs live on, which is what everybody says, but when certain musicians die (Miles Davis and, recently, Chick Corea) and that specific music out of their own living has stopped being invented feels, to me, like a ripple in how I experience the ephemeral nature of time. Laura Nyro’s passing is a reminder that music is made more necessary by its ephemeral nature to disappear, which is the way of the artist’s life, too.

Michael Klein is a poet and writer and a two-time winner of a Lambda Literary Award. He teaches creative writing at NYU and Hunter College in New York and lives in Newport, Rhode Island. And he’s bashfully virtual at www.boypoet.com.