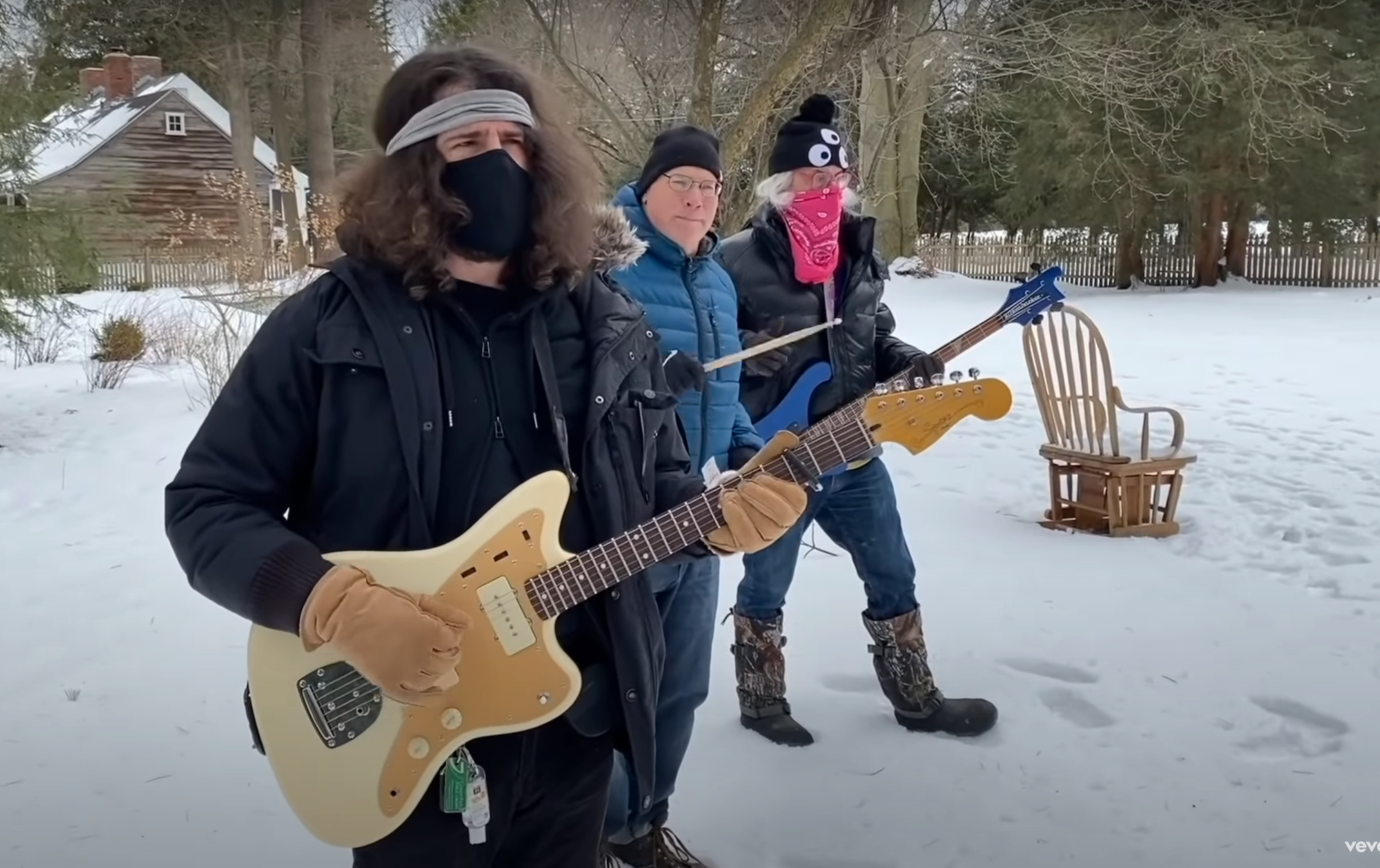 Dinosaur Jr. has shared the single “Garden” which follows “I Ran Away,” both from the previously announced release of Sweep It Into Space, which arrives via Jagjaguwar on April 23. Sweep It Into Space was recorded at Amherst’s Biquiteen and features Kurt Vile, who co-produced the album.

Lou Barlow writes and sings two of the album’s dozen tunes. And for the “Garden” video, shot in Western Massachusetts, Barlow, guitarist J Mascis and drummer Murph are in the snow, “playing” their instruments with gloves on. (Technically, Murph is air drumming.) The clip was directed by Lou and Adelle Barlow, with illustrations by tour manager John Moloney and animation by Chloe Hemingway.

Of the song and video, Barlow said in a statement: “Everyone seemed to want a disruption in the order of American life, it seemed necessary. Then it happened. It began as a bitter lamentation but as I was finishing the lyrics, singing over the instrumental version of the song while driving to J’s through the miles of farmland that separate his studio in Amherst and my home in Greenfield (Massachusetts), I saw a sign on a shed: Back to the Garden.

“I was looking for a resolution, where do we go when faced with such dramatic confusion?” he continued. “Back to basics, back home, back to the garden. Luckily I was able to complete the vocals and instrumentation for the song just before the quarantine.”

In 2020, the band debuted a live version of “Garden” during one of their drive-in concerts, which you can see here.