Home » New Music » All Eyes On » Ending Up Yourself

Music wasn’t Alice Phoebe Lou’s first choice. It sort of happened to her.

When she was 16, still in high school, dancing and acting in theater, Lou left her home in South Africa for a two-month sojourn in Paris where she met some street performers who taught her the basics of busking. In her own words, she learned how to “draw people in and create, like, a bubble in a world that people want to come inside and enjoy with you in a space like a street or a square.” Lou returned home with a budding passion. After high school, she went back to perform dances in the Parisian streets until one day she picked up a guitar to strum and sing instead. To her surprise, Lou was lauded and encouraged to pursue it by her audiences though she’d had virtually no experience. She was incredulous at first because she thought herself a dancer, but decided to stick with music ever since, going on to record studio albums and touring while continuing to busk all around Europe. Now she’s an established, full-time artist.

To any with sound senses, Alice is a phenomenal musician who’d never be suspected of lacking formal music training, a fact that sometimes eats at her. Like every other musician at some point (trained or not), she says she’s “had this kind of self-conscious, kind of no-confidence thing that pops up every once in a while” and deferred to her collaborators who were taught techniques. The singer-songwriter sidestepped this doubt during quarantine and it worked an unprecedented wonder for her newest album, Glow (out March 19th).

Hunkered down in Berlin since the pandemic hit, Lou tells SPIN that the lockdown was a much-needed period of self-reflection that forced her to reckon with, she says, “things that I’ve been avoiding and things about myself that I didn’t want to admit and character traits that I had just let be.” The same head-on candor she channels through the crooning, analog-recorded studio LP, her third and her favorite yet. 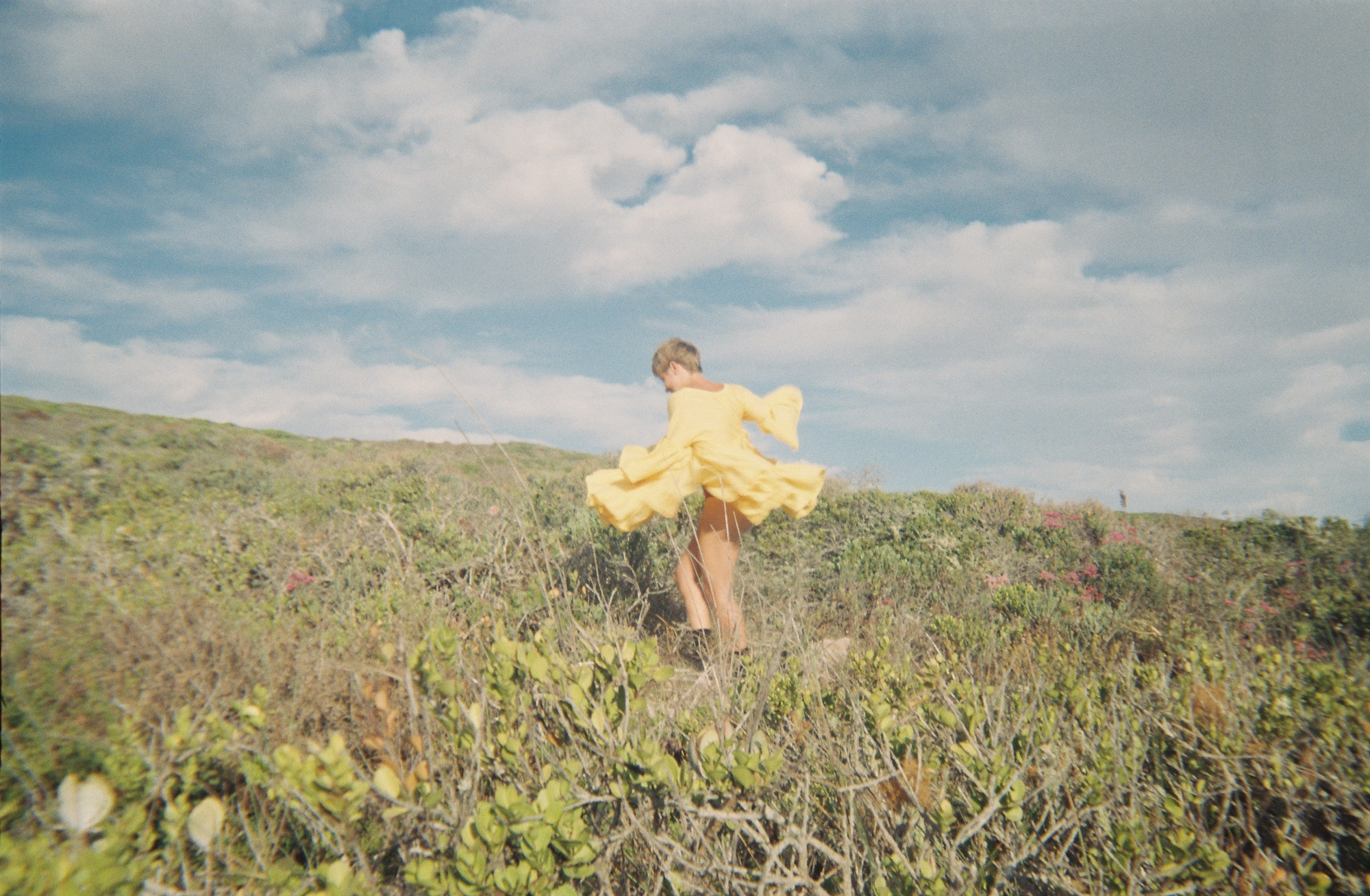 But the conflicts Lou reconciled weren’t just internal. Lou has dealt with a lot of pressure from some particularly despotic fans. “They have this weird perversion towards me. They see me as this young delicate angel thing that should stay the same.” Sequestered indoors with little stimulation to distract from all this in mind, she said it “all kind of peaked and then, [I] shaved my head.” It was an act of defiance at the constrictive demands of some of her fanbase unable to cope with her evolution as an artist. “It just felt like a really nice, like, fuck you – in a good way. I won’t be the angelic thing you want me to be.”

By refusing to be an impossibly perfect model, she paradoxically discovered a sort of newfound purity outside the duress of imposed expectations, and it translates onto the album. Instead of editing lyrics to appease the audience – as she’d done in the past – Lou decided to write songs for herself. “I forced myself and I was forced to write from the perspective of myself and not from the perspective of the listener because often you end up censoring yourself because you think you could say it in a way that somebody else will appreciate more.” The intimacy of Glow telegraphs the new creative freedom runs through it with an electricity that is affecting and honest. 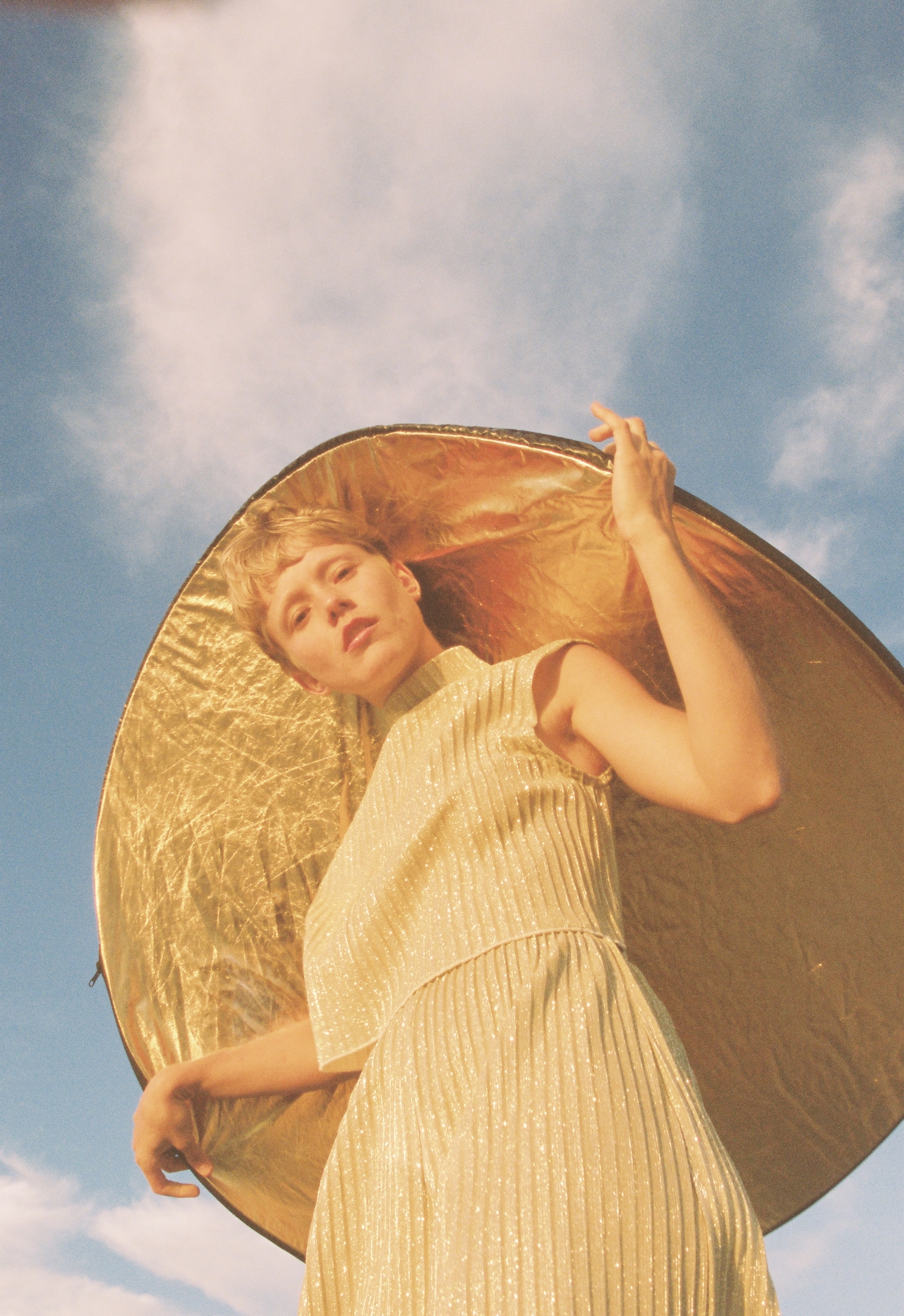 She continues: “It’s the most skillful and amazing thing, to have this ability to wrap people up in your world, people that are on their way somewhere.” Now that people aren’t on their way anywhere, inert, more have the time to listen, to enter into the bubble. Once enwrapped (or enrapt), she hopes to instill a deep, universal feeling with songs that appeal to “base human emotions.”

What more effective way to do this than through love songs? At first, Lou was hesitant to write them though they’d achieve the effect she sought. “Considering myself an underground and non-commercial artist, I can’t write too many love songs.”

“But then I realized if I write songs about love and heartbreak, but I do it in a way that’s my own, then you’re connecting to something that is so relatable to so many people. I think of how music can be healing or helpful [to] someone in a dark time, when somebody is able to just hold up a mirror to you, or make you get in touch with a part of yourself that you’re not going towards. I have those moments sometimes with music or art or other things, even just some street art that’s somehow weirdly profound or whatever. It’s like this glimpse of something in yourself and it can be a catalyst for you going deeper into those places, or [for] just furthering your understanding of yourself and your emotions.”

They’re not your typical love songs. Some are suffused with a psychedelic aspect through the use of its secret weapon: the Leslie speaker. On “Only When I” and “Dusk” she filters the vocals through the aforementioned contraption, which contains a rotating drum the sound bounces off to produce an ethereal tremolo effect. It was initially designed as an appendage for an electronic organ but was repurposed by the psychedelic bands of the ‘60s on other instruments like the electric guitar and synth. It makes Alice’s singing vibrate and whirl, granting Glow its inimitable magic.

“Even if it sounds a little harsh or a little fucking over the top or vulnerable or too much or whatever it is, I’m just going to say it. And even if it’s not the right way of doing things, it’s my way. And people seem to like it.”