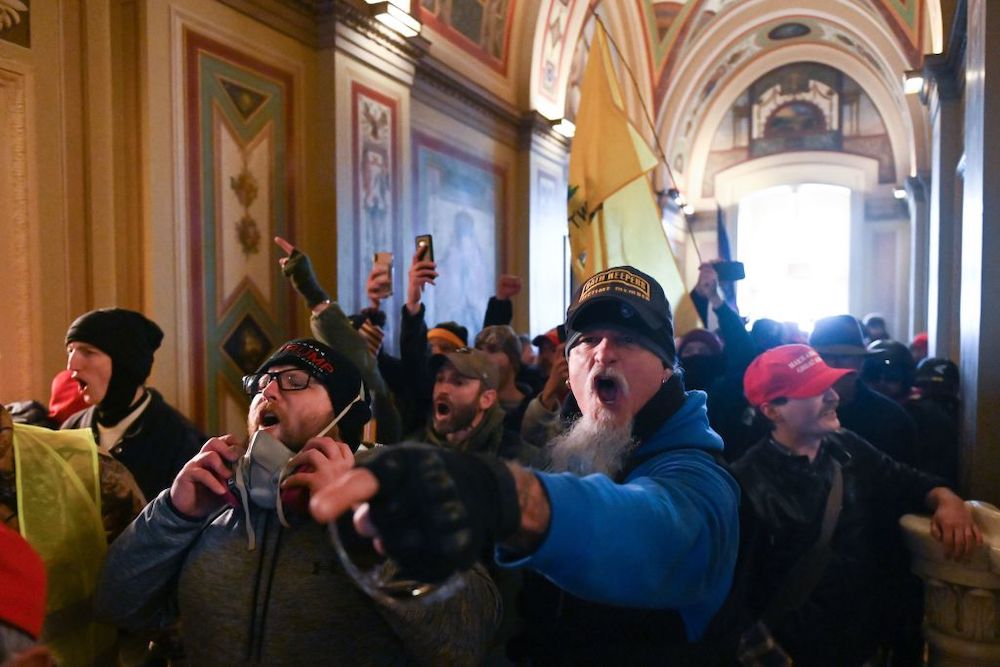 When a group of insurgents stormed the U.S. Capitol on Jan. 6 to protest the result of the presidential election, it was surprising to see musicians involved. One of the most infamous has come to be Iced Earth founder and guitarist Jon Schaffer (pictured above), and after spending a few days assessing the situation his bandmates issued a statement condemning his actions.

“We want to thank those of you who have sent words of support in recent days,” bassist Luke Appleton wrote on Instagram. Some of you have been concerned by our silence, which we understand. We needed some time to properly process the information and find out some facts before we made a statement.”

“We absolutely DO NOT condone nor do we support riots or the acts of violence that the rioters were involved in on January 6th at the US Capitol building. We hope that all those involved that day are brought to justice to be investigated and answer for their actions,” he continued before sending condolences to those directly affected by the riot. “With broken hearts we are sending our love and compassion to everyone who has felt pain from the events on January 6th. We are deeply saddened and our hearts go out to the families of the lives lost that day. There are really no proper words to console. Just know we are with you in your shock, grief and pain. Much love to you all.”

Once the photo of Schaffer surfaced, it was added to the Metropolitan Police Department of Washington D.C.’s “Persons of Interest in Unrest-Related Offenses” list. Authorities are offering a $1,000 reward for information the leads to the arrest and indictment of those involved in the Capitol breach. He also appears on the FBI’s “Most Wanted” list.

Ariel Pink and John Maus also attended the demonstration. Though neither entered the Capitol building, Pink’s label dropped him for his involvement.