Fana Hues Is Silent No More

As she sings of insecurities, failed love and what comes next, 25-year-old Fana Hues appears bold and limitless on her smoldering debut album Hues, worlds away from a childhood that left her nearly silent for five years.

A crippling cocktail of tonsillitis, strep throat and scarlet fever left the Pasadena, California, native’s developing vocal cords badly damaged at a young age. “I talked in a whisper for so long,” Hues tells SPIN. “I would lose my voice just talking in class. It was super fragile.” It wasn’t until she was 14, after years spent strengthening her voice, singing background in her family band—Fana (pronounced Fawna) is one of nine siblings—that she considered a life in music.

“We were doing a play at school, The Wiz, and I was the lead, playing Dorothy,” Hues recalls. “After the show, everybody came up to me. That’s when I knew I had something.”

Now, Hues is a soulful solo force with a few famous supporters; rappers Earl Sweatshirt and Tyler, the Creator have both shared her music. She released Hues in December, an excellent ride across her emotional spectrum.

“I’m as goofy as I want to be at all times, but I’m also very serious when I want to be,” she says. “I’m also insanely sensitive, but then I get on my own damn nerves with how I can be. 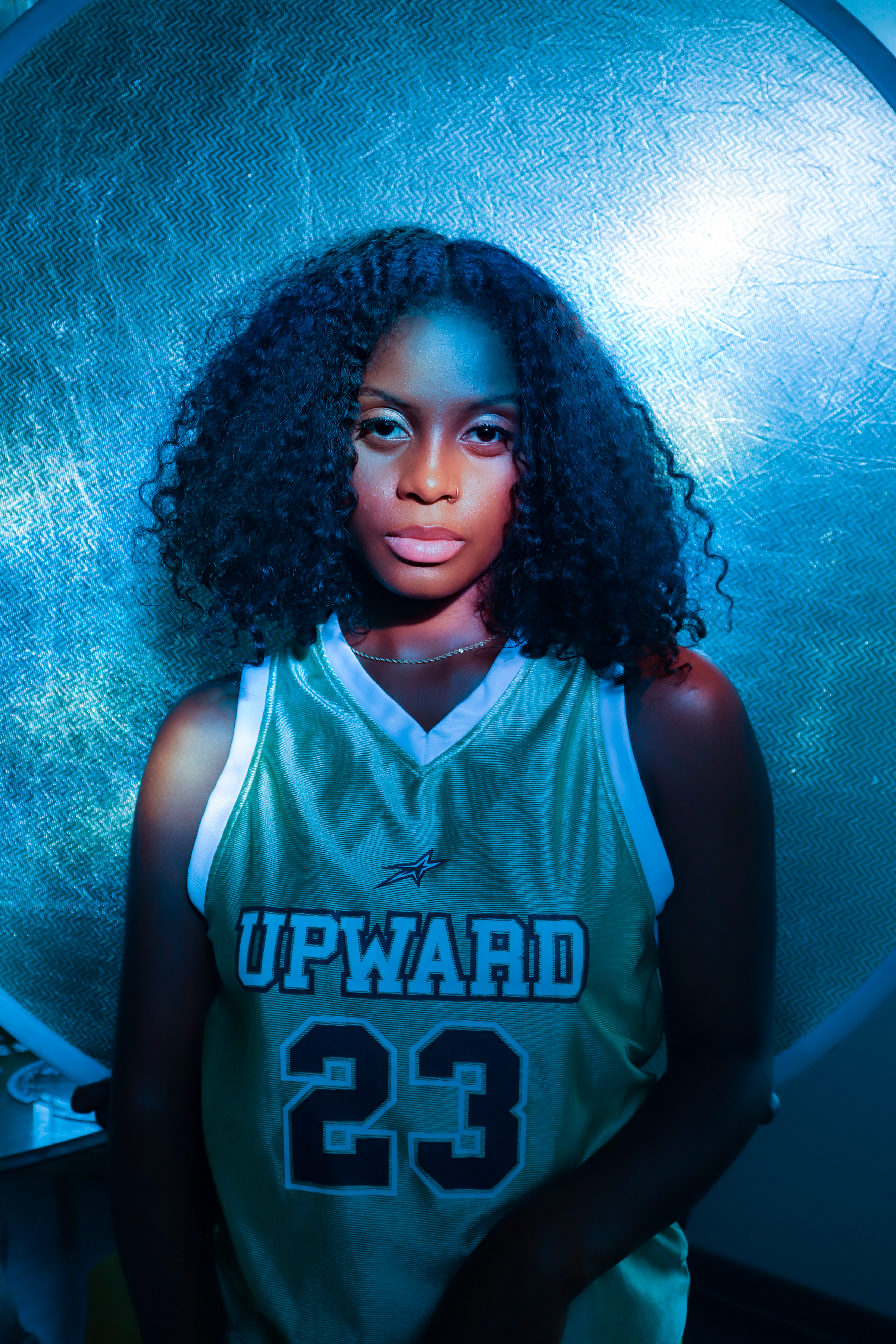 “I also wanted to talk my shit [on the album] because I be talking my shit,” she laughs.

While Hues is just 24 minutes through 10 tracks, the project’s chameleonic effect grips well beyond its final notes. The explicit bravado of “Lay Up,” with sex-soaked lines like “I’ll rest on his face right in the mirror / And make sure you hear us,” would’ve been thrilling enough without the delicate contrast of its surrounding tracks: the heartsleeve offering “Notice Me” and retro-dusted “Icarus,” which lands somewhere between Dionne Warwick’s breezy “Do You Know the Way to San Jose” and Beyonce’s cocky “Don’t Hurt Yourself.”

Explaining the songs’ variance, Hues refers to the project as a collection, not an LP, considering some of the tracks were written nearly a half-decade ago.

One of the older tunes, a four-year-old break-up banger called “Snakes x Elephants,” is easily the album’s most pissed-off cut: “I used my strength for a bitch who sought to kill my piece of mind,” she seethes. But Hues views the song as her “most vulnerable.”

“It’s so specific to that relationship that I was in and that person,” she says. “You know when you break up with somebody and you have that last talk? In that song I said all the things that I didn’t say [to him].”

For “Snakes,” Hues expands her range further, rapping a potent verse. “Dead on the Vine” is a cresting R&B showstopper, a sonic cousin of Rihanna’s “Love on the Brain.”

Hues says her influences tend to skew much older: Nina Simone, Anita Baker and Tracy Chapman, whose hit “Give Me One Reason” was the first song Hues learned to play on bass guitar. A deft player, Hues methodically thumps basslines across the album, most notably on the dream-funk opener “Slippin’” and softer interlude “If Ever.”

Hues plans to release a few new videos and a “one-woman show” live-stream performance in the coming months, her voice now an ultimate strength.

“It’s been a long time coming,” she says.