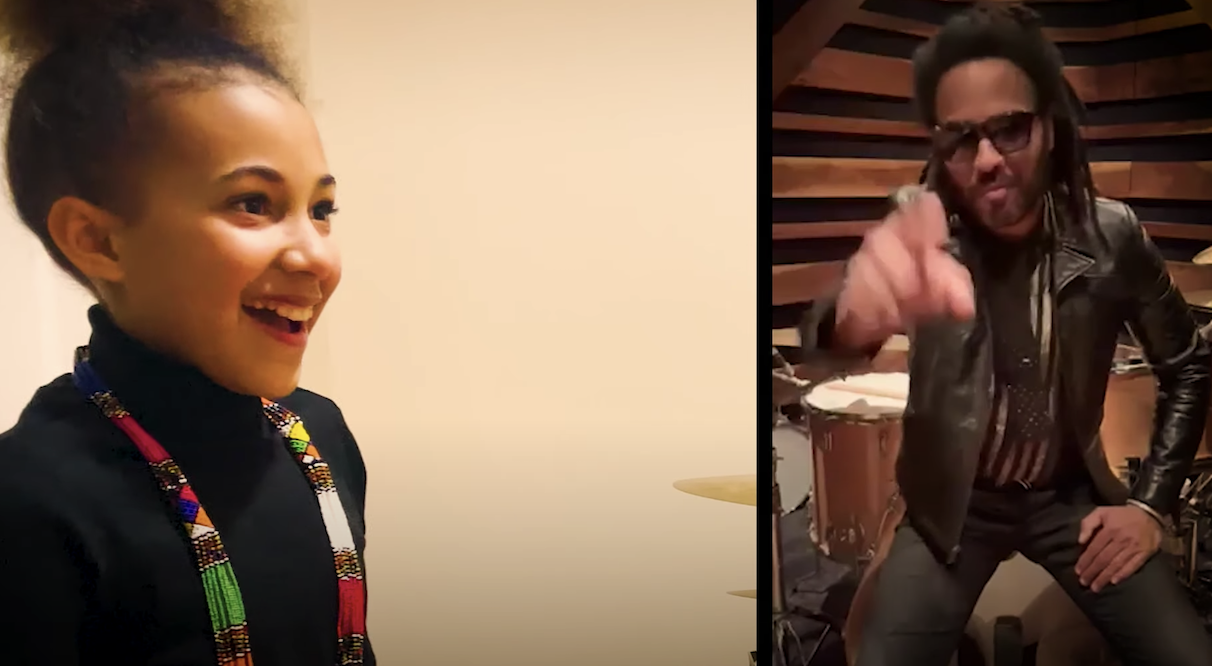 Nandi Bushell may be a bona fide badass and drum battle champion, but she’s still a 10-year-old, and her childlike wonder is part of what makes her so damn loveable.

On Sunday, she revealed that Lenny Kravitz and legendary drummer Nate Smith gifted her a custom Ludwig Legacy Mahogany drum kit (the same type of kit she played with Kravitz at London’s 02 Arena last year) and uploaded a reaction video that’s sure to put a smile on your face (much like her cover of Coldplay’s “Fix You”).

In the clip, Kravitz shared a sweet message with the musical prodigy. “I can’t wait to hear the new grooves. Keep doing what you’re doing. I love watching all of your progress,” he said. “Happy holidays. Love and respect always. Peace.”

Smith also sent a message, telling the young musician to have fun playing her new drums.

Even though Bushell participated in a drum battle with Dave Grohl and has interacted with numerous other icons, including Tom Morello, she still gets so excited whenever a musician reaches out.

She was equally excited to break in her new kit. “I’m ready!” she exclaimed after uncovering her gift and sitting down on the stool. “I LOVE THIS DRUM KIT IT’S AMAZINGGG!!” she squealed with delight as she started playing around on it.

Watch it all go down below.