In 1989, Chinese students and workers rose up against political repression and occupied Tiananmen Square in downtown Beijing. After a few weeks of hopefulness, Premier Deng Xaoping resorted to extreme measures to quell any potential nationwide workers’ revolution. He ordered Chinese soldiers to turn their guns on their own people, causing a bloody massacre.

SPIN sent reporter Mikali Myron to Beijing and she stayed in the square until the end, and filed a highly personal account for our August, ‘89 issue. This is an update on what happened to the chief protagonists of the uprising.

What made 1 MILLION people, mostly students, crowd into a huge plaza in downtown Beijing, with no food, sanitation, running water, or other comforts, many choosing hunger strikes as their protest, while the world watched? What made young people risk their college degrees, careers, freedom and their lives for democratic reform?

Short answer: the desire for a better life for themselves, their loved ones, and their country.

During the 1970s and ‘80s there had been a gradual, and astonishing, liberalization of Chinese society; a modest relaxing of the leash. But by 1989 workers and students were increasingly angered by the Chinese Communist Party’s (CCP) ongoing quashing of political freedom, while official corruption mushroomed everywhere. Despite modest reforms that had tolerated a kind of Junior Varsity capitalism, poor and working-class Chinese still suffered from gnawing poverty and joblessness. And students were chafing at an educational system that did not adequately prepare them for a future based on free-market capitalism.

To dramatize their plight and attract worldwide attention, the students decided to occupy Tiananmen Square, entryway to Beijing’s “Forbidden City.” The Square is among the largest public areas on Earth, nearly six times the size of Moscow’s  Red Square and 42 times roomier than New York’s Times Square.

Tiananmen became their headquarters, with platforms, tents, loudspeakers, an improvised media center – but no running water, food or sanitary facilities. Besides speeches, the protesters staged marches and vigils. Despite efforts to stifle them, radio reports and TV images of the uprising reached audiences around the world, exactly what they’d hoped for and the government most dreaded.

A fresh new era seemed to be dawning for China, epitomized by those students, and their dialogue with elements of the government. But Premier Deng – fearful of widespread uprisings – decided to nip the movement in the bud. Previous demonstrations had been quelled using billy clubs and fire hoses. But nationwide “counter-revolutionary” activity could not be tolerated. If Tiananmen got out of hand, besides being an economic and PR nightmare, it just might collapse the CCP’s government.

An example had to be made of these upstarts. So Deng ordered lethal force to clear out the Square. He reportedly said, “I would gladly trade 200,000 lives for 20 years of peace.” So in rolled the Army, guns blazing. Many died. Not 200,000, but many hundreds.

Well, so far Deng’s atrocity has delivered 31 years of peace – of a sort. Did his strategy pay off? And did the Tiananmen uprising of 1989 help or hinder the cause of democratization in China?

Li Lu, one of the major student leaders, later claimed from exile that Tiananmen had not failed. He noted: “The democracy movement marked the end of the idea that one party dictatorship can bring good to China, and so now the Communists are tolerating things like village elections that they would never have accepted before.”

Another dissident, Feng Congde, said in May 2014, at a gathering of Tiananmen exiles: “Tiananmen was the beginning of the end of the communist camp. It was a wake-up call to Chinese inside and outside China.”

That might be applying a bit of an optimistic gloss on it, but it certainly was a shock to the Chinese system. 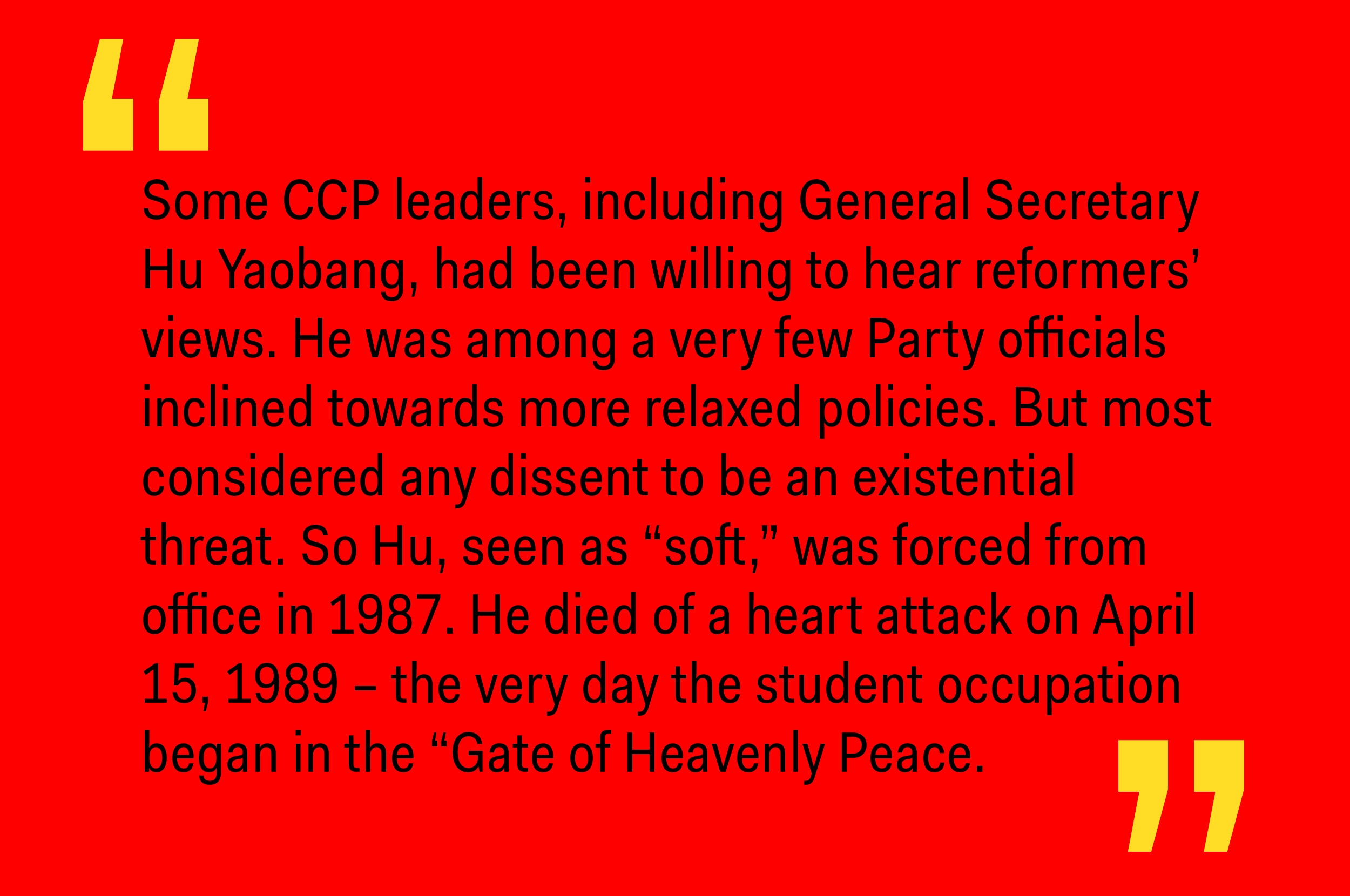 On May 13, nearly a month after the occupation of the Square began, students began a hunger strike, triggering sympathy strikes and protests in provincial capitals all across China. This further stoked CCP anger, as widespread trouble would make a bad impression on the Soviet Union’s Premier Gorbachev, due to visit two days later. Martial law was declared on May 20. Some 200,000 troops were deployed to Beijing, surrounding Tiananmen Square.

Nevertheless, by May 31, the crowd in the Square had grown to more than one million.

When the massive military presence failed to disperse the students, authorities lost patience. They offered occupiers a chance to leave peacefully, which many did. Most did not. So, according to Western accounts, just after midnight on June 4th, columns of tanks rolled in and opened fire on those left in the Square, killing or wounding an untold, never verified, amount of innocent Chinese citizens.

In Tiananmen Square and across the city, protestors fought back with rocks or bottles. Military vehicles were torched, and some soldiers beaten to death or set ablaze. The violence lasted into daylight hours.

Whatever the body count, there is little doubt that deploying the Chinese Army to attack the Chinese People marks a major milestone in the country’s often dark history.

This bloodshed was condemned worldwide (even by Comrade Gorbachev), and the U.S. Congress imposed severe economic sanctions on China.

Some images are so powerful that they symbolize an event, a movement or an era. The flag raised on Iwo Jima. The Hiroshima Atom Bomb mushroom cloud. Jackie Kennedy’s blood-stained pink suit. The chaotic helicopter evacuation of Saigon. The Twin Towers collapsing.

To those add one lone man confronting a column of Chinese army tanks in Tiananmen Square. Brave, human resistance against impossible power. He was finally pulled away into the crowd, and either rescued or arrested. His name and fate remain unknown, he’s known, immortally, as Tank Man. Did he escape? Was he executed? Does he live quietly in anonymity in China?

That iconic image showed unimaginable courage. But it also showed that at least one military unit exercised humanity and restraint at a moment of crisis. The tank crew did not go forward while he stood before them. 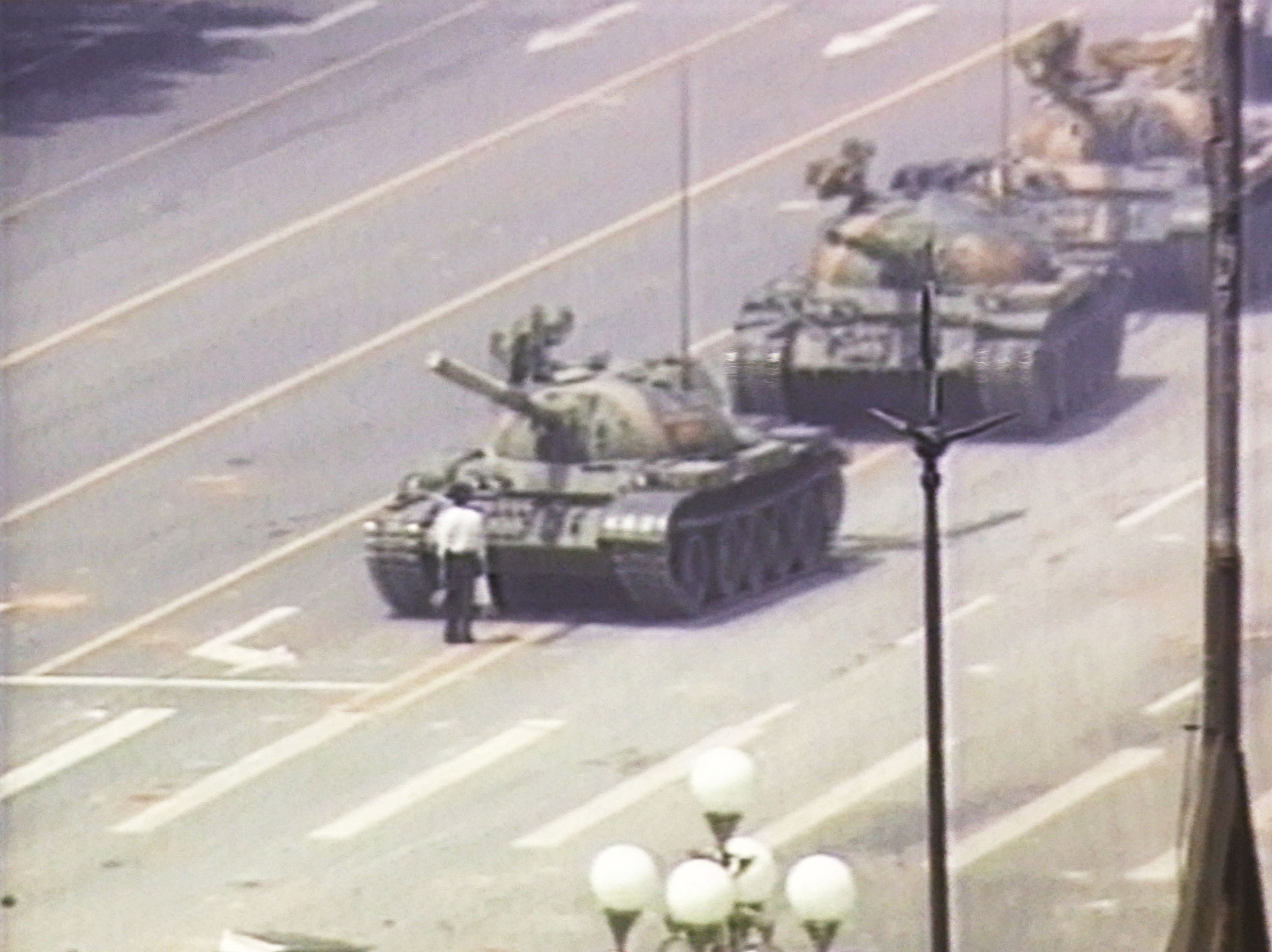 Some 800 student dissidents among the hundreds of thousands of mostly young people gathered there, ultimately escaped. This included 15 of the top 21 on the so-called Most Wanted list, such as Wu’er Kaixi, the charismatic, very public face of the rebellion, Chai Ling and her then-husband Feng Congde, Shen Tong, Liu Gang, Wang Dan and Li Lu.

This was thanks to Operation Yellow Bird, which began days after the massacre, run by a coalition to smuggle student leaders to safe haven in the West. (Operation Yellow Bird is named after an ancient Chinese proverb: “The mantis stalks the cicada, unaware of the yellow bird behind.”)

According to Jamil Anderlini in the Financial Times, on June 1, 2014: “The operation was extremely successful. It brought together an unlikely mix of ordinary Chinese citizens, sympathetic Communist officials, Hong Kong activists, western intelligence agencies, diplomats, and Hong Kong Triad gangsters.”

The stories are colorful, as you’d expect when Triads and diplomats work together, and in some cases hair-raising. Technological gizmos were used, like night-vision goggles, infrared devices, occasionally weapons. Buses, trucks, donkey carts, boats, name it. Some students were sheltered in cities or in rural hideouts before being spirited away, sometimes in disguise, to Hong Kong.

Some dissidents were imprisoned before finally escaping. Only five of the 21 topping the Wanted List escaped jail terms. Half of those on the Wanted List now live abroad. 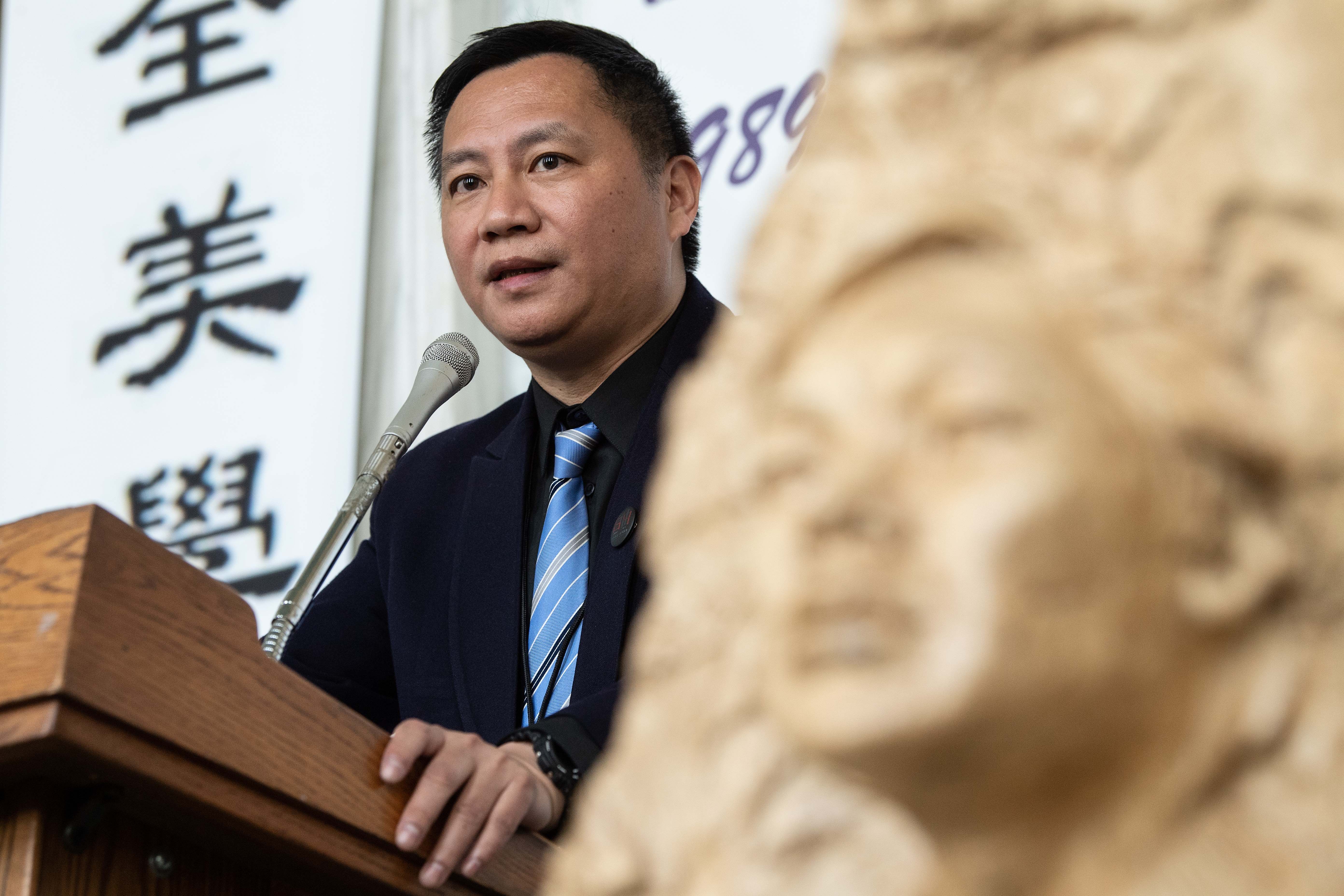 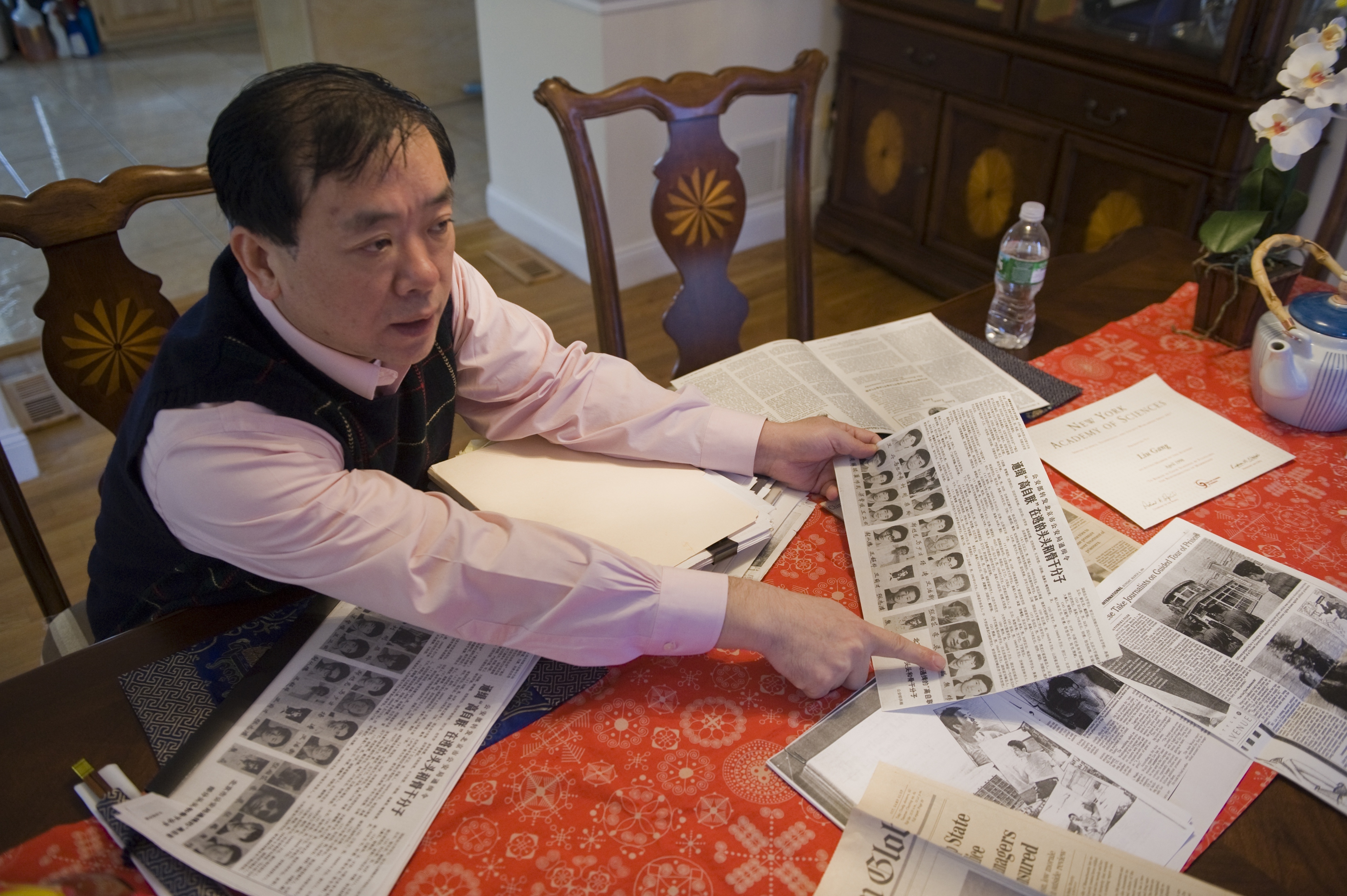 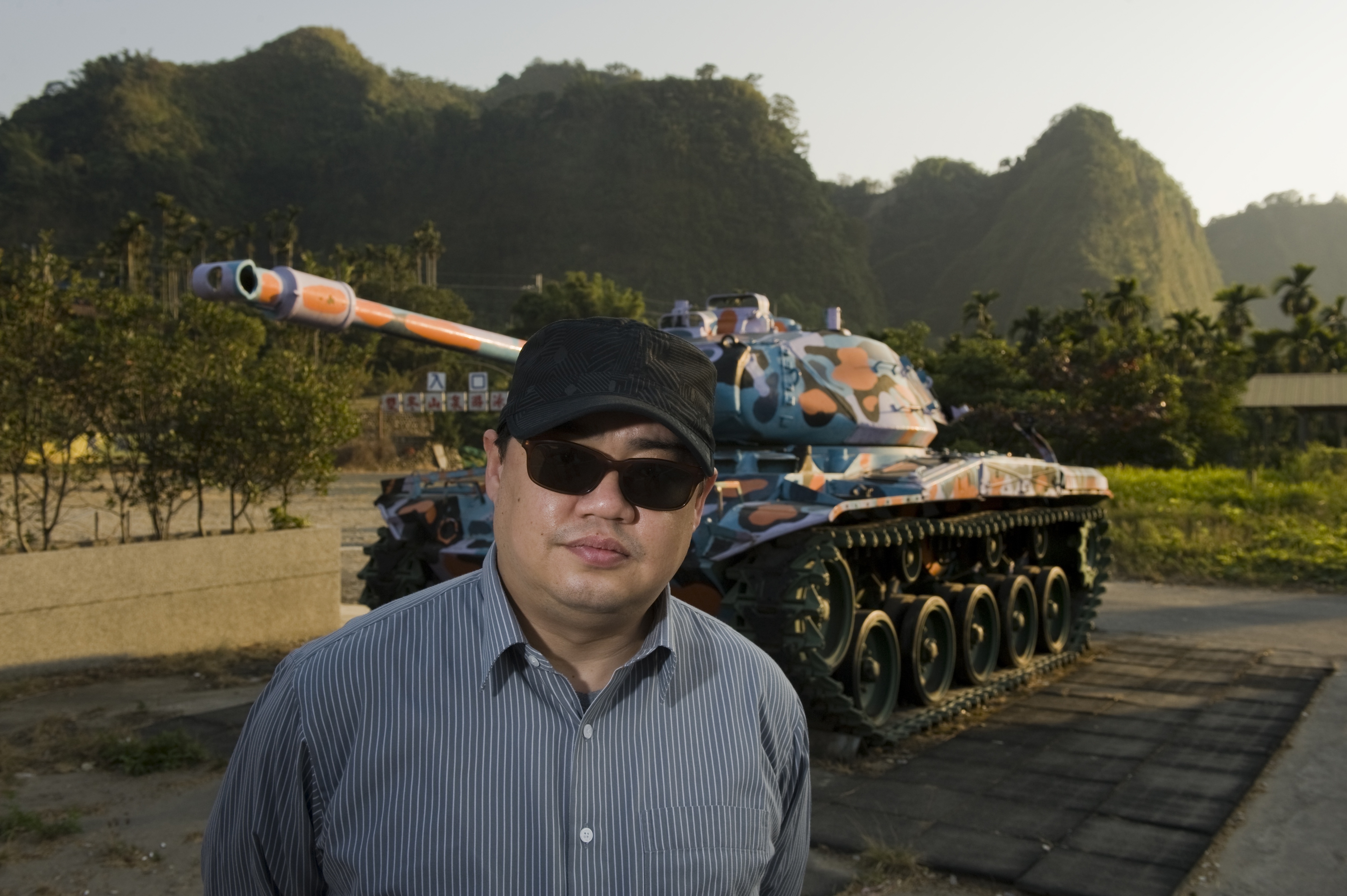 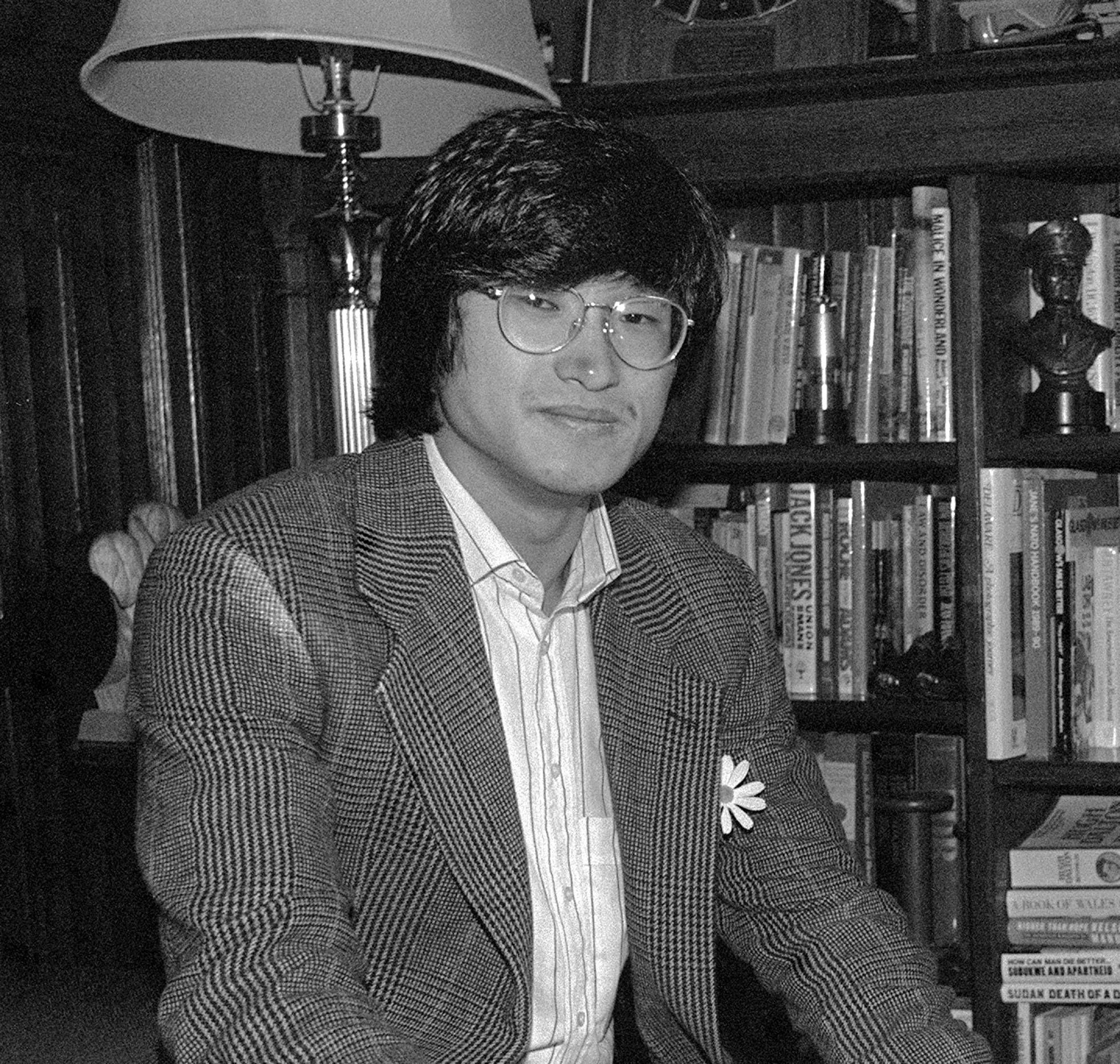 For three decades the Chinese government has worked relentlessly to erase public memory of the June 4th massacre. The Tiananmen uprising, which began with such promise, ended in turmoil, sadness and death. Sadly, most Chinese born after 1989 – if they know of it at all – have only a vague notion of what happened, and why. What information does reach them comes from foreign internet leaks.

“It is certainly true that many older Chinese don’t want to talk about it, and some young Chinese don’t know it happened. But for a society just like an individual, repressing a memory is different from forgetting. Tiananmen continues to reverberate across China,” Wu’er Kaixi told the Wall Street Journal, on June 3, 2014. 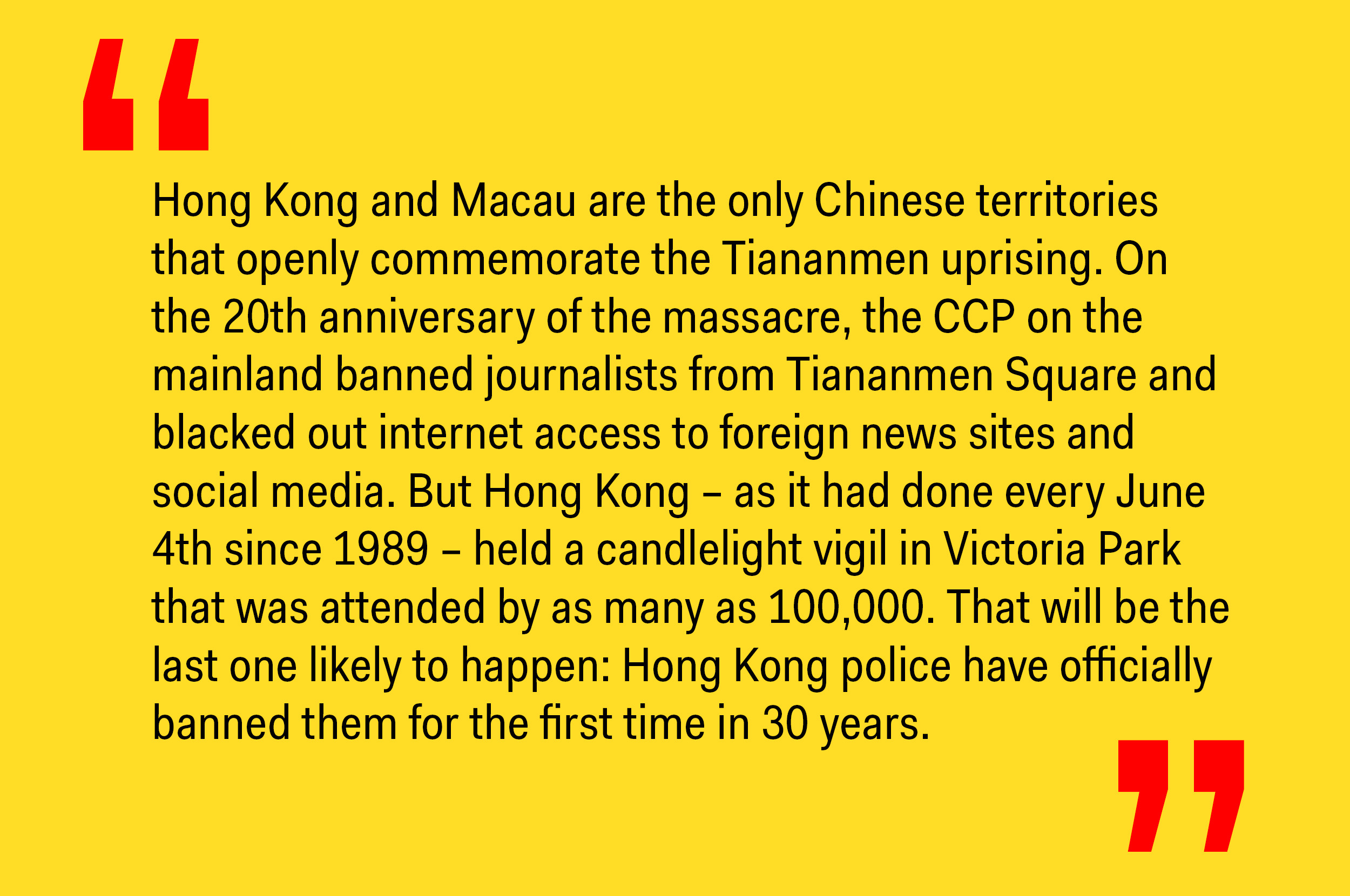 China’s current success in tech and entrepreneurship is a direct outgrowth of reforms from the early ‘80s, that expanded post-1989, when, partly due to the uprising, people were allowed to make money but (as the massacre taught them) not allowed to make noise. Get rich if you want, Mr. Ming, because the politicos are dipping their beaks into your profits. Corrupt? Yes.

Another major contributor to their success is China’s full-court press on industrial espionage: suck up Western secrets, techniques, sources and methods. This effort is not limited to foxy grey-haired Chinese Intel field officers, one or two of whom occasionally get caught, but is largely the work of tens of thousands of students currently in universities in the U.S., who then get jobs in tech and military-industrial companies.

Since 1989 China has evolved into a technological and financial powerhouse, jockeying for world dominance. Yet the main political issues that triggered Tiananmen remain. Consider the recent Hong Kong crackdown and demonstrations. Will the situation there boil over? Will Hong Kong become Tiananmen Square 2.0? And if so, what will the U.S. do, in the light of Trump’s current “trade war,” and persistent naval tensions in the South China Sea? 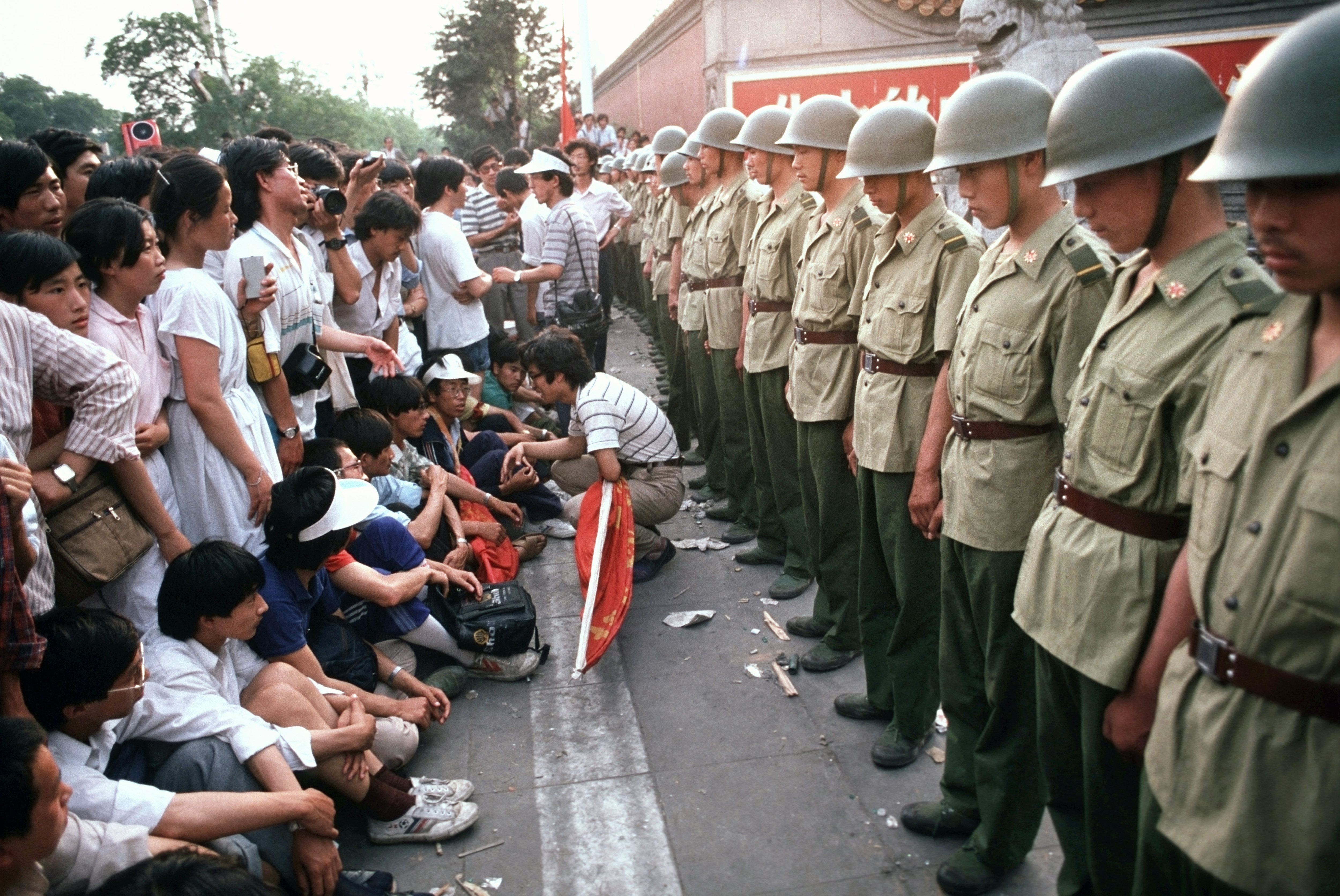 Some 1989 dissidents continue their activism from abroad, usually the U.S. Others still advocate for democracy even within mainland China.

As Shen Tong wrote in Almost a Revolution, the 1990 account of his life and the Tiananmen uprising, “That dream is the struggle of a generation of Chinese, who, like a larva waiting to be transformed, yearn for the strong and beautiful wings of a butterfly.”