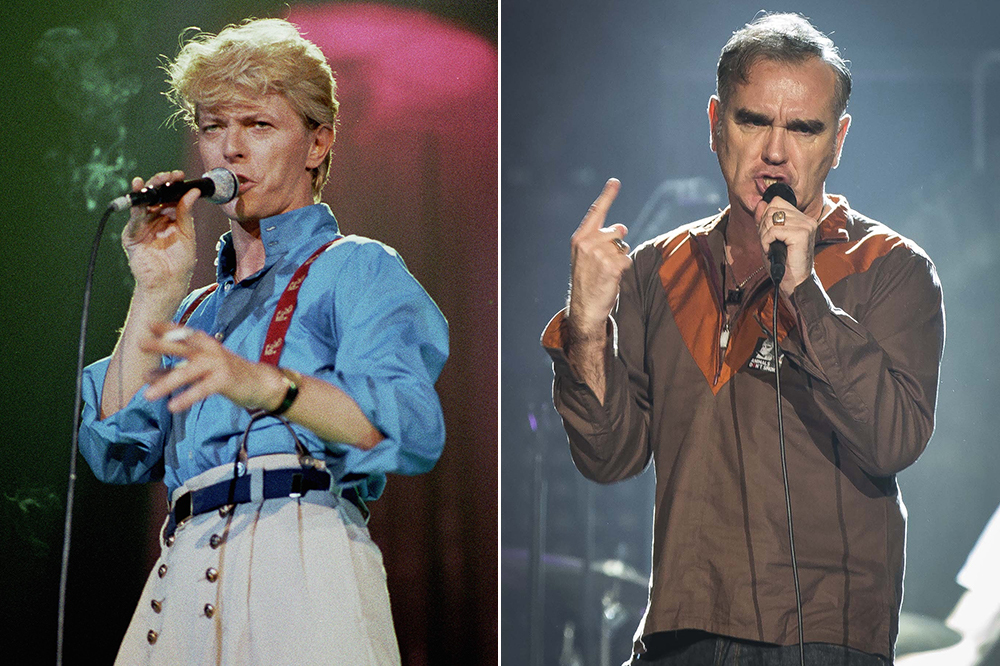 In 1991, revered Brit superstars David Bowie and Morrissey performed a cover version of T. Rex’s “Cosmic Dancer” at a concert in Los Angeles; that live cover will finally officially be released Nov. 13.

It arrives via digital download and streaming services, with a physical seven-inch single coming on Feb. 19. On the flip side of the single will be Morrissey’s take on The Jam’s “That’s Entertainment,” which is not, however, the same version of the song that Morrissey put out in 1993.

Morrissey’s official website says that “Cosmic Dancer” will have an “upgraded and edited video made in Los Angeles by Tim Broad.” That will also drop on Nov. 13.

The front and back photographs of David Bowie and Morrissey on the sleeve were taken in New York City by Linder Sterling.

Back in 2016, NME reported that Morrissey notably omitted David Bowie from a list of this year’s celebrity deaths when speaking to the crowd at a Manchester hometown gig. The crowd booed Morrissey for the omission.

The superstars had a tense relationship since touring together in 1995, which was exacerbated when Bowie refused to let Morrissey use a photo of themselves together for cover art, NME reported at the time. The Smiths lead replaced Bowie with a photo of Rick Astley.