The Hold Steady‘s fifth album, Heaven Is Whenever, is turning 10 this year. (Where has the time gone?) To mark the anniversary, the band announced a new double-LP reissue, out on Black Friday, Nov. 27.

Patterson Hood of Drive-By Truckers penned the liner notes, and here’s what he had to say about the record: 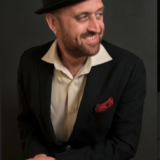 “HEAVEN IS WHENEVER saw one of the most loved bands of this, then still-new century take a perceived stumble and face a small comeuppance. It happens. Many bands don’t survive it, much less come out the other side intact and possibly better than ever…A lesser band might have imploded. Lesser artists might have tried to continue on repeating a successful template that denied the real consequences of the machine they built. Instead they dug deep and pushed onward into a darker night of the soul.”

The original album, which includes singles like “Rock Problems” and “The Weekenders,” was Craig Finn and company’s highest-charting project to that point.

Earlier this year, we took an extensive look at the band’s relationship with their fans during their London Weekender, which happened just before COVID paralyzed the concert industry and world.

You can preorder the reissue here.

Disc 1:
The Sweet Part of the City
Soft in the Center
The Weekenders
The Smidge
Rock Problems
We Can Get Together
Hurricane J
Barely Breathing
Our Whole Lives
A Slight Discomfort

Disc 2:
Ascension Blues
Touchless
Separate Vacations
Criminal Fingers
Beer On The Bedstand
At Least Not Tonight
Wonderful Struggle
Going On A Hike
We Can Get Together (Alternate)