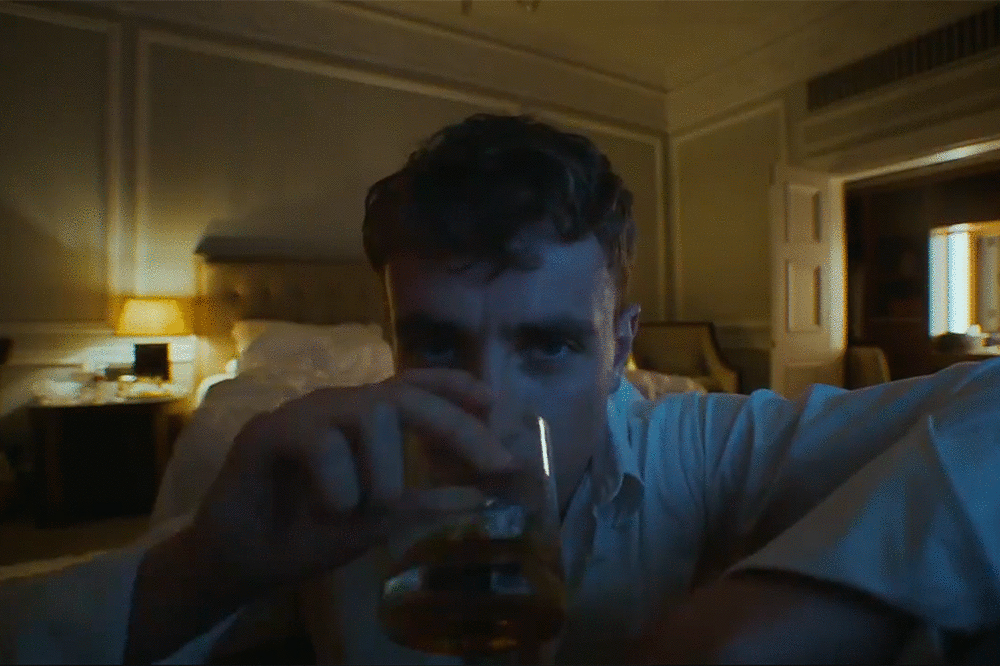 After sharing “Scarlet” a couple weeks ago, the Rolling Stones have now issued a visual for the previously unreleased 1974 track.

Directed by the filmmaking duo Us, the socially distanced shoot took place at the iconic Claridge’s hotel in London. “Scarlet” stars Paul Mescal, who’s just been nominated for his role in the Hulu series Normal People. Throughout the clip, he roams around his building – dancing, jumping, smoking, and singing.

Before the premiere, the actor talked with Mick Jagger about the shoot — his first appearance in a music video. “It’s nuts,” he told the singer. “It’s so exciting for me.”

“My recollection is we walked in at the end of a Zeppelin session,” Richards said of the track in a statement. “They were just leaving, and we were booked in next and I believe that Jimmy decided to stay. We weren’t actually cutting it as a track; it was basically for a demo, a demonstration, you know, just to get the feel of it, but it came out well, with a lineup like that, you know, we better use it.‘”

And since tours more or less have been canceled due to the global pandemic, they have shared rare live footage, made a funny quarantine video, and attempted to ensure that Donald Trump no longer uses their music on the campaign trail.

Watch the Rolling Stones’ new video for “Scarlet” below.

The band’s Goats Head Soup reissue is out on Sept. 4 via Polydor/Interscope/UME. You can pre-order the set here.