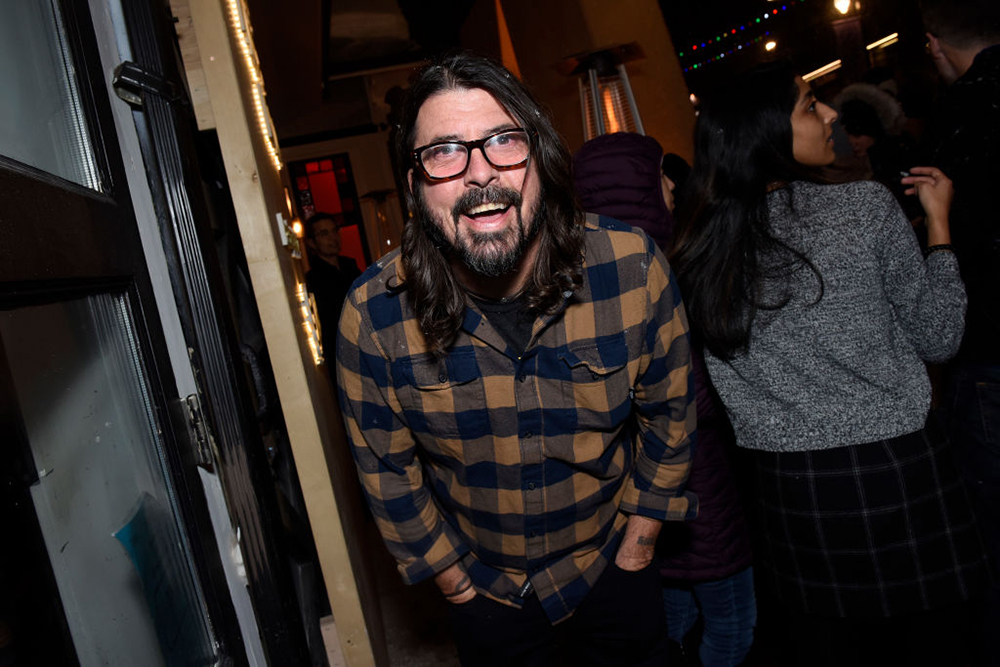 Throughout quarantine, Pat Finnerty has been challenging himself to play every section of a song and sharing it on Instagram Live. And over the weekend, Finnerty, who’s a Dave Grohl superfan, decided to hop on another project called ‘Grohlathon’ as a means to get the Foo Fighters frontman to join him on a cover of Dire Straits’ “Money for Nothing.”

And nine hours into his marathon IG Live session, Grohl finally crept in.

“What the fuck are you guys doing?” Grohl yelled as he found his cardboard cut-out on Finnerty’s screen.

Finerty managed to keep his cool and explain the project to the Grohl, while the Foos guitarist and singer sipped on his red wine. As the convo continued, Finnerty was able to fulfill his dream of playing the Dire Straits track with Grohl, who played drums on the track.

“Grohl was as cool as I knew he would be,” Finnerty, who’s from Pennsylvania, told Rolling Stone. “I’ve always wanted to host a talk show and corona has kind of given me one. I want it to grow so that I could do cooler shit, because I have ridiculous ideas that I think will all work.”

He continued, “My whole fucking life has been spent looking at Grohl. In high school, all I did was listen to Nirvana. And if I want to watch a documentary now, there’s Grohl. And he plays with the Beatles. He plays with Led Zeppelin.”

Thanks to everyone on Team Grohlathon for pitching in and especially @cestclairemusic for screenshotting this after my phone died. WE GOT GROHL

We got Grohl. Thanks Grohl.