It should go without saying that this year has been sorely lacking in joy, but the end of July is here and the NBA has flown an entire league down to Disney World to finish out the season. In what feels like a two-month-long Battle-of-the-Bands-version of sports the excitement is certainly there…but the weirdness is palpable.

All players, coaches, and staff are sealed within what has been termed ’The Bubble,’ which we had assumed meant Epcot Center. Instead, it seems to be a series of makeshift courts built within hotel ballrooms (imagine that!).

The games are played without fans. The tech side seems to be getting all the attention. The Lakers are letting JR Smith crash on their floor. Sound familiar? Perhaps they found a way to make SXSW happen after all!

This is certainly the most precarious NBA postseason since the lockout-shortened season of 2012, but it’s also probably the most exciting postseason OF ALL TIME, if only due to the lack of other quality entertainment options at present. The hole we tried to fill with Ben Gibbard livestreams and discussions of how great the music supervision was in The Last Dance might finally be filled. And not just with games — we’ve got storylines galore. 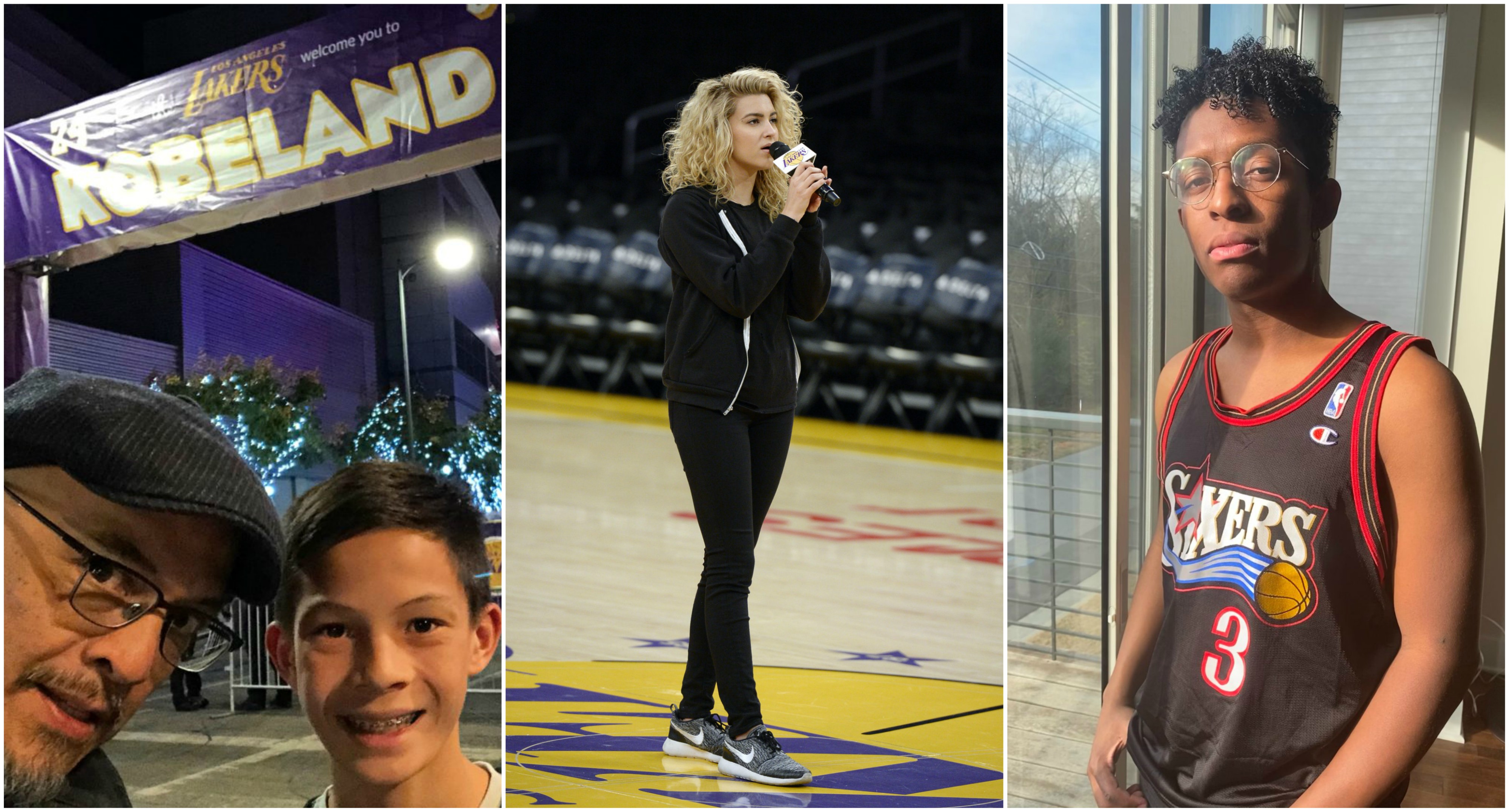 ARE THESE GUYS READY TO PLAY?

Now look, I’m sure you’ve been hitting that Zoom workout every day and are looking spectacular. But our quarantine months haven’t exactly gone that way. We imagine the NBA to be the same. Is the eventual winner here going to be whoever had the best running playlist?

In some ways, the NBA felt like where COVID-19 suddenly became real for millions of people. In the middle of a live basketball broadcast, everything was stopped and it was announced that a player was believed to have the virus. Nobody knew what to do in that moment, and just about everyone got a push notification on their phone about it that evening. Things started shutting down shortly thereafter.

And now, the NBA seems to be setting the model for how we might be able to safely have sports again, which feels like a stepping stone towards other activities. Yes, as musicians we’re dying to get concerts back up and running (we miss you!… btw: please go lend your support to NIVA if you have a moment), but we’re going to have to learn to crawl before we walk here, so Lou Williams… please, my guy… Bubble-only from here on out. It’s the only way we might see you & Meek doing “I Want It All” at Coachella 2021.

OK, OK… SO SPIN ACTUALLY WANTS US TO DO PREDICTIONS

And we’ve agreed to do so, even if the game results and gameplay might be a little inconsistent (especially at first), because as we mentioned this is potentially the most excited we’ve ever been to watch an NBA postseason and y’know… we’ve got time…

Our methodology here: While there are a lot of pundits out there discussing matchups (and while we appreciate the effort that goes into those segments and articles) we’ll base our predictions solely on the starting lineups as currently listed. After all, the nuance which once was disclosed by NBA Insiders has been supplanted by the uncertainty of COVID-era basketball.

With that being said…

The Celtics and Bucks are the favorites, right? While Philly is an incredible video game style experiment, Ben Simmons and Joel Embiid have proven themselves incompatible building blocks. The process worked, but Philly ended up with two guys who just don’t quite harmonize.

The Bucks and Celtics are truly even, but Giannis has to be considered the difference-maker. Middleton and Bledsoe vs. Tatum and Jaylen Brown? Kemba Walker and Gordon Hayward vs. the Lopez Bros and (the underrated) George Hill?!

Ultimately we have calculated using less than scientific principles that one Giannis is too great a force for any other form of matter to stop. (Take that for analytics.)

Also, they invited us to come to play at their practice facility once, and SPIN is not requiring us to take a course in media ethics for this write-up.

We are picking the Clippers to come out of the West. I know. I know. Did we forget about LeBron and the Lakers? NO, we did not. They are a great team, but LeBron’s beard went gray over the last few months which has to mean that he’s finally aging, and their offseason signings are just not gonna cut it. Believing in Rondo and Dion Waiters to compete with the depth that the clippers have is crazy. Hot take: We’d rather see Denver in the West finals anyhow. Give us some Bol Bol. HOW BOUT SOME MPJ?

We admit maybe it’s possible that the Lakers will just NBA JAM their way through this thing…. But the Clips have their own Dynamic Duo and a good bit more depth.

Clippers take it and force Paul Tollett’s hand on getting Sweet Lou at least a daytime slot in the Gobi Tent.

The Finals? Who knows. Nothing has gone the way it should this year. We just want there to BE a Finals. If you’re forcing us to choose we’ll go Bucks, but there will subconsciously be an asterisk that comes with this championship. We’re just happy to have the NBA back in our lives.

Let’s get it started in here.

For more info on JR JR you can follow them on twitter/IG (@jrjrmusic). Their most recent release, ‘ Swish’ (a Basketball themed Vinyl release) is available here.