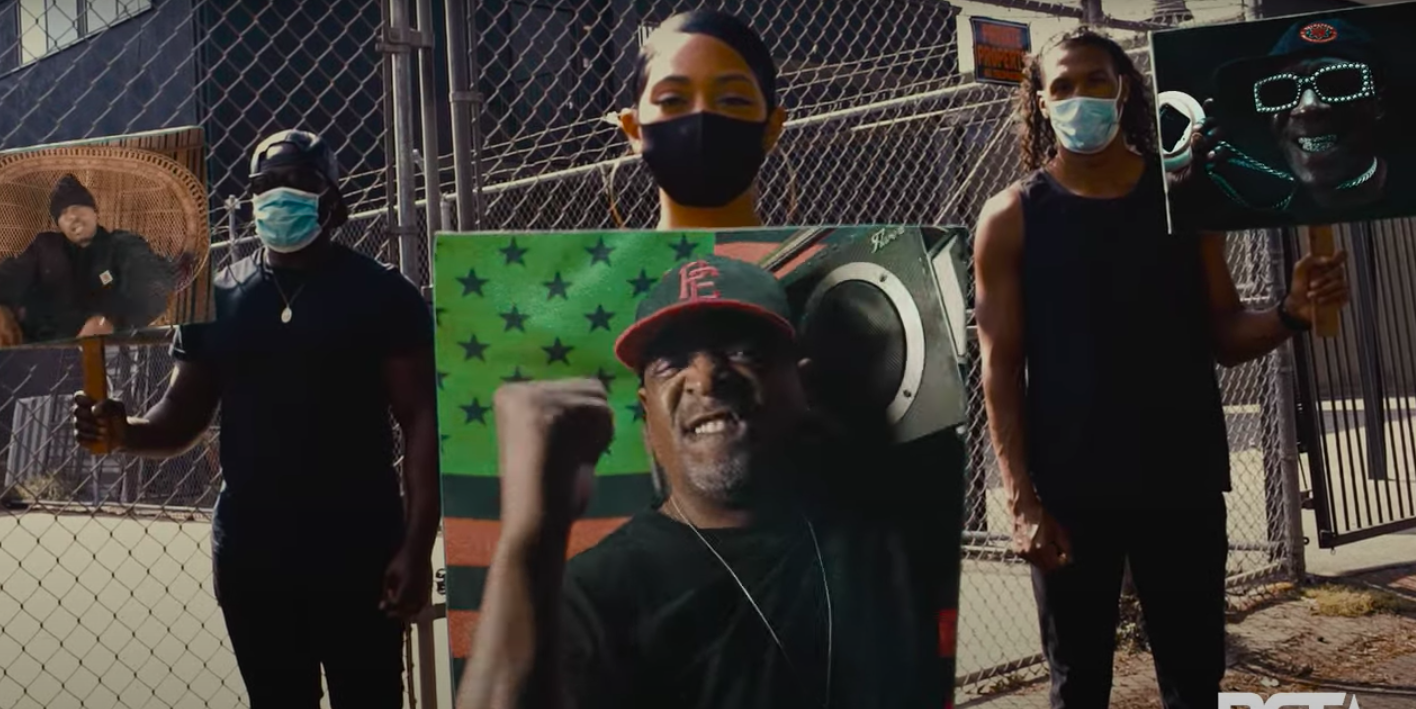 Public Enemy was joined by an all-star group of musicians to open up the BET Awards with their 1989 classic “Fight the Power.”

Nas, Rapsody, Black Thought, YG, ?uestlove, JAHI, DJ Lord, Professor Griff and S1Ws all performed on the PE classic, which was recorded (of course) remotely due to the ongoing coronavirus pandemic. Some contributed new verses to the 2020 version of the song.

The performance comes a week after Public Enemy released their new single, “State of the Union (STFU),” which was produced by DJ Premier.

We spoke with Chuck D. following the release of the single, where he told us about its origins in more detail.

Watch the new version of “Fight the Power” below.