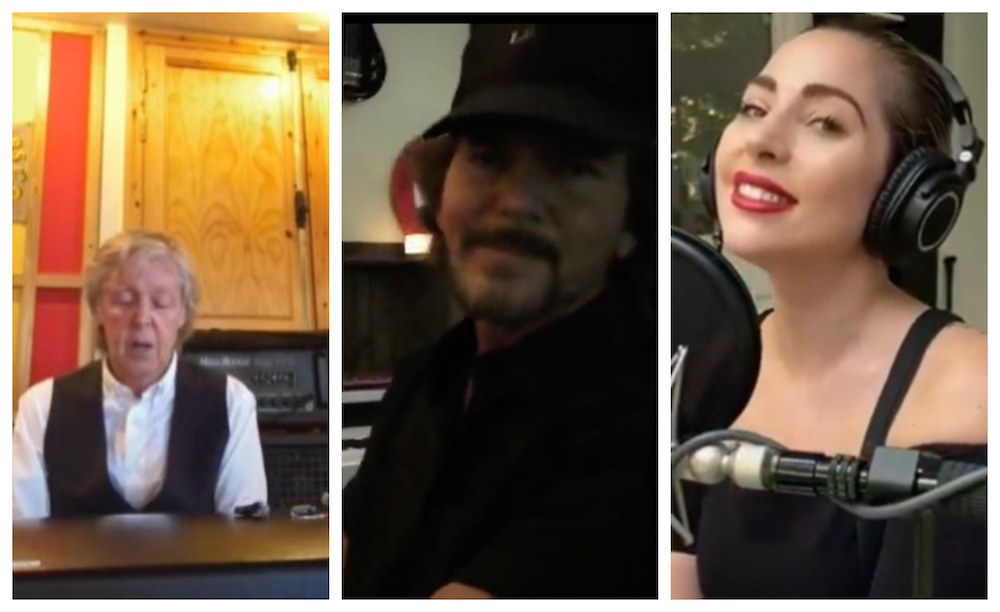 The much-anticipated One World: Together at Home livestream took over network and some cable TV channels on Saturday night.

Lady Gaga opened the show with a performance of “Smile,” a song originally written by Charlie Chaplin that was made famous by Nat “King” Cole. Lizzo covered Sam Cooke’s “A Change Is Gonna Come.” Green Day’s Billie Joe Armstrong chipped in with an acoustic version of “Wake Me Up When September Ends.”

Ahead of his performance of “Lady Madonna,” McCartney dedicated the performance to his mother Mary, who was a nurse during World War II. John played “I’m Still Standing” in front of a wall of ivy. Vedder performed “River Cross” at home on an organ. It’s the second performance of the Gigaton song, with the first being at Ohana Fest in 2017.

The Rolling Stones played a stripped-down version of “You Can’t Always Get What You Want” via Zoom or some kind of technology, and whenever one of the band’s parts kicked in, the cam was activated

Watch and listen to the performances below: