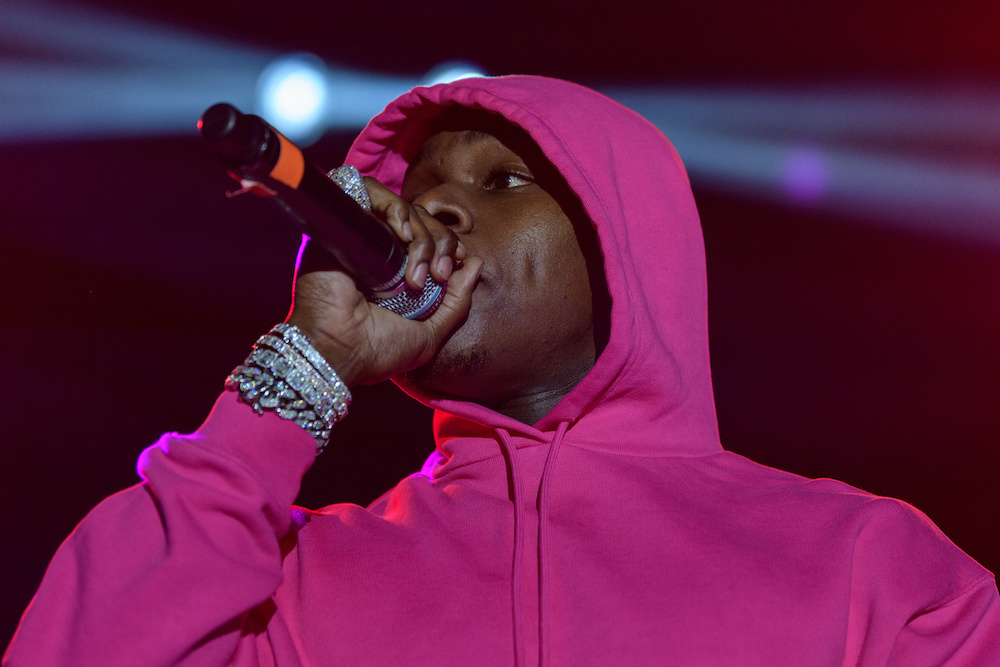 As DaBaby was making his way to the stage on Saturday night at Whiskey North in Tampa, Florida, he assaulted a woman who had her phone pointed in his direction. In a video shot inside the venue, the woman waves her phone’s light in DaBaby’s face, with his response being to strike the fan, sending her to the ground as the crowd looks on in disbelief.

After the assault, the audience gathered at Whiskey North turned on the rapper and started booing him. According to TMZ, DaBaby and his entourage left the venue without performing.

In a series of Instagram posts, DaBaby tried to explain what happened. He claims that because of the light shining in his eyes, he couldn’t tell if the fan was a man or a woman. He also asserts that the woman hit him on the face with her phone as she brought the phone closer.

“Out of all them fans in there, how many people knew how to zoom in — just zoom in — instead of popping me in my motherfucking eye with the phone,” BaDaby said on Instagram. “Male or female, I would have responded the exact same way.”

DaBaby also seemed to extend an invite to the fan to have her meet with him either publicly or privately and apologize to her.

However, in an earlier Instagram post, he wrote, “Who know shawty government name so my lawyer can get active?” over a clip of the assault.

DaBaby — whose real name is Jonathan Lyndale Kirk — had performed at the Wind Splash concert in Clearwater Beach, Florida, earlier in the day without incident. The Whiskey North show was an after-party for the event.

The rapper had been arrested earlier this year in Miami after assaulting a local concert promoter at a hotel.