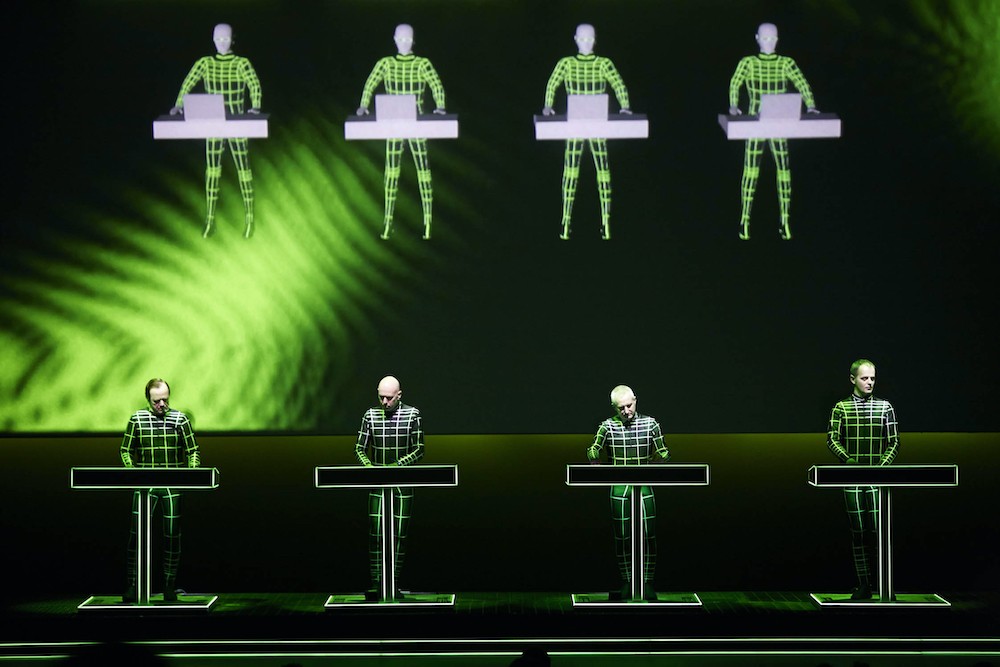 Kraftwerk has announced that they will be returning to North America for a 3-D summer tour to celebrate their 50th anniversary.

The robots from Düsseldorf, Germany, have been touring their 3-D show extensively ever since its first iteration premiered in 2012 as part of the band’s catalog retrospective — aptly titled Retrospective 1 2 3 4 5 6 7 8 — at the Museum of Modern Art in New York City. The show, which saw the band perform each of its albums in sequential order over eight days, also traveled to cities like Tokyo, London, Sydney, Los Angeles, Stockholm, Berlin, and Vienna.

Interest in those retrospective shows was high, leading the band to adapt all its shows into the 3-D spectacle fans are still enjoying to this day.

Despite the band’s proclivity for touring, Kraftwerk has not released any new music since 2003’s Tour de France Soundtracks, itself based on the song “Tour de France,” which was first released in 1983. Recognized as electronic music pioneers, the band won a Grammy Lifetime Achievement Award in 2014 and won their first actual Grammy award in 2018 for Best Dance/Electronic Album for their live album, 3-D The Catalogue.

Check out the dates below: