The guitarist reunited with RHCP and an old friend 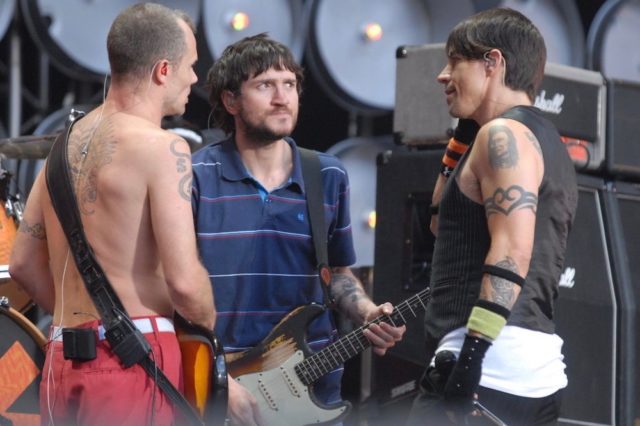 John Frusciante made his first appearance with the Red Hot Chili Peppers since he rejoined the band at a memorial event put on by the Tony Hawk Foundation. The jam session was in memory of billionaire Ronald Burkel’s son, Andrew, who died last month at 26 and was an avid supporter of the nonprofit.

The California icons played through a variety of tunes like “Give It Away” as well as covers of Gang of Four’s “Not Great Men” and Iggy Pop’s “I Wanna Be Your Dog” (Stephen Perkins of Jane’s Addiction was playing drums in place of Chad Smith).

Frusciante returned to the stage for a rendition of “Mountain Song” during Jane’s Addiction’s set. Playing alongside Dave Navarro — a former Chili Peppers guitarist and another six-string virtuoso in his own right — the two musicians joined forces in a moment that Navarro called on social media “Absolute magic.”

The unexpected show preceded their upcoming 2020 festival dates including BottleRock Napa Valley and Boston Calling Music Festival. Check out the fan-shot clips from the event below.