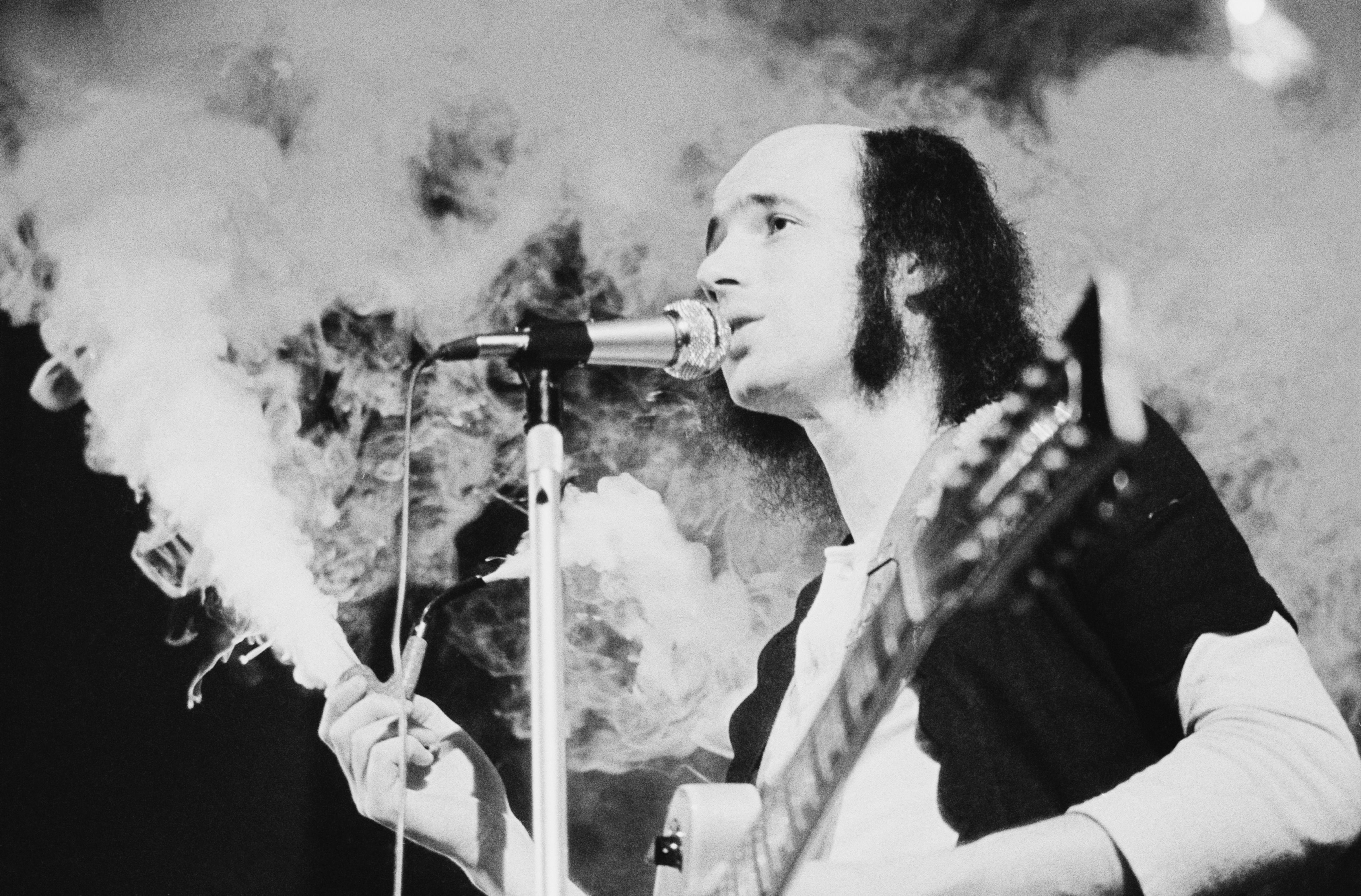 Neil Innes, a British songwriter and comedian who collaborated with Monty Python and co-founded the Beatles pastiche band The Rutles, has died at age 75. A statement posted to Innes’ website said the musician died unexpectedly on Sunday (Dec. 29) of natural causes.

“We have lost a beautiful kind, gentle soul whose music and songs touched the heart of everyone and whose intellect and search for truth inspired us all,” the spokespersons’ statement said.

Innes’ music career started in the early 1960s with the formation of the Bonzo Dog Doo-Dah Band, an avant-garde comedy combo that in 1968 yielded the top-five single “I’m the Urban Spaceman,” which was co-produced by Paul McCartney and earned Innes an Ivor Novello Award. One of the band’s songs, 1967’s “Death Cab for Cutie,” later became the name of a U.S. indie rock band.

Bonzo Dog and Innes made numerous appearances on both seasons of the U.K. comedy series Do Not Adjust Your Set, which featured eventual Monty Python members Eric Idle, Terry Jones, and Michael Palin. In the early 1970s, Innes began a fruitful partnership with the legendary comedy troupe, contributing to their studio albums and stage show. He wrote several songs and played a head-thwacking monk (among other small roles) in 1975’s Monty Python and the Holy Grail, and had a bit role in 1979’s Life of Brian.

The same year as Holy Grail, Innes collaborated with Idle on his short-lived BBC sketch show Rutland Weekend Television, which introduced the world to four shaggy-haired lads from Rutland called The Rutles. American audiences were largely introduced to the “prefab four” — another nod to the Beatles — in 1978 with the Lorne Michaels co-produced TV mockumentary All You Need Is Cash, which parodied the life and career arc of its source material.

While the special was a ratings dud for NBC, the Warner Bros. soundtrack was a hit and featured 14 songs penned by Innes, including parodies like “Ouch!” (“Help!”), “Piggy in the Middle” (“I Am the Walrus”) and “Another Day” (“Martha My Dear”). Some songs were pastiches of several Beatle songs, including “Hold My Hand” (“I Want to Hold Your Hand,” “All My Loving,” “She Loves You,” and “Eight Days a Week”).

The album earned a Grammy nomination for best comedy recording.

A reissue of the LP included standouts like “Get Up and Go” and “Let’s Be Natural,” which resemble “Get Back” and “Dear Prudence,” respectively.

The band sans Idle (who didn’t actually sing or perform on the debut) reunited in 1996 and recorded a second album, Archaeology, which like its predecessor was written by Innes. Songs included “Hey Mister!” (“I Me Mine and “Yer Blues”) and “We’ve Arrived! (And To Prove It We’re Here)” (“Back in the U.S.S.R.” and “Flying”), among others.

In 2002, Idle used old footage of the band for The Rutles 2: Can’t Buy Me Lunch, a little-watched re-telling of the band’s history that did not involve Innes.

Innes released numerous solo albums over the years, beginning with 1973’s How Sweet to Be an Idiot. His final album, this year’s Nearly Really, nearly did not get released after he lost funds raised through Pledge Music. A Go Fund Me campaign remains open in an attempt to recuperate the money raised.

Outside of the Monty Python-iverse, Innes starred in his own BBC series called The Innes Book of Records and later worked on children’s shows including Puddle Lane and The Raggy Dolls.

In 2010, the Essex-born musician and writer formed a new group called the The Idiot Bastard Band.

Innes is survived by wife Yvonne, their three sons and three grandchildren, who “give thanks for his life, for his music and for the joy he gave us all,” according to a statement.