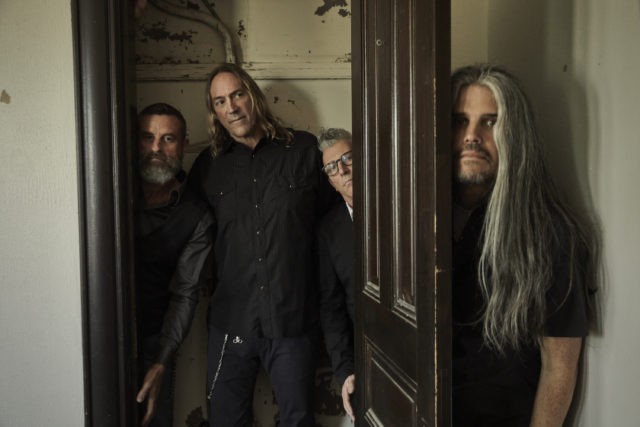 Burning Man overlapped with Tool’s album release day this year, which likely created a dilemma for prog-metal fans who had to make a choice between listening to Fear Inoculum the moment it came out or biking around the Nevada desert while wearing angel wings and a loincloth. Fortunately, artist Alex Grey was at the festival, where he held a Fear Inoculum listening party from his perch atop a giant installation called the Abraxis Dragon on Friday at twilight. Grey designed the Fear Inoculum cover in addition to the artwork for 10,000 Days and Lateralus.

Grey can be seen in the video below introducing the album before a group of people dressed like Mad Max Beyond Thunderdome extras start dancing to the sweet 7/4 prog rhythms.

“I feel so grateful to be at freest place on Earth, to celebrate the opening of one of greatest bands bands in the world” Grey said, to thundering applause. “This is one of my favorite Tool albums and I’ve only heard it a few times, so I hope that it will grow on you.”

Grey added: “This is the perfect launching pad for a way that I can share the love that is so extraordinary between these band members. I feel so blessed and grateful…thank you to the men of Tool and all their fans. Much love.”

Here’s a clip of a bunch of Tool fans grooving to “Invicible.”

And here’s a clip of the crowd getting down to “Descending.”

The Tool Subreddit hosted a video of Grey getting lost in the groove.

On Friday in the middle of the Playa at Burning Man, over 1000 TOOL fans took a break from the electronic music to enjoy the entire album. Look closely to see Alex Grey himself rocking out super hard in the white next to his artwork. This was absolutely amazing and the highlight of my burn. 🔥🔧🔥 from r/ToolBand

While a desert dance party sounds fun, nothing beats the comforts of home, like central air and a reliable wifi connection.