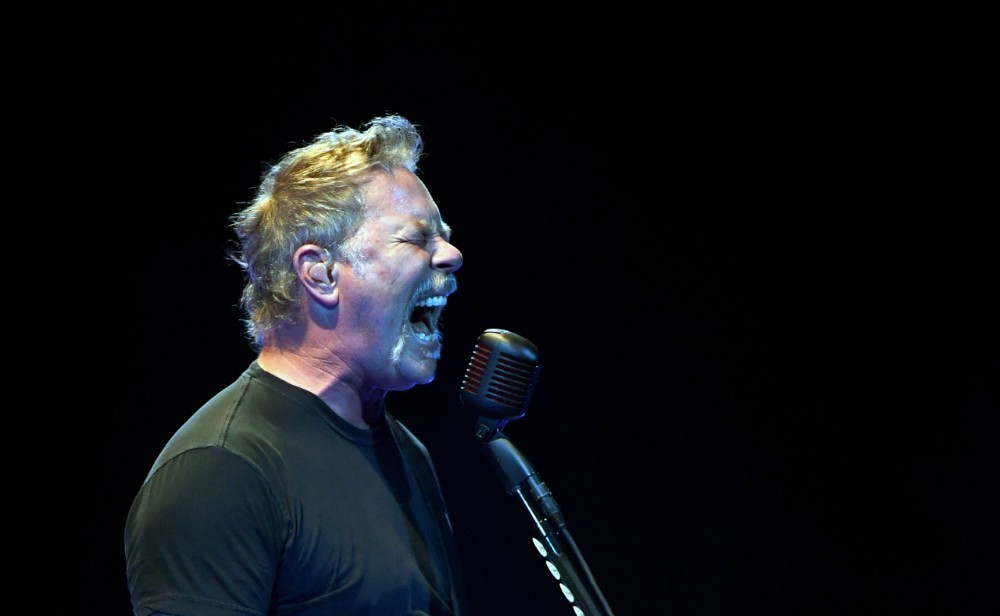 Diehard Metallica fans take note: a good way to receive a phone call from thunder-voiced frontman James Hetfield is to use his band’s music to keep a bloodthirsty cougar from mauling you and/or your dog. At least, that’s what Vancouver Island resident Denise Gallant says happened after she went viral a few weeks ago for playing Metallica’s “Don’t Tread On Me” on her phone to scare away the giant cat stalking her while she was out walking her dog, CTV News reports. Blasting Metallica was a last resort move after Gallant tried and failed to shoo the cougar away on her own, as evidenced by the video she filmed of the encounter.

“The first three, four notes of the intro and he was just gone,” Gallant told CTV News.

It became clear that the band was aware of Gallant’s run-in with the cougar after guitarist Kirk Hammett shared the article on his Facebook page last week. Gallant said Metallica’s rep called her last week to let her know that she’d receive a call from someone in the band, but she was still caught off guard when she picked up a call from a foreign number and heard Hetfield’s voice on the other end.

“I was a little bit lost for words,” Gallant told CTV. “It’s surreal how quickly it happened and how far it’s gone. The fact that he’s so down to earth and such a great person, I’m very pleased to find that out first-hand.” Apparently the two got along, especially when it came to their love of dogs.

“I can’t believe he knows my dog’s name,” she said. “If you had told the 18-year-old me that this would happen, I never would’ve believed it. I would’ve just fallen out of my skin with excitement.”

After the call ended, Gallant received a text consisting of a selfie of Hetfield along with the message: “Thought you might like some confirmation that it was me.”

Metallica’s rep confirmed to SPIN that it was indeed Hetfield on the phone.