Who Could Taylor Swift Possibly Be Talking About in This “Shake It Off” Performance? 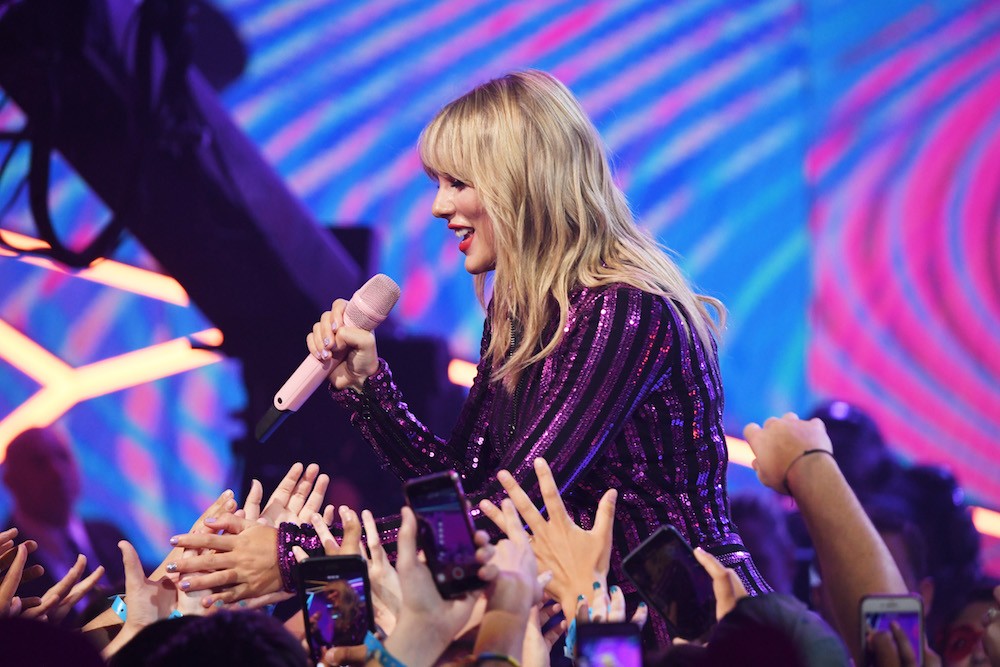 Yesterday brought the shiny and depressing spectacle of the Prime Day Concert, a musical extravaganza hosted by Amazon in hopes of inching their big day of discounts closer to something like a national holiday. The headliner was Taylor Swift, who performed after brief sets by SZA, Dua Lipa, and Becky G.

Taylor played her new singles “ME!” and “You Need to Calm Down,” but the moment that has people talking came during her rendition of her 1989 hit “Shake It Off.” In the song’s spoken-word bridge, she seemed to add some extra oomph to the part about the “liars and the dirty, dirty cheats of the world.” You can watch it below:

Taylor Swift’s performance of “Shake It Off” is drawing attention after the singer strongly emphasized some key lyrics. #PrimeDayConcert. pic.twitter.com/8UFWUaCBOj

You could call it a subliminal shot if it weren’t so obvious who she was talking about: celebrity mega-manager Scooter Braun and Big Machine Records label-head Scott Borchetta. If you haven’t been paying attention, Swift has been publicly feuding with the two men ever since Borchetta finalized the sale of Big Machine—and with it, the ownership of Swift’s masters—to Braun late last month. Swift called the sale her “worst-case scenario,” because of what she says was Braun’s role in her spat with Kanye West and Kim Kardashian over the lyric’s to Kanye’s “Famous.”

“Now Scooter has stripped me of my life’s work, that I wasn’t given an opportunity to buy,” she wrote in part, in a statement posted to Tumblr after the sale. “Essentially, my musical legacy is about to lie in the hands of someone who tried to dismantle it.”

Swift fans were quick to pick up the innuendo, and Taylor herself apparently liked several Tumblr posts that made reference to the moment in the performance. Swift may have a point about ownership of her catalog, but if she’s gonna be calling out the dirty cheaters of the world, she might also take a look at the people signing her paycheck for the show.