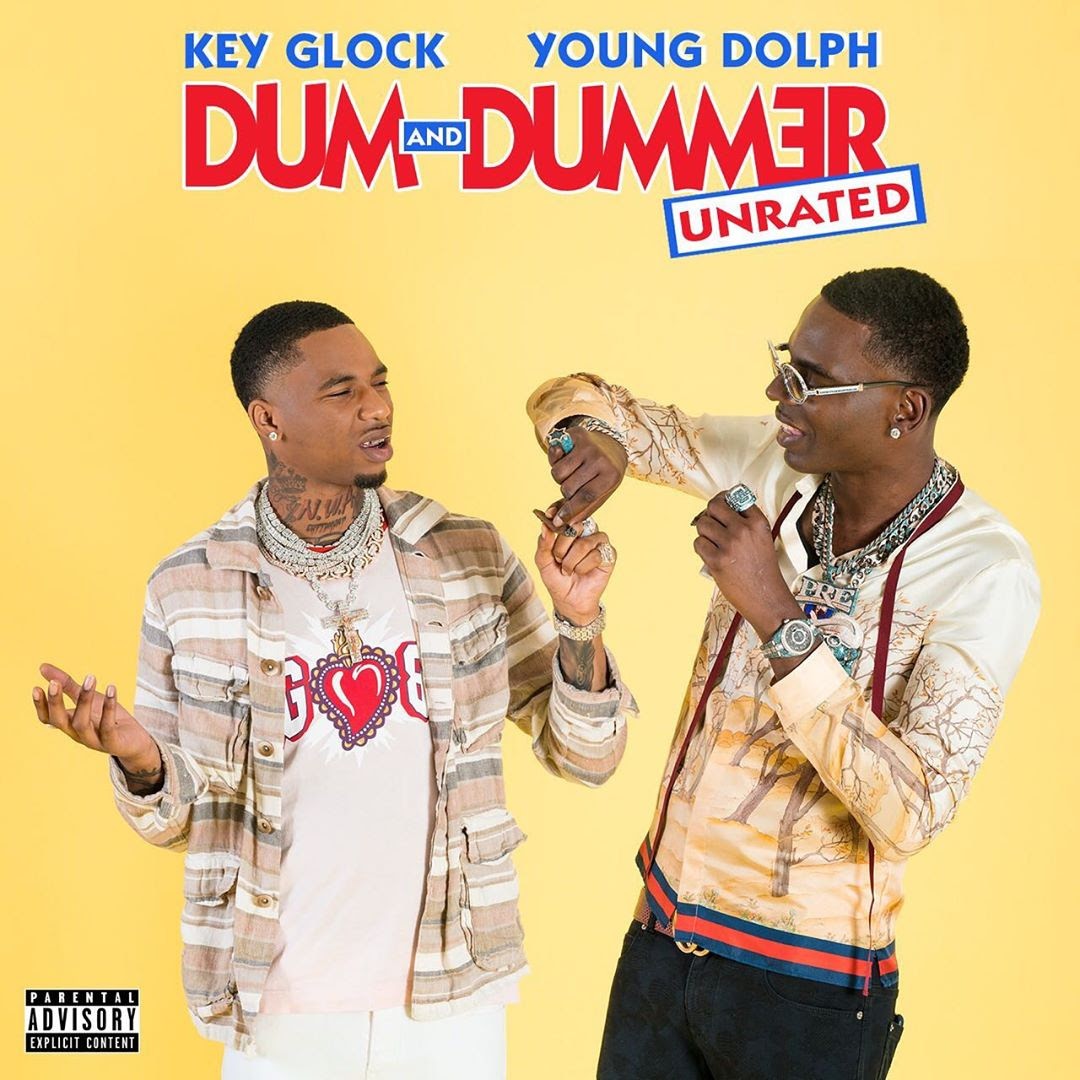 Two of Memphis’ finest street MCs, Young Dolph and Key Glock, have collaborated together on an exciting new mixtape. Dum and Dummer is a 22-track opus that shows off the two rappers’ chemistry, humor, and lyrical dexterity. Both Dolph and Glock have several solo tracks on the tape that allow them to flex their specific styles, hard-edged but underscored by humorous, Their enigmatic raps along with the menacing, Three 6 Mafia-esque instrumentals—both hail from Memphis—make for a hypnotic but invigorating listen.

Dum And Dummer features the singles “Ill” and “Baby Joker,” which both received the music video treatment. The previously-released Young Dolph track “Crashin’ Out” also makes the cut. Beats on the tape come courtesy of a producer named Bandplay, who gives the project its dark, haunted feel and heavy, speaker-breaking bass notes.

Dum And Dummer was released via Dolph’s Paper Route Empire label. Prior to this, Young Dolph released two projects in 2018, Role Model and N***as Get Shot Everyday and similarly, Key Glock also shared two tapes, Glock Bond and Glockoma, last year. Given the way both men release music, they will surely drop off more projects before the year is up. Listen to Dum And Dummer below.