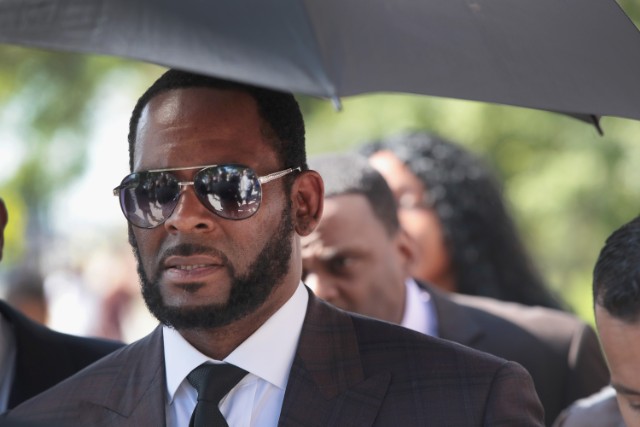 R. Kelly was ordered to be held in jail without bail during his federal sex crimes case at a Chicago court hearing on Tuesday. The singer was arrested last week on federal charges including child pornography, enticement of a minor to engage in sex, and obstruction of justice. He was separately indicted on federal charges in New York of racketeering, sexual exploitation of children, kidnapping, and interstate sex trafficking. Prosecutors said Kelly had victimized 12 women, at least eight of whom were underage.

Kelly’s attorney Steve Greenberg unsuccessfully argued that the singer would not flee and should be released from Chicago’s Metropolitan Correctional Center, where he has been held since Thursday. “Unlike his most famous song — ‘I Believe I Can Fly’ — Mr. Kelly doesn’t like to fly,” Greenberg said, per the Chicago Sun-Times. “There’s no evidence that he’s a risk to minors at all at this point.” Prosecutors on Tuesday called Kelly “an extreme danger to the community, especially to minor girls” and said “this risk of obstruction is real.”

Kelly still faces state charges in Illinois of aggravated criminal sexual abuse involving three underage girls and one woman, to which he has pleaded not guilty. He has consistently denied any wrongdoing since he was first charged with child pornography in 2002.

Read our complete timeline on the life and crimes of R. Kelly.