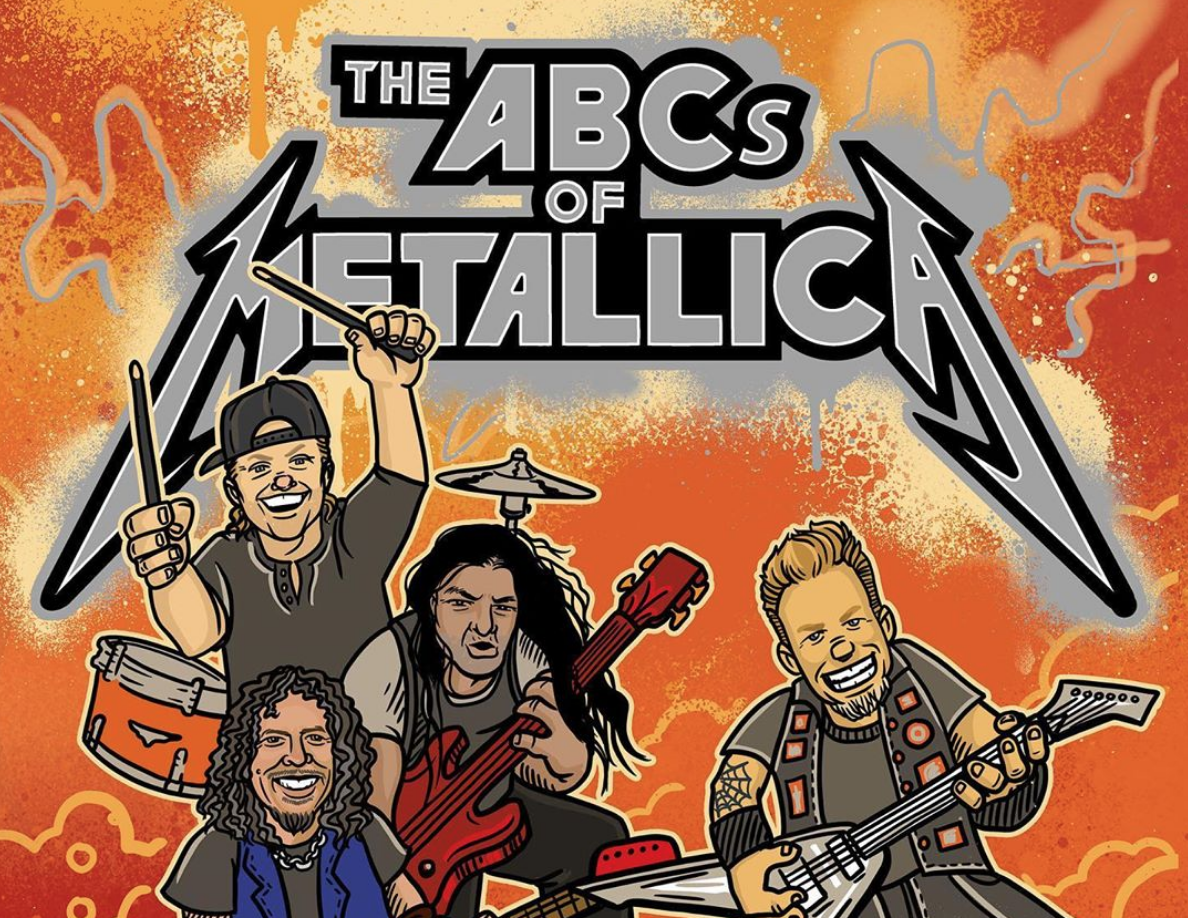 Metallica is releasing a children’s book. The ABCs of Metallica is due out on November 26, and part of the proceeds for the book will be donated to the band’s charity All Within My Hands (dedicated to “creating sustainable communities by supporting workforce education, the fight against hunger, and other critical local services”). The book is written by Howie Abrams and illustrated by past Metallica collaborator Michael “Kaves” McLeer.

“We have a new book coming out and this time it rhymes!” the band’s statement about the book explains. “Including rhymes and illustrations, The ABCs of Metallica looks back at the history of the band from, duh, A to Z! Each letter of the alphabet highlights a moment along our journey from Garage Days to Master of Puppets to fun facts about us.”

One wonders how this pans out: Is P for the the Performance-Enhancing Coach hired to get them through the making of their album St. Anger, as captured in the Some Kind of Monster documentary? Is B for Basquiat, in celebration of Lars Ulrich’s passion for collecting modern art? Is L for Lulu, or is it for Les Claypool, who once failed an audition to be the band’s bass player? N, surely, must be for Napster, but we’ll have to wait for the galleys to find out.

You can preorder The ABCs of Metallica, along with packages featuring accompanying shirts for both toddlers and adults, at the band’s website.

We’re having a bit of fun with our latest book release, “The ABCs of Metallica,” available in stores and online on November 26th. Not only do you get a rhyming, illustrated history of Metallica from A to Z, but a portion of the proceeds from your purchase will go directly to @allwithinmyhandsfoundation, assisting us in supporting workforce education and the fight against hunger. Visit metallica.com/abcs to pre-order your copy!