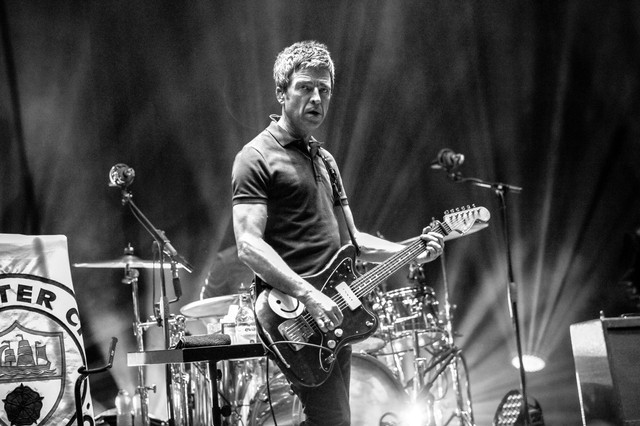 Noel Gallagher’s High Flying Birds have released their new EP, Black Star Dancing. The EP features two previously released singles, “Rattling Rose” and the title track, the former of which came along with a psychedelic lyric video, and the latter of which was accompanied by two remixes (“Black Star Dancing – 12″ Mix” and “Black Star Dancing – The Reflex Revision”). The EP’s official release contains just one more new song, titled “Sail On.”

In a press statement, Gallagher described the EP as a more danceable, pop-oriented release. “I might have been watching too much Top Of The Pops recently,” he said. “Anyway, it’s ‘dope’ … not my words, but the words of Nile Rodgers who literally danced in the studio when he heard it!”

Black Star Dancing marks the first release for Noel Gallagher’s High Flying Birds since 2017’s Who Built The Moon?.  They’re heading out on tour with Smashing Pumpkins later this summer, with AFI supporting on all dates. Stream the band’s new EP Black Star Dancing below.