Is This Film of a 14-Year-Old Louis Armstrong? 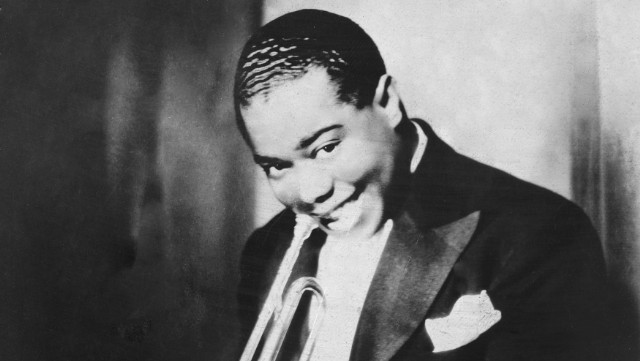 A jazz journalist has discovered old film footage that he believes features a teenaged, pre-fame Louis Armstrong. James Karst tells NPR that he stumbled into the clip of a New Orleans street in 1916 on the Getty Images website.

“A couple of seconds into this film clip, a newsboy walks into the scene,” Karst explains. “His back is facing the camera at first. And then he turns around, and you can see that he’s holding a newspaper — what I believe to be the New Orleans Item, an afternoon paper. And he briefly engages the camera, smiles and then he turns around and keeps going.”

“I saw it and immediately recognized that Louis Armstrong, when he was a young man in this very year, was a newsboy in New Orleans, and was one of, apparently, relatively few black newsboys in New Orleans in this location,” Karst continues. And so he set out to determine if his theory was correct.

Karst accessed census records, compared the facial features to the earliest known images of Armstrong, and reached out to Dr. Kurt Luther, a professor at Virginia Tech known for his work identifying people in Civil War-era photographs. Although the evidence is inconclusive, it definitely could be Armstrong.

At the time, Armstrong would have left the boys’ reformatory where he had been sent for shooting a revolver into the air on New Year’s Eve, and where he supposedly received his first formal music instruction. After being released, Armstrong worked as a newsboy to help support himself and his poor family.

If the boy in the footage is indeed a 13- or 14-year old Louis Armstrong, it would be the oldest video footage of the jazz legend by over a decade. Check it out for yourself below.