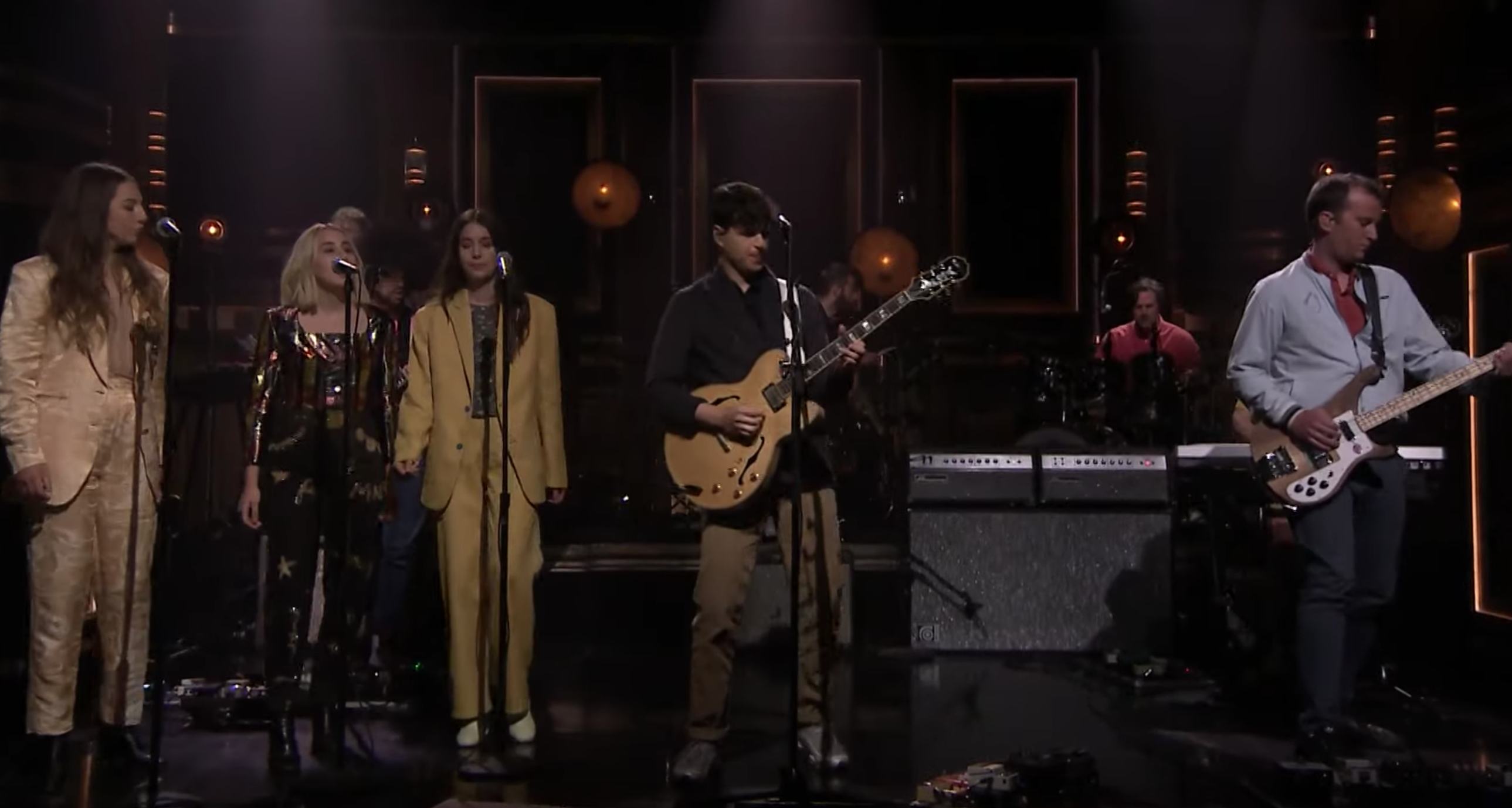 Vampire Weekend gave their first television performance in five years on The Tonight Show Starring Jimmy Fallon, playing “This Life” and “Jerusalem, New York, Berlin” from their new album Father of the Bride. The latter track features additional vocals from Danielle Haim, who performed on Fallon with the band. All three Haim sisters also appeared as gently swaying backing singers on “This Life.”

Vampire Weekend released Father of the Bride this past Friday. The band celebrated the occasion this weekend with an impromptu acoustic concert in New York City’s Washington Square Park on Saturday and a seven-hour-long show at the city’s Webster Hall on Sunday. Read our review of the album here, and check out the band’s Fallon performances below.