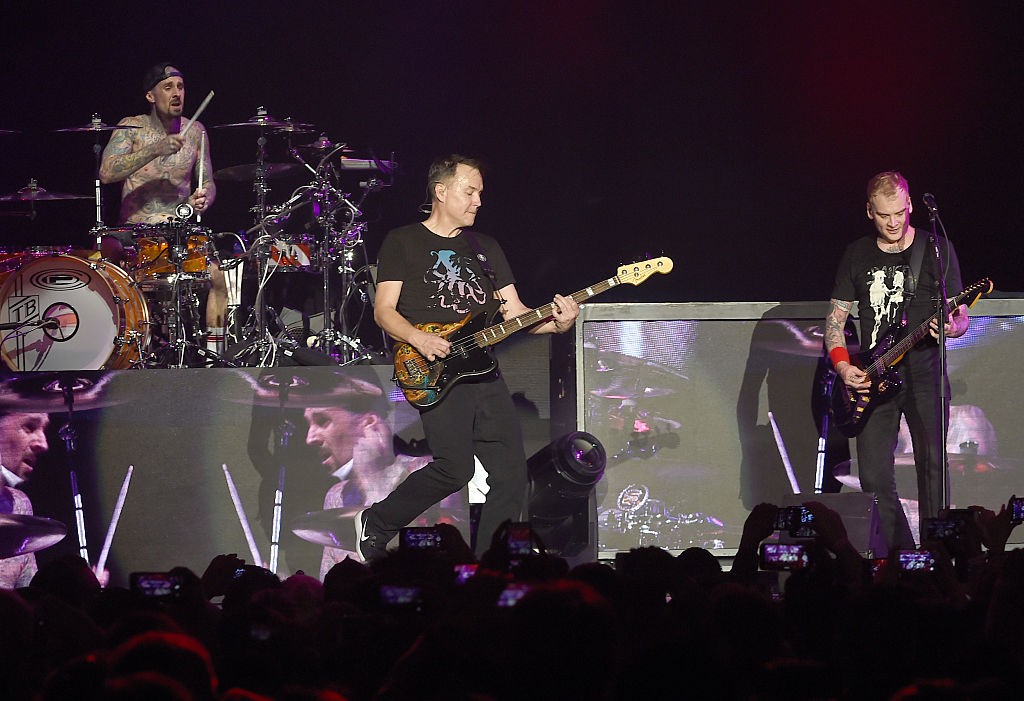 The lineup for this year’s Riot Fest has been announced. The punk-friendly Chicago festival will be headlined by Blink-182, Rise Against, and Slayer (their final Chicago-area performance), as well as Bikini Kill and The Raconteurs, both recently reunited. Also high on the bill are The Flaming Lips and Ween, who will both do album performances of their career-defining LPs Yoshimi Battles the Pink Robots and The Mollusk, respectively.

There will also be sets by Die Antwoord, Patti Smith, the B-52 (also a farewell appearance), Descendents, Violent Femmes, and Rancid. Taking Back Sunday will also perform their albums Tell All Your Friends and Louder Now, Dashboard Confessional will run through The Places You Have Come to Fear the Most, and in a boon for mid-aughts indie-rock devotees, Bloc Party will perform Silent Alarm in full.

Other highlights on the lineup include Against Me! performing both Against Me! Is Reinventing Axl Rose and Transgender Dysphoria Blues, and performances by American Football, Guided by Voices, Bob Mould, Anti-Flag, Andrew W.K., Less Than Jake, The Get Up Kids, and Cursive. The festival will occur the weekend of September 13-15 in Douglas Park.  See the full lineup for the 15th annual Riot Fest below. 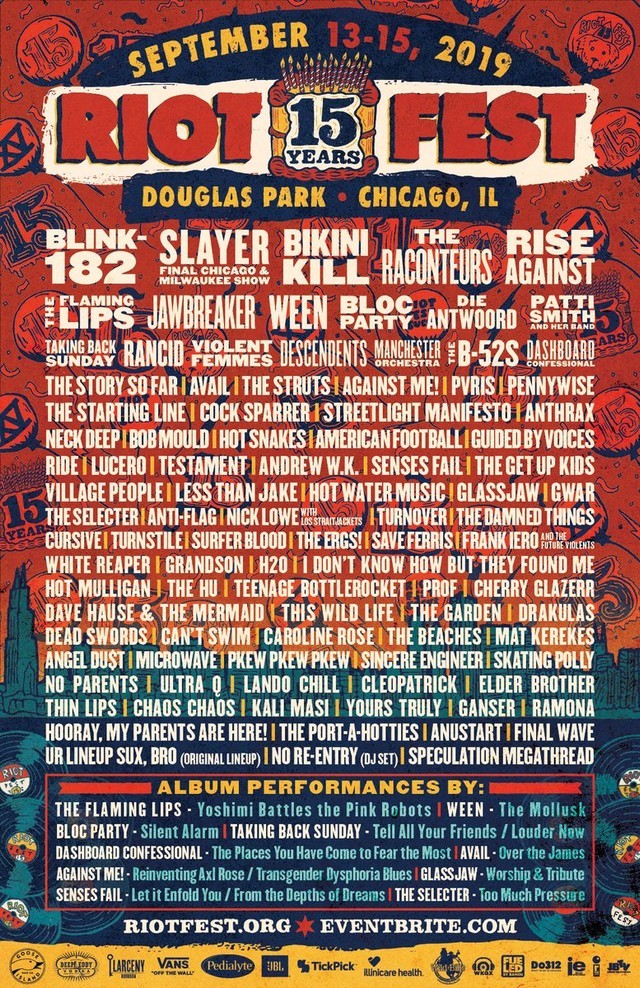 Watch Steve Albini Talk Jawbreaker in Don’t Break Down, a New Documentary About the Band