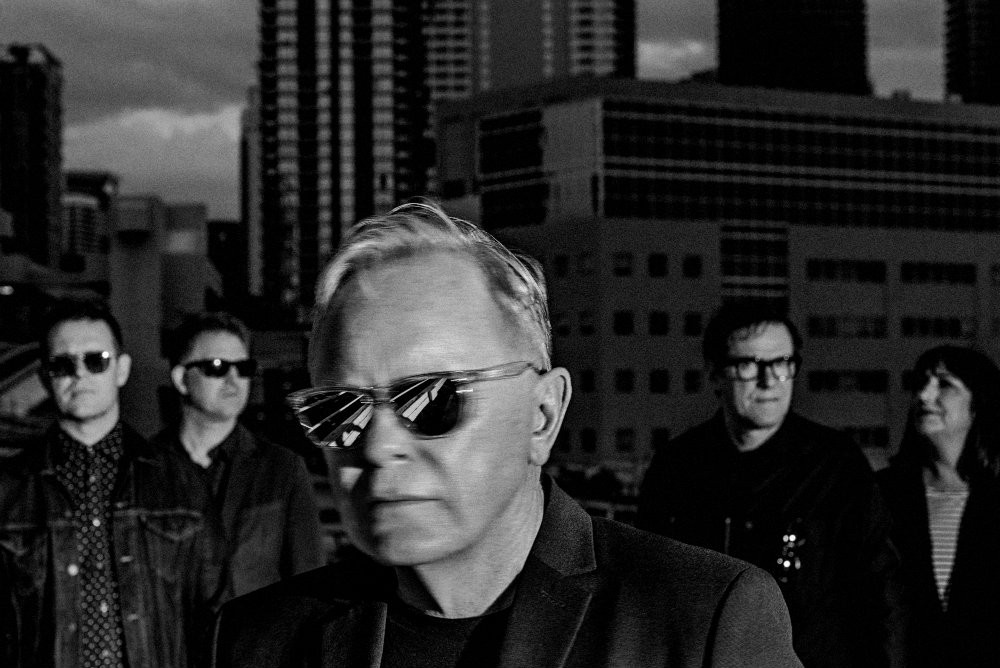 New Order have announced a live album recorded at the 2017 Manchester International Festival, when the band was accompanied by a 12-piece synthesizer orchestra and a “responsive stage” designed by artist Liam Gillick.

The live album, available in triple vinyl, double CD, or digital format, features the wildly unpronounceable title ∑(No,12k,Lg,17Mif) New Order + Liam Gillick: So it goes... Although a rep from Mute Records wasn’t sure how to pronounce the album when Spin reached out, he did helpfully break down the math for the laymen and certain bloggers who had to take Algebra II twice.

“Math-wise: it’s the summation (∑) of New Order (No), the 12-piece synth orchestra (12k) and Liam Gillick (Lg) at the 2017 Manchester International Festival (17Mif),” the Mute Records rep told Spin in an email. The “So it goes…” portion references the late Tony Wilson’s Granada TV music show So It Goes, where Joy Division made their television debut in 1978.

Check out the recording of the New Order classic “Sub-Culture” below:

Here is the tracklisting for the forthcoming live album, which includes the Joy Division song “Disorder,” a track the surviving members of the band haven’t played live in 30 years.